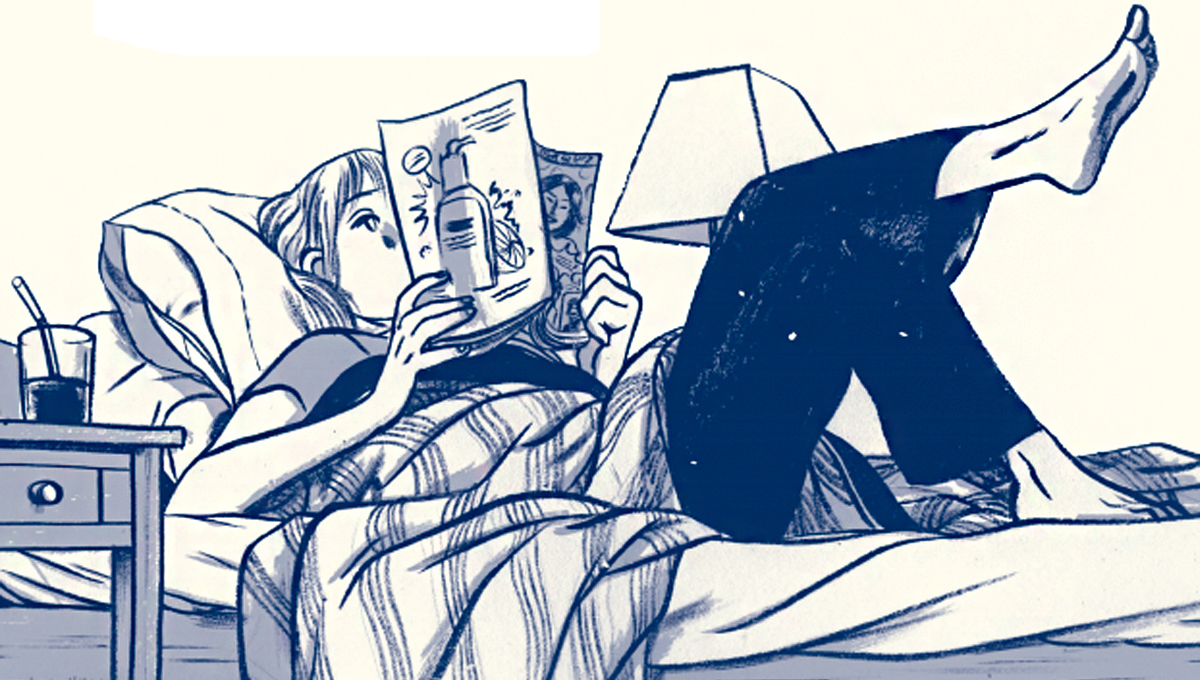 When you imagine a world in which books are banned, challenged, and pulled from shelves, fictional dystopian worlds like Orwell’s Nineteen Eighty-Four or Bradbury’s Fahrenheit 451 come to mind. But every year, books new and old are challenged, their place on bookshelves threatened. Which is why we have banned books week!

Banned books week brings to light the titles that have been most challenged – many of which also happen to be award-winning works, authors who are household names, or books that actually carry important lessons for young adult readers. Luckily, there are literary heroes like the Comic Book Legal Defense Fund fighting every day to protect everyone’s right to read.

To celebrate, I scoured the Internet as well as local bookstores and libraries to make a little list of 10 banned or challenged books and comics to pick up and read this year. Dive in! 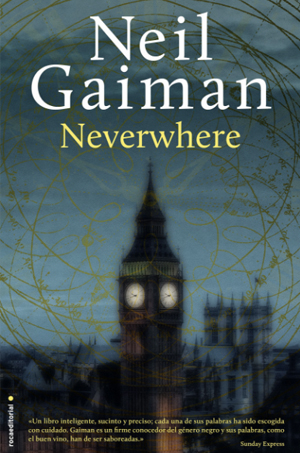 This is a book I recently read for the first time and can’t recommend enough (and not just to stick it to the man on banned books week). Neverwhere is one of Gaiman’s earlier works and is nothing short of a fairytale for adults. What landed it on the ever-growing list of banned and challenged books, you ask? A scene in which the main character, Richard Mayhew, sees a drunk couple getting frisky on a park bench. A parent in New Mexico wasn’t a big fan of the scene and demanded the book be pulled from the school’s reading list in 2013, deeming it ‘inappropriate’ for teenagers. 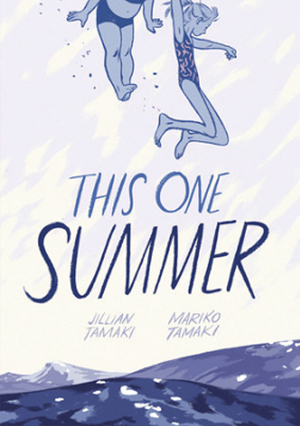 You can’t have a list of banned and challenged books and comics without including Tamaki’s beautiful graphic novel, This One Summer. This coming of age story about a girl who is faced with issues spanning from divorce to sexuality to teen pregnancy is a beautiful and heartbreaking read. Because of the fact that it touches on mature themes – without ever getting graphic, by the way – it’s been challenged so many times that in 2016 it was the most challenged book of the year. 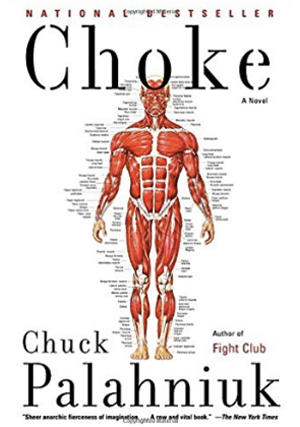 Even if you’ve never read his work before, you’re probably familiar with Palahniuk’s most famous work, Fight Club. And rule number one of banned books club? Totally talk about banned books club.

Choke – which is about a sex addict who spends his nights choking on food in different high-end restaurants to pay off his mother’s expensive nursing home bills –  was challenged back in 2005 for being sexually explicit and ‘promoting homosexuality.’ More recently, his book of risque short stories Make Something Up: Stories You Can’t Unread was challenged for being “disgusting and all around offensive” (and quick NSFW head’s up if you’re going to pick that one up – the stories definitely do cover some weird territory that, like the title suggests, you can’t unread.) Chuck Palahniuk also totally has an Artist Shop, which we think is pretty dang cool. 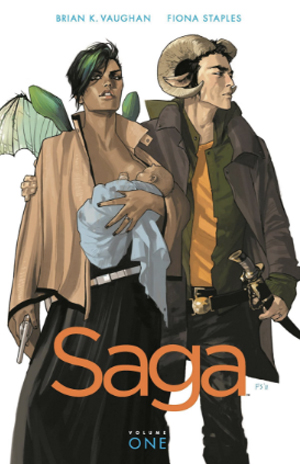 The reason it was banned is…weird. Saga was one of the most challenged graphic novels in 2014 for being anti-family (even though the book is all about a young family) and nudity, among other complaints. While there is nudity, the book is very much about a family sticking together and fighting for their own freedom. 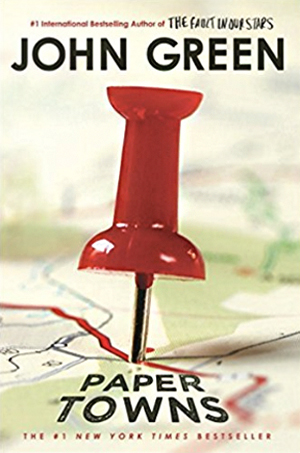 Recently turned into a film, Paper Towns earned its place on this list after it was challenged for references to sex and for, *gasp*, dropping F-bombs. Green’s book Looking For Alaska has been challenged (also great and tragic) quite a bit as well for ‘offensive language and sexual descriptions.’ 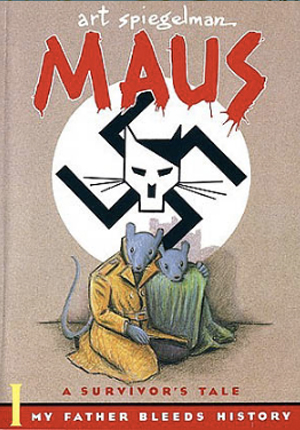 Maus is the tale of a son’s journey to find out more about his (estranged) father – a Polish, Jewish man and Holocaust survivor (but as told with different races represented by different animals). This book has been challenged many times, sometimes for being ‘anti-ethnic’ (talk about irony), not young reader-friendly, and sometimes just for the use of the swastika on the cover, even though the whole book is specifically anti-Nazi. 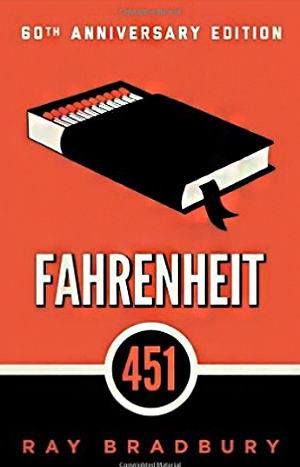 Possibly the most ironic book on this list for being banned, as it’s literally about the outlawing, banning, and burning of books in a dystopian future. Le sigh. Why was it banned? Because one of the books burned in it is the Bible. This is a classic that, if you were never assigned it in high school – or even if you were – you should absolutely pick up. It makes you appreciate banned books week even more. 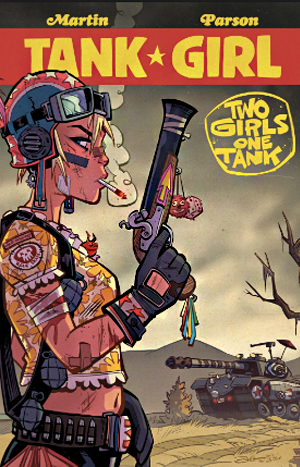 If you like Mad Max, this Australian post-apocalyptic comic might be right up your alley. First dropping as a comic strip in ’88, Tank Girl has been around for a while and recently had a bit of a comeback for her 30th anniversary. She became a symbol for women in the punk rock world in the days of peak Bad Religion and of the Riot Grrrl movement in the ’90s. It’s fun, it’s insane, the art is amazing, and yes, it is usually NSFW. 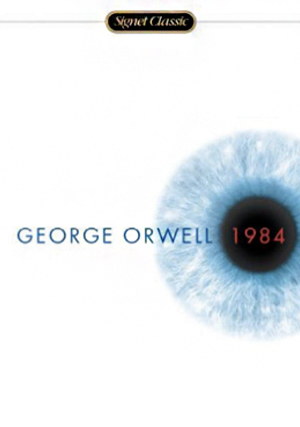 Another ironic title to be banned, since it’s about the limiting of information and ‘thoughtcrime’ in a totalitarian (and terrifying) dystopian future! This classic speculative read has been banned and challenged many times over since it first hit shelves in ’48 for political, social, and sexual content. If Big Brother is watching? Be sure to wave this book in the air like you just don’t give a damn.

NSFW head’s up – this book is definitely not for work or sensitive eyes. It contains some super graphic sexual scenes (both with humans and Lovecraftian sea creatures…) and violent scenes. That warning probably tipped you off, but this comic was challenged after a woman’s young daughter found it in a South Carolina library, even though it was filed away in the adult section. A big reason some graphic novels end up on the shield-your-eyes challenged list is because many people still think that comic books = for kids. Not the case here, friends.

Do you have any awesome banned or challenged books to add to this list? Leave them in the comments! And if you need a shirt to really emphasize your right to read, we’ve got just the thing…