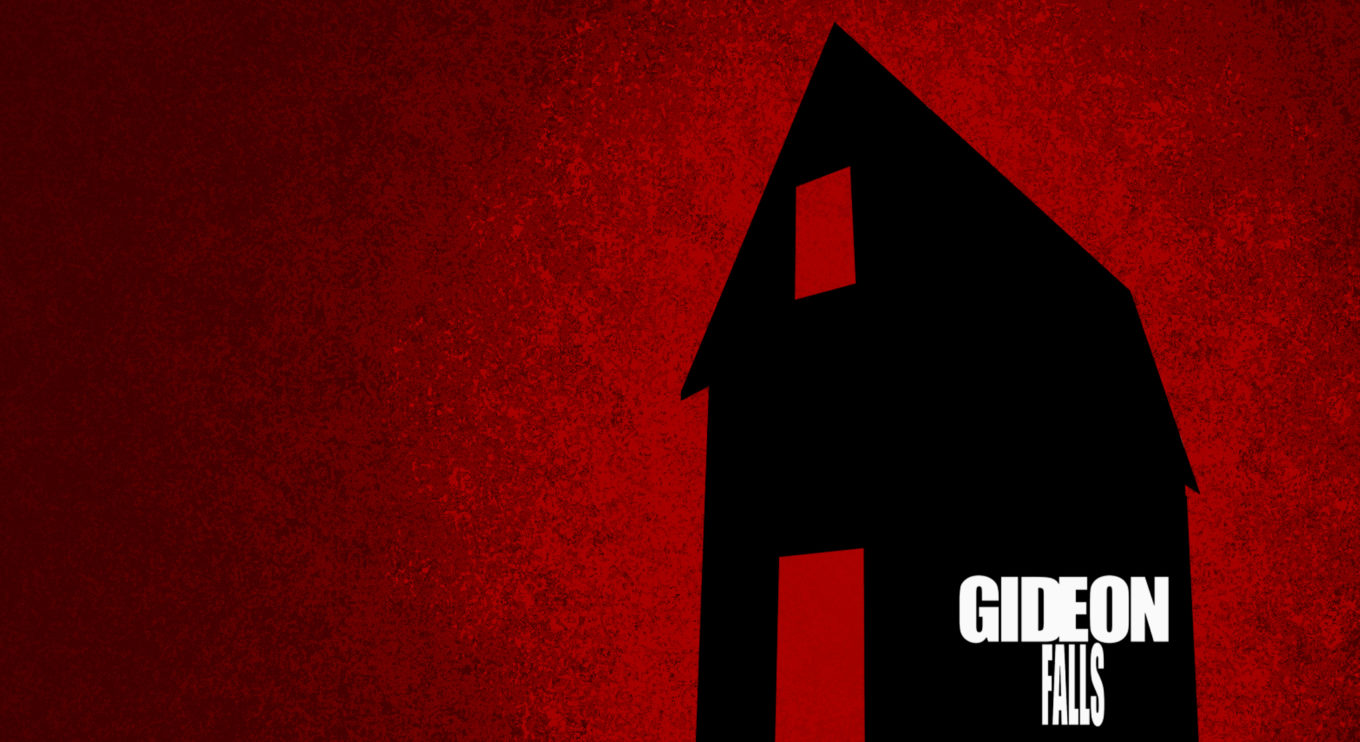 Eerie. If there was only one word to describe the collaborative work of Canadian comic book writer and artist, Jeff Lemire, and Italian comic book artist, Andrea Sorrentino, that word would be eerie. The duo created the ongoing horror comic book series, Gideon Falls, which, in 2019, earned them an Eisner Award. The series also inspired their newly launched Threadless Artist Shop.

Gideon Falls tells the intertwined, time-twisting stories of an obsessive recluse, full of conspiracy theories, a washed-up priest, and the mysterious Black Barn. Don’t let the horror categorization scare you off; this series is intelligent and absolutely captivating. It doesn’t deliver fear via gore, but rather, by investigating the very nature of evil. While the series incorporates otherworldly elements, the characters also face familiar human fears. Power, control, and sanity seem to be always on the brink. The intense stylings and universal themes make it easy to feel swallowed whole by the story. Gideon Falls will drag even non-horror readers right in.

Sorrentino’s heavy inks and jarring layouts matched with Lemire’s nihilistic stylings translate into the most delightfully frightening Threadless Artist Shop of all time. Sorrentino took a pause from drafting your nightmares to chat with us a bit about the creative process, his fears, and what in the world is happening at Gideon Falls.

How do you and Jeff Lemire work together? What is the collaboration process like for Gideon Falls?

Andrea Sorrentino: I’d say our collaboration started, more or less, as the standard kind of comic book collaboration where the writer (Jeff) writes the story and the script, and the artist (me) has the duty to translate what’s written into sequenced drawings.

But I think through the years, we developed some kind of reciprocated trust in what I can do on the pages and the way I can interpret the script. Especially in Gideon Falls, I’ve often added whole pages or depicted sequences in a different way from the script. I think this helps make the final result more organic, and in some way feeds both of our creativity issue after issue.

If you can say anything without spoilers, what is the Black Barn? What inspired it and what does it ultimately represent?

The Barn is…uhm…I’d say it’s a corrupted shell of the greatest evil of the universe. And if this seems too solemn, read the book to realize there’s no better description!

When you spend so much time working on horror, do you ever scare yourself?

I love horror! So, I don’t usually get scared by the narratives in horror, whether in movies or otherwise. Truth is, to me, real horror shouldn’t really scare you. It should leave you…uneasy. For example, if we’re spending an evening at a pub together and I suddenly shout and slam my hands on the table, you’ll probably be scared. But that feeling will pass in a few seconds as the effect of the jumpscare ends.

But if I were to instead tell you that, just to say, your neighbor was kidnapped and robbed last night while they were sleeping, and the two burglars are still at large…wouldn’t that thought stick with you long after our dinner? That’s what the best horrors do, and I think that’s the essence of a good horror story.

The covers of Gideon Falls issues #3 and #5 are really fascinating because they combine maps and faces. What impact do you think a person’s physical location has on their psychology?

I think at one point Jeff and I realized that the city, Gideon Falls itself, was becoming less than a simple location and more like a character itself. That’s where the “map” covers for the whole first arc come from. The concept is that our characters are in some way defined also by the environment they live in (that is actually true for many of us outside the comic realm as well). So it just felt right to show them through several visuals of Gideon Falls. If you read the book carefully, you’ll notice there’s always a connection between the character’s personality and the map/angle I picked to represent them.

A recurring theme in Gideon Falls is power. We have characters who don’t have power—over their habits, their mental states, their timeline—and characters or beings who are willing to go to horrible lengths to gain or maintain their power. Do you think power is inherently corrupting?

I, personally, think power will corrupt you. If nothing else, for the change of view it gives you. I’m absolutely convinced that there’s some kind of moral relativism in all of us that dictates our moral compass depending on the point we’re at. So, if you’re an omnipotent, superior being of some sort, there’s no way it won’t corrupt you.

One of the things that makes this series stand out is the ever-present human element, both in the subtle emotional plots of the characters and the shadowy details of their illustration. It’s not a horror that relies on gore. Who or what inspires this detail? Do you believe it stands alone as a unique form of horror?

I think everything Jeff does has a strong human element. It’s just the part of Jeff that he brings to the table in everything he writes. And it’s probably even more evident in Gideon Falls, because a lot of horrors usually just focus on the most scary ideas and forget to develop the human feelings. I think that’s what makes Gideon Falls special. It’s the human side.

What’s your favorite piece for sale in your Threadless Artist Shop and why?

I love the backpack, because I can’t wait to rock it at comic conventions! I also like the mugs, because I’ve got an ever-growing mug collection my mom started many years ago and I’m keeping it alive. And I’ve got a soft spot for skateboards, being a skater myself in my teen ages!

There’s currently a television adaptation of Gideon Falls in the works. Where do you think your work exists in its truest form?

I’m super excited for the TV show, obviously, and for the many people attached to it, from Hivemind (the production company for The Witcher) to James Wan, who directed Saw and The Conjuring. I’m sure everyone will do an amazing job with it. That said, the truest form, even with all the transposition, will remain the source material, the comic.

What advice do you each have for other creators who might just be starting out?

Learn the basics. Learn. The. Basics. Then, when you’re confident enough with them, you’ll be ready to take all your knowledge and push it to new limits. Be brave, always. Also, never complain or focus on criticizing other people’s work. This will only put you in a situation where you think you’re better than others and feel like you’re not getting publishing opportunities simply because you’re unlucky (or whatever other reason). Look at what the pros are doing, even the ones you don’t like, and try to understand why they got published while you still haven’t received your chance yet. And use those considerations to improve yourself.

What other upcoming projects can the people look forward to from you and Jeff?

We just announced Primordial! It will be out in September. It’s a thriller/sci-fi set during the Cold War and the Space Race. It tells the story of the first animals that were sent to space and never came back. We’ll show that they never got lost, but were taken.