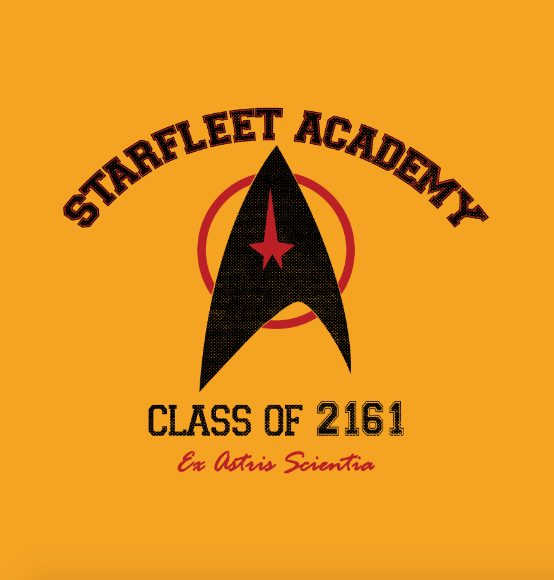 You don’t have to be a Trekker to know a thing or two about Star Trek. Star Trek: The Original Series (TOS) first hit TV screens in 1966. 13 films and six television series later, the franchise has become a permanent part of every day pop-culture. And from the first interracial kiss on television, to an immense amount of female power both on and offscreen, to an insanely diverse cast, the franchise has made some real historical strides along the way as well. Star Trek always was – and is – speculative science fiction at its best, imagining how the world could be in a uniquely positive way.

50 years later, Trek has truly lived long and prospered. And now, between documentaries like William Shatner’s Chaos on the Bridge and the behind the scenes book These Are the Voyages, we now know more than ever about what went into boldly going where no show went before.

In honor of the 50th anniversary of Star Trek, here are 10 facts you might not have known about the making of this sci-fi staple.

10. Gene Roddenberry wanted the Enterprise to fly upside down

It may shock you, but the original series of Star Trek didn’t have the advantage of fancy, convincing CGI. So for the space scenes, mini models were used. Apparently, the mini model of the Enterprise was too top heavy and hung upside down from its strings. Series creator Gene Roddenberry liked the look of it upside down, annnd on-set conflict commenced. Needless to say, we’re happy they stuck with the upright design (io9, These Are the Voyages).

9. Worf’s head in Star Trek: The Next Generation was stolen

Watchers of TNG will no doubt notice a definite change in the Klingon crew member Worf’s head between season one and two. This wasn’t an aesthetic or budgetary choice – it was actually because the original was stolen (Twitter).

8. Roddenberry believed there would be no chest hair in the future

If shirtless Kirk seemed a little extra smooth and shiny, it’s because Gene Roddenberry didn’t believe humans would have chest hair in the future. And similarly, in response to those who said “but he’s bald” while casting Sir Patrick Stewart as Captain Picard in The Next Generation, Roddenberry said, “Hair doesn’t mean anything in the 25th century” (from William Shatner Presents: Chaos on the Bridge).

Personally, this is one of my favorite parts of sci-fi: the little, thoughtful details of a reimagined world!

7. The Vulcan Pinch was improvised

The incapacitating “Vulcan pinch” was the late and great Leonard Nimoy’s idea. Also his idea? The now iconic (and emoji-fied) Vulcan salute, which was based on a traditional Jewish gesture that some Rabbis do (warpedfactor).

While the original pilot of Star Trek: The Original Series, “The Cage,” was deemed “too cerebral” for TV, one of the other reasons it was bumped was because NBC deemed it too sexy (exhibit A: “Orion Women” like the one above.)

Later on, the show took advantage of this when they were doing episodes that were a little more allegorical or had a heavy commentary to them. In the episode “A Private Little War,” for example, they included a super sexy scene for the network to freak out about…so that the network wouldn’t notice that the episode was a very clear allegory for the Vietnam War. Clever clever (io9).

5. Gotta love ALL the Lucys!

Before both Star Trek: TOS and TNG were safely on the air, two different Lucys (one Lucie) came to the rescue! Lucille Ball (yes, THE Lucy from I Love Lucy) owned the studio Star Trek: TOS was being filmed at. Roddenberry had pitched the show as a sci-fi western. When the network saw the script and deemed it too much philosophy, not enough cowboys in space, Lucille Ball insisted they order another pilot, as she was a fan of Roddenberry’s writing. And who’s gonna say no to Lucy?

Fast forward to getting The Next Generation off the ground (no pun intended). The original network cut the show from 26 to 13 episodes. Desperate for more episodes, they shopped it around to other networks: NBC dismissed it, ABC thought it was a bad idea, CBS offered it only as a mini-series. Finally, Paramount’s President of Distribution Lucie Salhany said she could give the show 26 episodes (Blastr, howtogeek, Chaos on the Bridge)

4. Pigeons and wasps were the scourge of the set (too bad it wasn’t Tribbles…)

You hear about studio issues, but this is kind of a new one. For the filming of the original episode of TOS, “The Cage,” a nest of pigeons made a home in the studio’s rafters (and weren’t big fans of Jeffrey Hunter’s voice (the show’s Enterprise Captain pre-Kirk, Captain Pike), coo-ing whenever he spoke.

Then in “Where No Man Has Gone Before,” there was a wasp’s nest on the set, and Shatner actually got stung in the eyelid. So occasionally in the episode, you can see him rockin’ a puffy eye.

3. The transporter effect in TNG was made by filming glitter stirred in water

Gleam me up, Scotty…y’know, even though this was a little after Scotty’s time, but you get the idea (dailynewsdig).

2. Scotty was missing a middle finger

Speaking of Scotty, the actor who played Scotty in TOS, James Doohan, was missing a middle finger! He lost it in World War II and scenes with him in it were shot to try to hide it…although sometimes it slipped through. Ahh, the true trouble with Tribbles… (dailynewsdig)

Spock’s Vulcan nature was almost even more alien. Early plans for his character included him not needing to eat or drink. Instead, he was supposed to have a metal disk on his stomach that he used to absorb energy. Not quite as logical (io9).