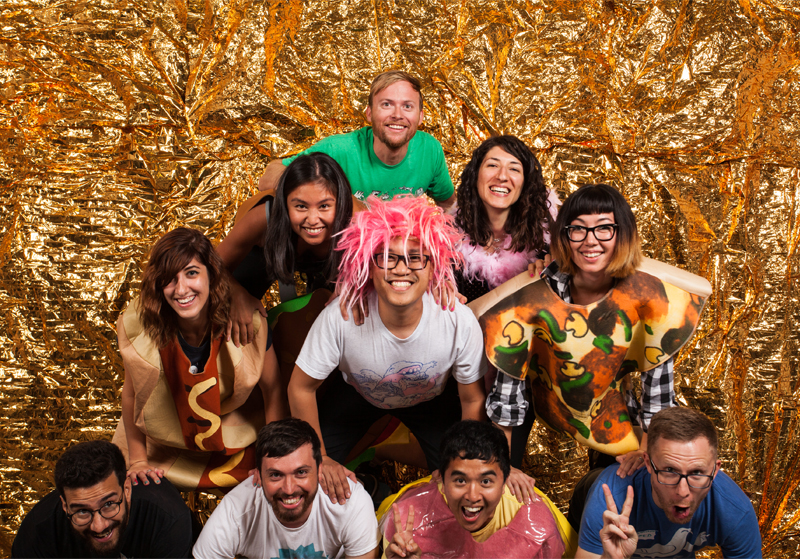 Thank you to everyone who attended the 10th annual Threadless Reunion at our new office space this weekend! It’s hard to believe that it’s been 10 years of reunions, but even harder to believe that this year’s is already over! We miss your faces already.

One of the greatest things about Threadless is that even though most of us are separated by oceans and continents alike, we’re a tight community. This year’s reunion drew (no pun intended) members of the Threadfam in from across the country in California, to across the world in Italy, right here to our Chicago home. From “BeanePod” to “Sonmi” to “chuckpcomics” (and many more), internet friends from all over came together IRL for a day and night of shenanigans. Friendships, artist collaborations, even relationships have started on Threadless. And we think it’s something pretty special.

From our company retreat at Wandawega, to saying goodbye to our old home at 1260, to our annual reunion, Threadless is more than just a workplace – it’s a family. Here are some of the highlights from our 10-year meetup!

…and some wall decorating as well!

There was a wall featuring the top 10 best-selling tees of all time (“Bestees!”)

We had a drawing table everybody could doodle on…

…and also a wall everyone could leave a doodle on! Because at HQ, drawing on the walls isn’t against the rules. In fact, in this case, it was encouraged.

Every party has to have swag, and we had fanny packs packed with rad stuff, from buttons to stickers to pins. Because fanny packs are cool.

And then, of course, there was the photo booth!

And finally, some beautifully epic face-swapping.

This year’s reunion went by so fast; we can’t believe it’s over. So ’til next year, Threadfam! Stay awesome!