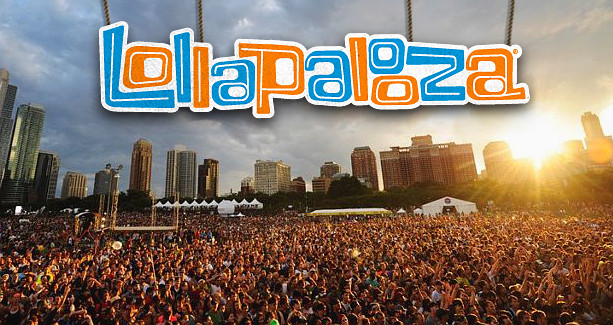 With the explosion of summer music festivals across the country, it’s easy to forget a time when there was only one… that being, of course, Lollapalooza. The premier festival has been rocking the U.S. in some form since 1991, minus a brief hiatus from ’98-02, and perfected the art of bringing together an eclectic mix of artists with the help of founder Perry Farrell.

Celebrating its 10th year at its latest incarnation this weekend, July 31st – August 2nd, the destination festival at Chicago’s Grant Park is an old veteran by today’s standard. Over the years, many bands have worked their way up from smaller side stages to headliners and hit-makers. Kings of Leon, Bon Iver, Haim, Lady Gaga, and even Beck have all been supporting acts, and that’s the beauty of Lollapalooza – those unknowns playing a midday set in the smoldering heat could become your new favorite band.

This year is no exception and if you need a little help, that’s exactly why we’re here! Allow me to introduce three bands under the radar and poised for amazing sets.

There’s something about soul music that you just can’t fake. I mean, by its very definition, it requires emotion and energy. After hearing the band’s debut album, Half The City, I can say there is nothing fake about the 7-piece band from Birmingham, Alabama. What you hear is live, recorded directly to tape and bursting with raw intensity.

What that means for those of you attending Lollapalooza, or any of the band’s upcoming shows, is that you’re guaranteed to experience their tight rhythm section, perfectly-paired horns, and howling lead singer, Paul Janeway, take you to church for the first time in years.

St. Paul & the Broken Bones are scheduled play the Bud Light stage on Friday at 2:30.

How big is the buzz surrounding Bully? By the time Lollapalooza wraps up, the Nashville band will have played five shows in Chicago this summer. Their debut album, Feels Like, is barely a month old and they already have a whopping 41 shows across the country through October. This, ladies and gentlemen, is the definition of “breaking”.

You could call their sound power pop, but the influence of early alternative and grunge spring up throughout a stellar and promising record. They’ll be nothing but fuzzed out riffs and badass vocals at high decibels. Bring your earplugs!

Bully is scheduled to play the BMI stage on Sunday at 5:40.

The latest album from Tim Showalter, recording under the moniker Strand of Oaks, is a gut-wrenching confession that builds anthems in place of despair and has a hell of a time doing it. HEAL, is a rock record in the truest sense, in that it reinforces the idea that music is a powerful thing. Any man leading this charge is a friend of mine and a must see this weekend.

Songs like Goshen ’97 and Shut In, with hints of Ryan Adams and Neil Young, will be the perfect recharge on the final day of a long, long weekend.

Strand of Oaks is scheduled to play the Pepsi stage on Sunday at 4:00.

Every festival is filled with conflicting sets and tough choices when it comes to which talented performance to check out. Hopefully, I’ve made it a little easier. If you can’t join us for this year’s Lollaplooza, be sure to check out the tour schedules for each of these bands – all three are currently roaming the states!