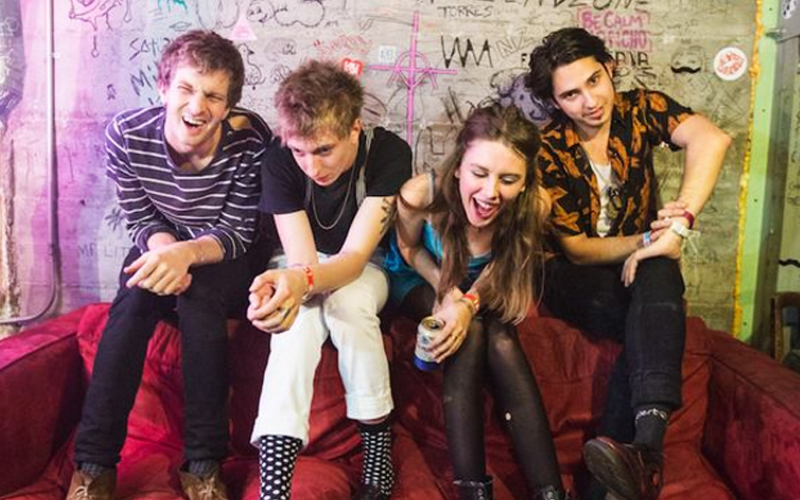 As we’re slowly starting up 2016, I’m sure you’ve had your fill of year-end lists. Open any blog and it’s hard to not come across a post singing the praises of “The Best of 2015.”

The funny thing is, even with everyone putting out their own list, a few good bands were no doubt overlooked. Before you go running off into the future for 2016 tunes, let’s take a look at four bands you might have missed in 2015:

Considering the fact that Wolf Alice has been nominated for Best Rock Performance at the 2016 Grammys, clearly someone was listening to their debut album, My Love Is Cool. The four-piece band hailing from London has been together since 2010, releasing two well received EPs before their full-length debut in June.

A blend of indie pop and alternative rock, Wolf Alice should fit right in with fans of Rilo Kiley and Elastica. Give “Lisbon” a quick listen and you’ll see what I mean.

“Heaven Only Knows,” the smash single from Towkio’s FREE mixtape currently has 22 million plays on Soundcloud, and yet you’re probably saying, “Towkio who?” Unless, of course, you’re from Chicago – the same city he calls home as a member of Vic Mensa and Chance the Rapper’s hip-hop collective, SaveMoney.

Towkio, whose real name is Preston Oshita, has recorded under a few names since his debut in 2012, with little fanfare. That is until this summer when he released .Wav Theory (with a little help from Chance himself.)

I don’t have many regrets in life, but missing Villagers a few years back at Schubas is definitely one of them. Three albums into a wonderful career, Conor O’Brien records intimate songs of love and life with little more than his voice and an acoustic guitar. Following the success of Becoming a Jackal and Awayland, he released Darling Arithmetic in April and I prayed for a US tour. It never happened. Maybe 2016 will be the year as the band will release Where Have You Been All My Life?; a collection of songs from all three albums before embarking on a tour across the UK.

With five albums under their belt, Wavves shouldn’t be sneaking up on anybody. The San Diego quartet with a love for weed and surf rock have toured endlessly since 2008, jumping from label to label with each release. Their latest offering, V, has them stepping on the gas and running through songs like there’s a fine for songs over three minutes. Perfect for a jolt at the gym or a wide open road, any song on V will make you a fan. Be sure to catch their “Summer is Forever II” tour with co-headliners Best Coast, playing dates in February across the US.

Next, I’ll tackle some of the albums we can expect in 2016. I wonder who’ll show up on that list? Until then, get caught up on these bands and happy 2016!