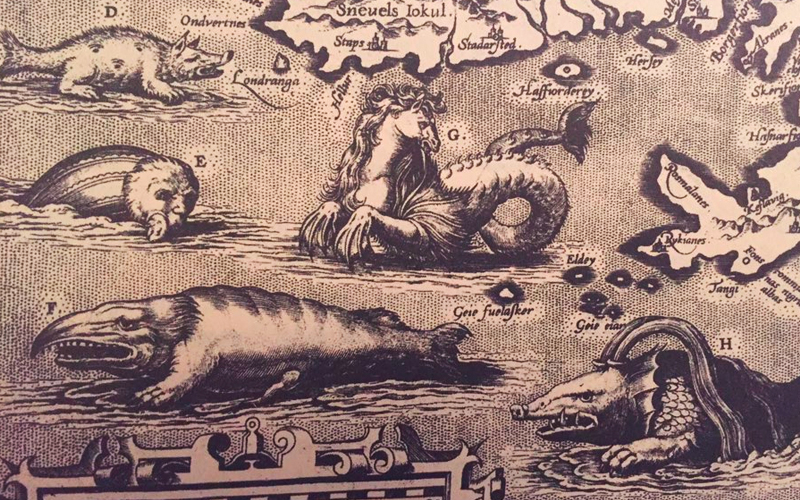 When I was a kid – I was well on my way to being the Neil deGrasse Tyson of cryptozoologists.

I studied more about cryptozoology and cryptids (the “science” of maybe real creatures like bigfoot, Nessie, etc.) more than I studied history. What year was the Revolutionary War? Not sure I could tell you, but I can tell you that Ogopogo in Canada is the most likely lake monster to exist. How about them possibly non-existent apples?

While I’ve since grown out of, say, setting traps for trolls and planning a trip to Loch Ness (well, that one’s still on the list), it’s still fun to think about the weird creatures that inspire episodes of shows like Supernatural and X-Files.

But not all weird creatures are created equal. Here are four weirdos that you may not have heard of, but might keep you up at night. 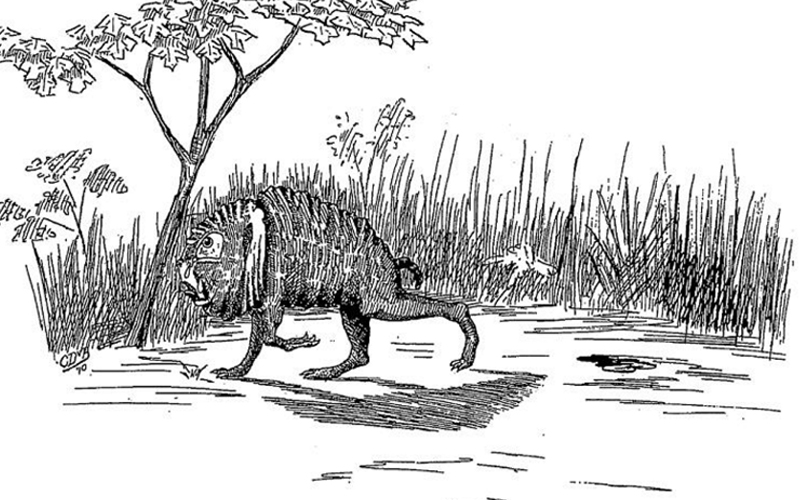 The Squonk goes back to the 19th century and is said to inhabit the Hemlock forests of Pennsylvania. The earliest of these accounts was listed in a book by William T. Cox called “Fearsome Creatures of the Lumberwoods, With a Few Desert and Mountain Beasts,” which 1000% sounds like a way less magical version of Fantastic Beasts and Where to Find Them.

Despite having the best name on this list, le Squonk leads a sad existence, hiding out of site and crying most of the time due to being ashamed of its loose, lumpy skin. Not making that up. Its defense? To disappear into a pool of tears. Ultimately, it sounds like a pug with a problem or someone projecting their own sadness onto a weirdly shaped boulder.

Real World: Substances in biology and chemistry are Squonks if they can’t be kept on their own without dissolving into their own puddle of their own “tears.”

This is by far my favorite thing on this list. Said to live in the Gobi Desert, the Death Worm is supposedly a bright red sausage-like worm about a meter in length that apparently spews acid or can kill from a distance via electricity. This is the stuff that the worms from Tremors were based on, and sounds like the worms from Dune. 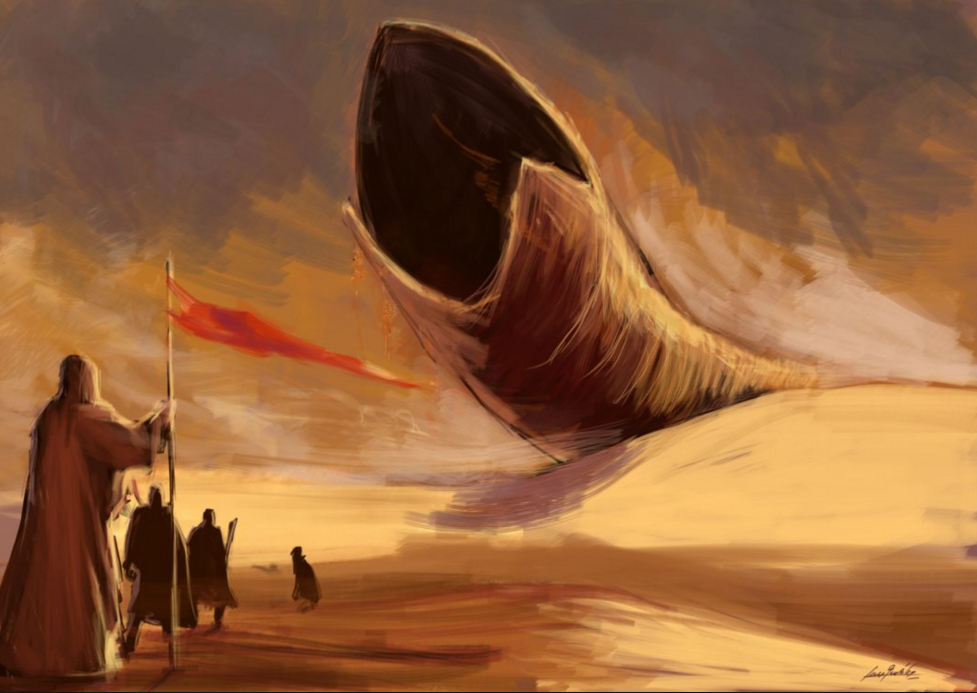 Real World: It’s been thought that the Death Worm might actually just be one of these freakin adorable fat little legless lizards, called amphisbaenas.

And they may not be a meter in length or dwelling in the sand oceans of the desert, but there are some seriously terrifying worms in the real world.

Take the Bobbit worm that is, thank goodness, a small ocean dweller and not people-sized.

This critter stems from Australian aboriginal mythology and is said to lurk in swamps, billabongs (which are apparently a thing and not just a brand. Maybe there’s a type of river called Threadless…), creeks, riverbeds, and waterholes. It’s been described as everything from looking like a giant starfish, to like something with a dog-like face, crocodile head, dark fur, horse tail, flippers, and walrus-like tusks. Australia’s already known as the place where all the venomous snakes and giant spiders hang out – we don’t need anything else, thank you.

Real World: skulls of ancient, extinct creatures (above) have been found in caves. Could these perhaps be the origin of the myth? 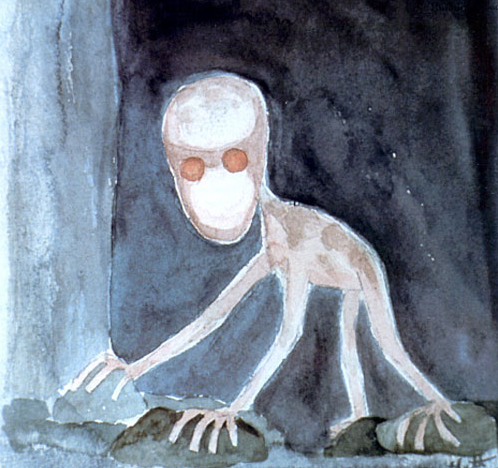 Despite having just a couple of sightings in Dover Massachusetts, this one is genuinely creepy. Multiple witnesses in the ’70s reported something that looked like the “gray” variety of an alien, a la X-Files. Except it had rosy orange skin and marble-like eyes that glow orange or green. It has a big head on a stick-like body and can walk on two legs but prefers walking around on all fours. One person described it as a freakin’ baby with super long legs.

There were really only accounts given in the ’70s…which was the time of psychedelics, so, y’know. And it’s been described as possibly being a baby moose…sure.