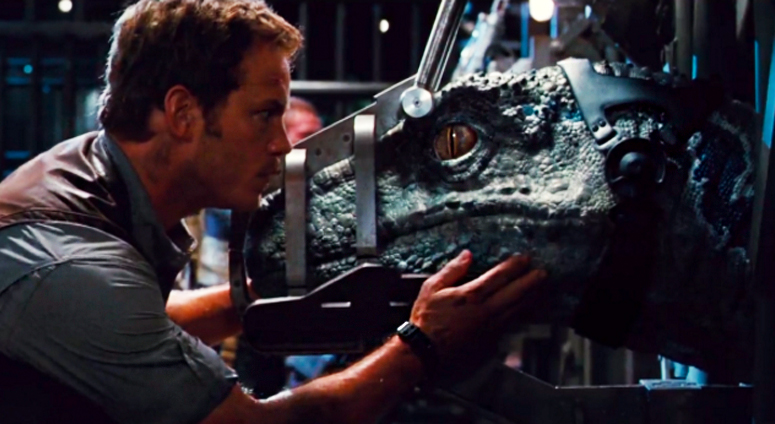 That’s my philosophy when it comes to practical effects vs CGI.

Don’t get me wrong, I’m not a curmudgeon who believes that “back in my day, puppets were life, maaan.” CGI is a great tool, and when it’s used right? It can bring worlds to life in amazing ways. Hell, when Avatar came out, it was so beautiful that people actually got depressed that real life wasn’t Pandora-pretty.

While they may seem like they stayed in the pre-CGI days, practical effects are used in way more modern movies than you’d think. And more often than not, they look so real that we think they can’t possibly be real.

This is one of those cult classics where if you meet someone who says, “I love Little Shop of Horrors!” BOOM, instant friends.

I always thought it was just before-its-time CGI. Because there’s no way something could be that well-puppeted (that’s def not a word).

But it turns out, the plant is never CGI.

It’s insanely smooth puppetry (some of which was done by Jim Henson’s son) achieved by literally filming the scenes in slow motion. Rick Moranis had to act and lip sync reeeeally slowly, and everything was sped-up later.

The (insanely terrifying) original ending even had some damn impressive miniature work done too. If they could make such a convincing singing vegetable in ’86, imagine what we could do with this now.

My view from inside the war rig during rock rider attack #MadMaxFuryRoad #furiosa pic.twitter.com/DqczaH5PeR

And then on the special features (*pushes up nerd glasses*) they really get into detail, showing that even the most CG-looking crash in the movie, the war rig and doof wagon at the end, were 100% legit.

What a film. WHAT A LOVELY FILM.

Let’s be real: The Force Awakens has no reason to use practical effects. It’s 2015, it’s budget’s worth more than any of our lives combined, and JJ Abrams knows how to do damn good CGI (‘specially lens flare).

None of us thought BB8 was going to be more than a tennis ball on a green-screen stick that was added in post. But BB8 is very real, and he/she is even real enough to have in all of our homes as the best Star Wars merch ever made.

This is one of those movies that makes you think that Spielberg sacrificed goats (perhaps the one in the movie) to the dark lord to achieve before-its-time CGI. And while there is some of that, some of the most iconic scenes aren’t CGI at all.

The T-Rex had to be partially CG’d, but for the most part? That giant tooth-ed bird is real. They built a huge T-Rex puppet that was all kinds of complicated to control. Check out how it looks behind the scenes.

*siiigh* as a die-hard fangirl of Jurassic Park, this one’s a toughie for me to praise…but praise where praise is due. In keeping with the spirit of the original film? Jurassic World did actually use some pretty cool modern practical effects. The aparasaurus (d’aww) was a big ‘ol animatronic, as were the raptors when they were in their cage thingies.

I gotta hand it to ‘em, I couldn’t figure out what in this movie was practical effect for awhile. So, 10 points to you Jurassic World. The only points you shall get from me…

A few scenes employed really convincing miniatures, like the basement scene above. But hey, even that’s practical.

This one was surprising.

Alien vs Predator was one of those movies that 1: coulda been way better 2: needed more FIGHTING and 3: figured “it’s the 2000s now, let’s CGI the shit outta this franchise. There’s no real reason they needed to use practical effects.

But in reality, this movie used a lot more practical effect puppetry than I you would ever expect it to. And it’s pretty indistinguishable from the CGI. So if you had zero respect for this movie before, take note – it actually did some stuff pretty dang right.