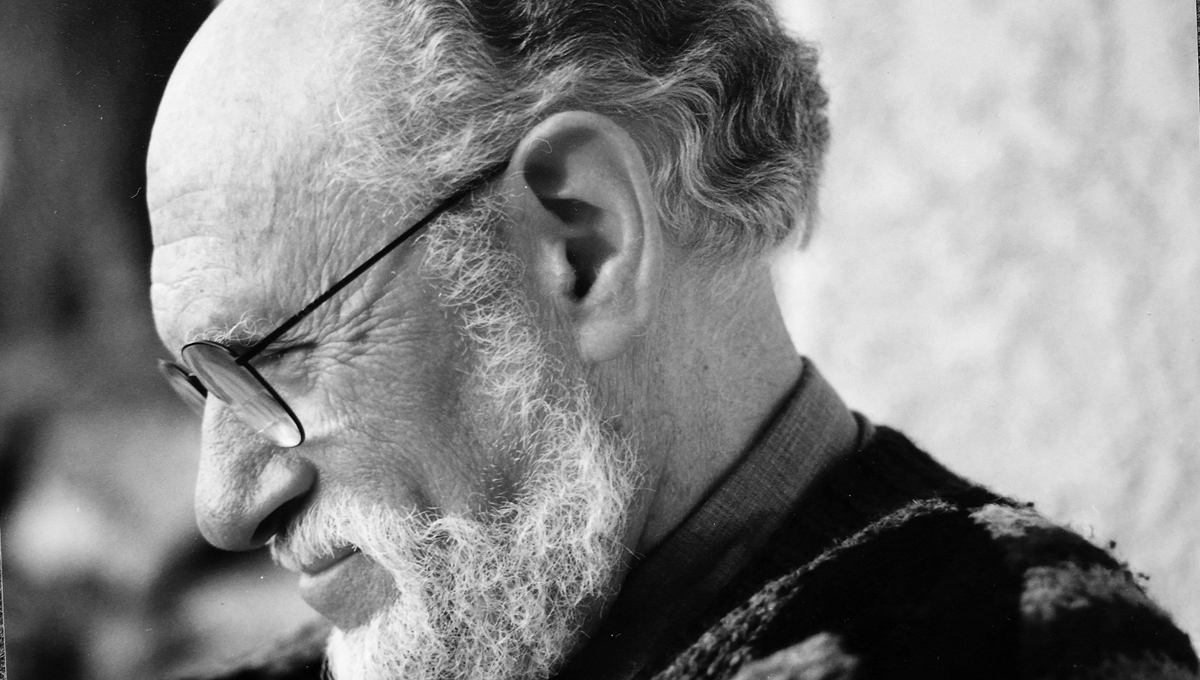 Art Paul is hard to define.

More impressive, Art didn’t just do these things. He was wildly creative at them. Everything he touched became more interesting.

There was the time he and his wife Suzanne toured a new house with bright red walls and ceilings. ”It feels like we’re standing in a tomato,” he quipped, jingling his keys in his pocket. Or the time he traveled with Andy Warhol, who would famously try to sabotage interviews by giving terse, one-word responses. Art interrupted Andy, grabbed the attention of an already frustrated reporter, then gave a terse, one-word response of his own. While at Playboy, Art commissioned the likes of Warhol, Salvador Dalí, and Shel Silverstein, ultimately founding the illustration liberation movement. Oh, this story perfectly describes him: on my first tour of his and Suzanne’s apartment in the Hancock Building, Art gave equal billing to framed illustrations by avant-garde artists and framed drawings by his grandchildren. (Art would be quick to confirm that his grandchildren are also avant-garde artists, but I digress.)

I feel so lucky and so humbled to have gotten even a moment with Art. We met in 2013, in the last five years of his life. I was a volunteer for AIGA Chicago, on a project to produce a book in celebration of the organization’s centennial. We had immediately decided to feature Art. While researching, I found a book about the 27 Chicago Designers – an evolving group of exceptionally talented designers founded 80 years ago – in the Chicago Design Museum’s library. Of course, Art was a member. But surprisingly, his studio phone number was listed in the back. I clearly remember my fingers shaking as I dialed while thinking, “Surely, he has to have changed his phone number at some point?” I hadn’t given one second’s thought to what I might say if I found a voice on the other end. After at least two dozen rings, a fragile “Hello?” echoed back. I stuttered and stammered and mumbled and twisted my words: “…a book!” Art surprised me with an immediate counteroffer. “Why don’t you come visit, and we’ll talk more about this book?” I accepted, hung up, called notable conspirator Patrick Sisson, and we arranged an interview.

Our first conversation made me see the world with more curiosity, wonder, empathy, and respect – traits that manifested themselves in each subsequent visit.

From that point on, I would call on Art often with projects, questions, and ideas. He and Suzanne were eager to collaborate on as many things as I could invent. My favorite project, hands down, was an exhibition at the Cards Against Humanity gallery, “Art Paul Loves to Wonder”. In preparation, Suzanne and Sarah Hopp sorted through decades of Art’s journals and sketchbooks, furiously scanning anything interesting. (So, basically, they scanned every page.) We arranged the portraits, poetry, and doodles together like a puzzle, then featured it all at scale in a floor-to-ceiling vinyl installation. It was like standing in his brain. At the opening, The Jason Seed Stringtet played one of Art’s musical compositions in between performances by The Nerdologues of Art’s documented musings. The performance sold out. Halfway through, Art stood up, cupped his hands, and shouted, “You are all just so beautiful!” Plain and simple, you just couldn’t come into Art’s world without something magical happening. He was one of those people who made everything around him better.

Art’s second career was in his home studio, where he would fill journals and sketchbooks with poetry and artwork, write musical compositions, illustrate some 400 portraits of made-up figures in a variety of artistic styles, collect artworks by Avante-Garde artists and grandchildren, answer calls from pesky museum directors, and do all the other things that an Art Paul would do. Toward the end, he was against all odds, but even with near-blindness, deafness, aphasia, and a fading memory, his kindness, sense of humor, and creativity shined through and showed up. He was still drawing up until a few months ago. He’d put pen to paper and wouldn’t pick it up until he had perfectly rendered himself in a long, wavy, shaky, abstract line. His latest writings and drawings explore illness, aging, and death, but in a way that is wise, whimsical, and accessible.

I feel like I somehow know everything and nothing about Art. Though he was in his own universe creatively, he was also grounded at home in Chicago. I like to think he brought the best parts of our city to the world—his inventiveness, vision, and craft will reverberate.

After telling you all these stories, I thought it was only appropriate to give Art the last word. Here’s a series of writings he made about time, from just one of his many prolific notebooks:

“Again the world turns, thought whirls, the end of one thing looks like the beginning of another. Is there an end to the forever beginning? The end of yesterday brought on today, so the end of the beginning may never come, even though the beginning of the end has never left. So hours will sit with minutes with nothing to be sad about.”

“It takes time to know time but then it’s too late. And if you’re keeping up when far behind, the future is beyond belief. Some people talk of making time, making time to do this or that, of forcing time to do their will. But time masters us. Consider this. Yes, that too takes time. To stop and consider. Doing this, we recklessly throw time out the window.”

“I’ll tell you how insidious time is. You spend it when you do nothing! It even passes as we sleep! It has no heart. It has no allegiance to anything. A hermit in the middle of everything.”

“Time, as they say, waits for no man. Or woman. Or God. Unless time is God, laughing to see how our time is spent. There is another old saying: ‘That which takes time, time respects.’ Meaning people do.”

“Time out. Time goes by. Time flies. Time off. Time Heals all Wounds. Time will tell. In our times. Big time. Can I have the time please? Take your time. Time marches on. Time is running out. You lost time. You gained time. Time is money. Time to eat. Modern times. Wasted time. Sometime. The New York Times. A time to laugh, to dance, to love, to cry. The time of my life. Those were the times.”

“So how many times to the inch? Is time created for measuring space? Does it have a force of its own that can be hijacked to manipulate time? Is its effect on you the same as on anyone else? Can time be frozen and thawed?”

“And so, time’s up. Until another time.”

Tanner Woodford is a founder, executive director, and bartender of the Chicago Design Museum. He teaches at the School of the Art Institute of Chicago and makes Iterative Work. As a designer, educator, and entrepreneur, he has taught, lectured, and led workshops on design issues, social change, and design history in classrooms and at conferences. He is irrepressibly optimistic, believing design has the capacity to fundamentally improve the human condition. He lives and works in Chicago, IL (Bio photo credit: Peter Tsai. Be sure to also follow @ChiDM on Instagram and @ChicagoDesignmuseum on Twitter.)