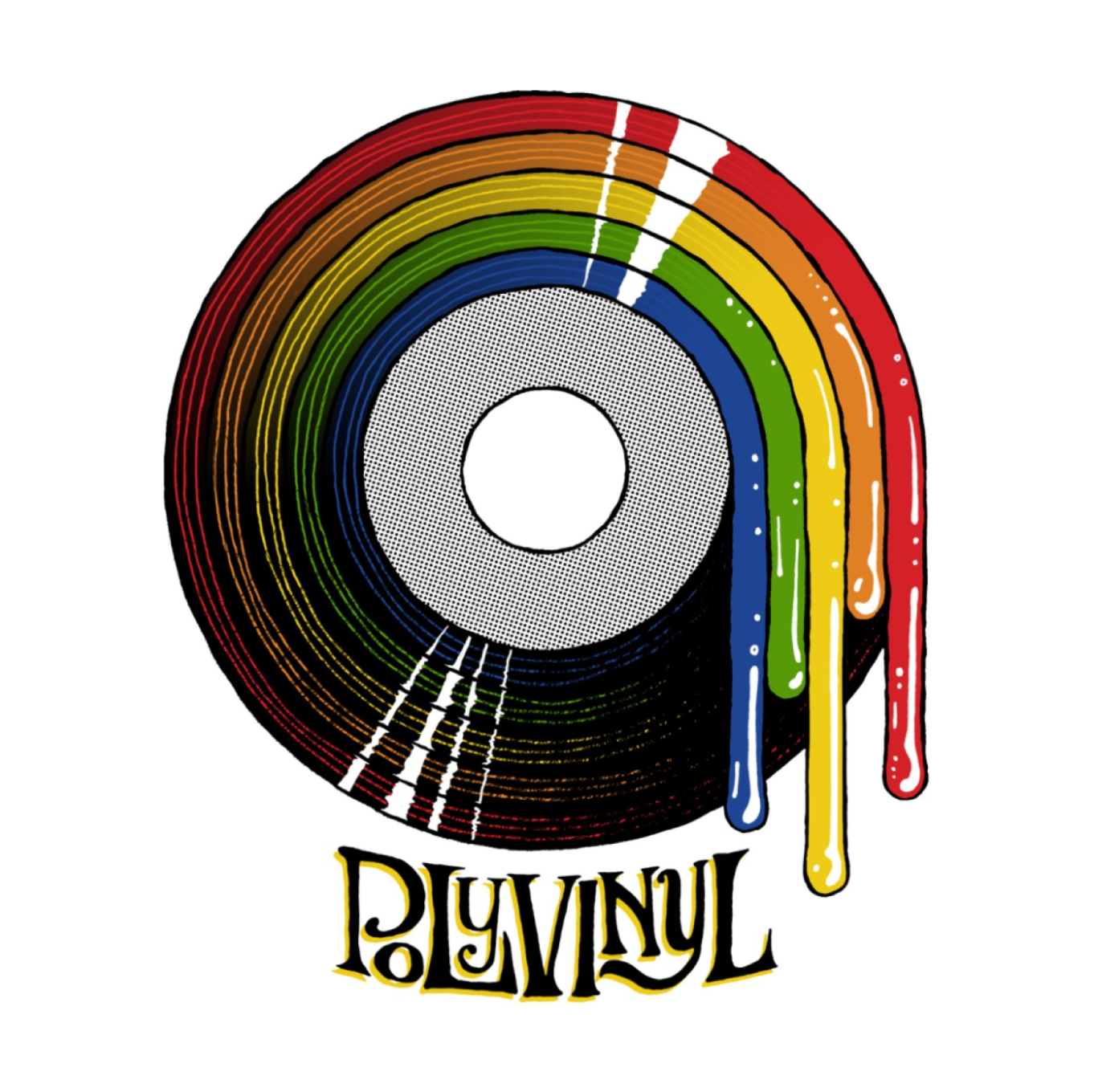 Happy 20 year anniversary, Polyvinyl Records! This independent record label’s origin is as classic as the vinyl records they create. What started as a music fanzine covering midwest DIY bands has since grown into a super successful indie record company that’s brought some amazing sounds in the form of timeless vinyl to the (turn)table. And with bands like American Football, The Dodos, Joan of Arc, and STRFKR in their ring, Polyvinyl delivers a rad lineup.

To celebrate two decades of keeping the music alive, Polyvinyl is releasing a record of Polyvinyl bands covering songs from other Polyvinyl bands, a Polyvinyl skate deck, a 20th anniversary playlist (because what’s a party without a custom mix?), and they’ve opened up an Artist Shop with us where you can snag classic merch and band designs that span the years of Polyvinyl.

We talked to Polyvinyl Records about their music, the past 20 years, the next 20 years, and their Artist Shop. Check out the interview below!

Congratulations on two decades of Polyvinyl! How do you plan on celebrating such an amazing milestone?

Thanks so much! We are celebrating the big 2-0 with some really fun ideas that we’ve been working on all year long. We have a 20 song covers compilation where a ton of great Polyvinyl artists cover another Polyvinyl artist’s song. It came out really well and it seems like the masses are stoked as well!

We also collaborated with our dear friend and incredible designer, Jesse LeDoux, who drew inspiration from two decades of releases, cleverly recreating imagery from 20 PV albums in his signature illustrative style to create the “POLYVINYL 20” drawing. We also collaborated with Girl Skateboards to make the first ever Polyvinyl Skate Deck, which is also amazing. Aside from all that, we’re just trying to take a moment to appreciate what we’ve been able to accomplish over the lifetime of the label.

Polyvinyl started as a DIY music fanzine, which is a pretty rad way to start. How
did you make the jump from zine to vinyl?

We were really excited about the midwestern music scene in the mid-’90s. There were a ton of DIY shows happening, and a lot of our friends were involved. Over time, we felt the need to support the scene in our own way. This was before the internet, so we could either book shows, start a zine, or sell records at shows. We ended up doing all three of those things, and we just really had a great time doing it. We loved those bands and wanted to continue doing everything we could to support them, and it sort of just avalanched over time into what we do today. We thought a great way to spread music and further the fanzine would be to include a record in one of the issues, which ended up being a split between Back of Dave and Walker, both from the midwest. It was really exciting for us – to release music by these bands that we liked. We enjoyed that whole process so much that we decided to keep at it. After that, we put out two more issues of the fanzine, including our first compilation called Direction. That had 20 different bands on it, and served as a big jumping off point for the label.

Where are some of the bands that you included in the zine back in the ’90s? Do you currently work with any of them?

We ended up working with a great deal of bands and folks that were active in that scene. Braid, Rainer Maria, and Corm to name a few.  So many of the people involved in that compilation are still involved in the scene today, it’s amazing.  As recently as a year ago, we reconnected with one of the guys who played in the Florida band Tomorrow, who ended up joining Sonny & the Sunsets!

Vinyl has gone through such a resurgence. What’s the atmosphere currently like for record companies and for vinyl?

The vinyl industry seemed to really hit a snag in 2015. Production times were nearly 10 times longer than they were back when we started in 1996, but since then, it seems that many manufacturing plants have been able to expand or handle the demand more efficiently, and it’s not quite as bad in 2016. We’ve had to adjust the length of our album rollouts to address the increase in turnaround time for vinyl, but since then we’ve been smooth sailing. We’re very fortunate in that sales have been great these past few years.

What made you want to start an Artist Shop for your 20 year anniversary?

We’ve always admired Threadless and their artist-friendly setup. We thought it would be cool to team up with Threadless to bring back some classic t-shirt designs from our most prominent bands throughout the history of the label.

What kinds of designs will you have in your Shop?

The Polyvinyl Artist Shop
will feature designs from bands throughout many different eras of the label. Most of the designs are ones that our bands were particularly fond of but no longer print, or that fans have asked about online or at shows that no longer exist. We thought our 20th Anniversary would present a special occasion to bring those designs back. For a fresher twist on the shop, we reached out to a few of our most beloved designer friends to have them create their personal interpretations of the Polyvinyl logo as well. It’s a really great mix of designs with a very interesting history to go along with each design, as well.

You’ve got employees in the east coast and west coast, and an office here in the midwest – what’s it like working between all three of these locations? I imagine there’s a different atmosphere between them all!

Polyvinyl is such a great place to work. We’re so fortunate in that Matt and Darcie are some of the best people ever and have allowed us to do our own thing, but not necessarily be constricted to one specific location. We have people working from home in San Francisco, Portland, Chicago, and New York, along with a brand new office in Champaign, IL. We’re a very collaborative group, and we are able to make the distance work thanks to Slack, conference calls, and a whole lotta’ coffee and emails.

As a midwesterner myself, I gotta ask – what’s most unique about the midwest DIY music scene?

The midwest has a really friendly vibe to it, and I think that definitely translates through to the DIY scene. Every show has a bunch of like-minded people there to enjoy the good music and rad times. You don’t see that everywhere, but we’re definitely glad to call the midwest our home. We’ve embraced the midwest, and we couldn’t imagine our main office being anywhere else but right here in central Illinois

What are some of the biggest changes in the music industry since you started in the ’90s and what seems to be the latest trend?

The industry changes a lot every year. We’re still adjusting to Friday release days. The introduction of digital and streaming music was a major game changer, and the rotating popularity between physical formats has been both fun and stressful at times. Matt has a real knack for being early to adapt to new things, and that’s a big reason why we’re still around today. But really, we’re just preparing for the big CD comeback in 2030. We’re calling that right now…

After 20 years of Polyvinyl, what’s next for the company?

While a lot has happened in our 20 years of existence, 2016 has really been a landmark year for us. There’s been a lot of fine-tuning and collaboration this year, and we feel more prepared than ever to keep growing and expanding as a label and taking care of our wonderful, growing roster of bands.

You can keep up to date with all of our PV20 happenings right here.