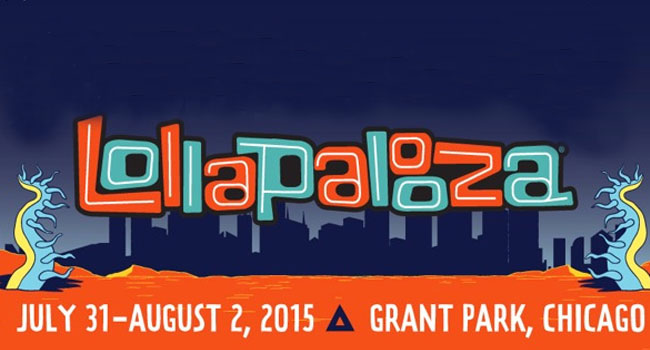 Under an unforgiving sun, Lollapalooza returned to Chicago’s Grant Park for three days of music and mayhem (I’m looking at you, Travis Scott). With temperatures hovering around 90 degrees for most of the weekend, this year’s festival was a struggle, even for this fan. Water and shade were valuable commodities, and if you made it through the weekend without a few bumps and bruises, I’m impressed.

However, if you looked out at the massive crowds armed with Camelbaks, Ray-Bans, and sunscreen, nothing was going to stop this party. That is, of course, until Sunday arrived with a brief evacuation due to inclement weather, and shortened, revised sets from everyone including the night’s headliners. Despite a chaotic last day, Lollapalooza gave fans more than a few reasons to return next year. But before we start counting the days until next year, let’s look back at the best moments of Lollapalooza 2015:

I believe I had this one. As expected, St. Paul and the Broken Bones kicked off the weekend with an early set on Friday, earning themselves new fans and increasing crowds with every song. As the band took the stage to Isaac Hayes’ “Walk On By”, lead singer Paul Janeway entered wearing a pair of blinding shoes, quite fitting for a stellar, breakout performance. With every strut and stomp, those shoes glistened almost as bright as the horns during “Half The City”.

Best Flashback – Metallica’s Performance of “One”

I may be old, but I’m not Beatles old. No disrespect to Sir Paul McCartney, but I grew up watching MTV, and nothing was more sacred than Metallica’s …And Justice For All. Never in a million years did I think I would be shoulder to shoulder with sunburnt drunks as the bullet-flying intro to “One” blared through the speakers. As I fumbled for my phone to record the song of my youth, I realized it’s almost eight minutes, and that’s at least a beer’s worth. So I put the phone away after the first verse and enjoyed the moment… some things you have to keep for yourself.

Of course Hot Chip played new songs from their latest album, Why Make Sense?, starting the party with my favorite track, “Huarache Lights”. With six albums under their belt, they have more than enough material to fill an hour set – making the most of it by mixing songs together with extended jams and clever covers. There was a brief tease of Prince’s “Irresistable Bitch”, and a verse of “Dancing In The Dark” by Bruce Springsteen that perked up the crowd; a treat for those wanting to dance without setting foot at Perry’s Stage. When the band broke into LCD Soundsystem’s “All My Friends”, nothing was going to stop me from singing along at the top of my lungs.

Best Break From The Heat – Strand of Oaks

Around 2:30 p.m. on Sunday, festival participants were forced to evacuate as ominous clouds and a potential storm hovered over Grant Park. Thankfully, the delay was brief and when the music returned, very few people realized set times and stages had been adjusted during the break. Strand of Oaks was one of the first bands to start playing music at the Pepsi stage, which was located near food, the main entrance and trees, making for a perfect spot to regroup and recharge. By the time the band closed their set with Jason Molina-inspired “JM”, anyone in the surrounding area had made their way to the stage for a pleasant, powerful surprise.

Those of you that think Lollapalooza ends at the strike of 10 are dead wrong. This year over 50 official aftershows took place at smaller venues across the city. That doesn’t even include the number of hotels and bars that host free parties for those looking to burn the midnight oil. It’s a great alternative for fans that could not get tickets to the festival and a perfect opportunity to see a band in spots they wouldn’t normally play. Sylvan Esso’s set at the Empty Bottle had the sold out, 400-person capacity venue shaking with fans dancing and singing along.

If you happened to attend this year’s festival, I hope you had as much fun as I did, and if you’re reading this wishing you were there, don’t worry. The festival has already announced the dates for next year, July 29-31, 2016. I’ll see you there.