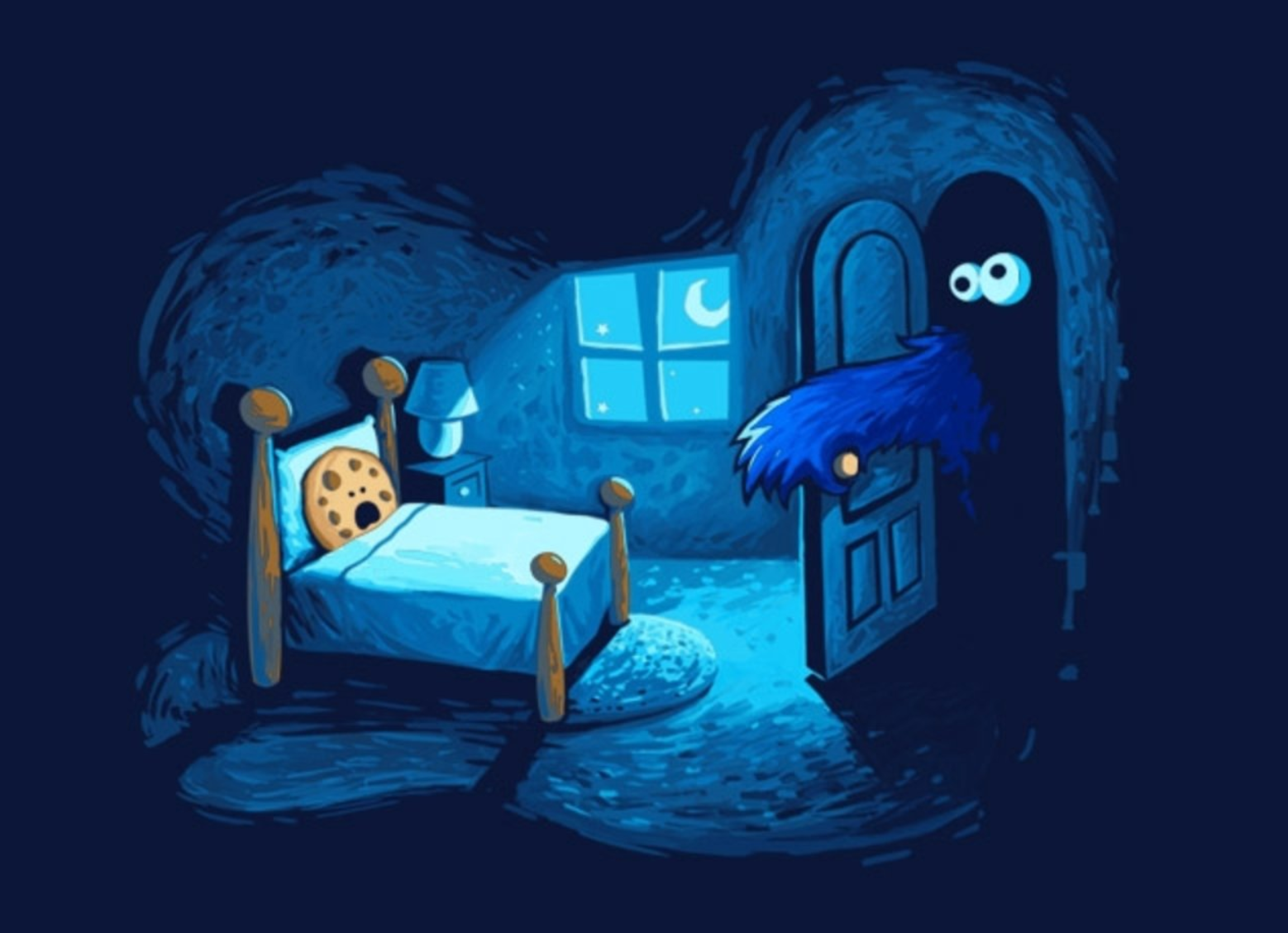 As a kid, I was obsessed with scary stories. I bought books of real ghost stories from every town I vacationed at. I binged on R.L Stein’s Goosebumps and non-Goosebumps scary stories (yeah, those exist) alike. And my brother buying me the Scary Stories to Tell in the Dark trilogy is still the best gift I’ve ever gotten.

But as entertainingly scarring as those stories were, there was one spooky anthology that freaked me out above all others: The Walking Trees and Other Scary Stories.

I picked this book up in 6th grade, and for some reason, this little anthology that practically no one has heard of got to me the most (although to be fair, my fellow 6th graders of ’03 might’ve known about it had I not hogged it from the library). What made these stories next-level scary was that they were all original and set in the modern day, while also including a twisted element to them unlike other kids’ stories I’d read.

Four stories in particular scarred me for life and affect me to this day: “Rain Thing”, “Lockers”, “Howard’s Howling,” and, but of course, “The Walking Trees”, ranked in scariness from ? to ????.

Fair warning! If you’re not a scary story fan or are super sensitive to horror stories, these are creepy! I think they are anyways…read if you dare!

??: This story left me afraid of staying home alone during rainstorms and afraid of the forest creek behind my house for years.

Ever since she and her family moved to a new house, young Dana has become become terrified of the rain, telling her parents that during storms, “the rain thing” comes out of the woods by the creek – a shadowy, shapeless thing looking for an opportunity to take her with it. Of course, her parents brush this off as an overactive imagination, because parents in scary stories are the worst.

One day while the sky is heavy with storm clouds, her mother gets bitten by a snake and her parents both have to drive to the hospital, leaving Dana behind before she can argue otherwise. As she waits alone in her house, she says to herself sadly, “who’s gonna stay with me on this dark, rainy night?” …a plea that’s met by a whispery, “I will…” from the woods, the voice getting closer and closer every time it speaks.

When her parents return, Dana has vanished. It’s said that anyone who goes to the creek and stares into it long enough can see a shadowy shape in the water with a face that looks just like Dana’s.

????: Maybe it’s because of that one Goosebumps book about the haunted school, but I always had a fear of being at school super late. But because of this story, I still don’t like to be in my gym’s locker room alone.

Carol is just starting at a new school, and she’s getting some weird vibes, noticing that everyone is always on time and nobody ever stays late. A few of her new friends explain that the school has been haunted ever since a student was murdered in the locker room where the murderer cut out her tongue. What’s way worse? The police never caught the murderer, and he’s thought to work at the school, causing something terrible to happen to a student every year. And what’s way way worse? Every year, the ghost of the girl whose tongue got cut out comes back to warn students when the murderer is back…by hitting her disembodied tongue on the lockers. Not unsettling at all.

So after being warned not to stay after school, Carol freakin’ stays after school and has to go to the locker room to get her coat. But while she’s in there, she hears it…a clanging on the lockers getting louder and louder, and footsteps getting closer. Carol runs home, sure she’ll be safe inside with her parents. But when she gets home, her parents aren’t there. There’s a scratching at the door…the murderer followed her from the school. She hides under her bed as the murderer breaks in, relieved when she hears not one, but two sets of footsteps in her room. It must be her parents, right? But when she slides out from under the bed, she comes face-to-face with the murderer and the ghost of the murdered student holding her tongue. By the time her parents get home, Carol’s alive…but like the ghost girl, will never speak again.

???: I pictured the house in this story as my Grandparents’ in-the-middle-of-nowhere house, so it pretty much made me terrified of their forest…and of all ponds.

Lee, Marsha, and their dog Howard have just moved into a secluded home in the middle of nowhere. The place is beautiful…minus the weird pond with no life around it that emits a weird green mist, the fact that it sits on a Native American burial ground, and the fact that Howard has woken them up howling every night (Pro-tip: if scary stories have taught us anything? Always. Listen. To. Your animals). But y’know, minor details.

Eventually, Marsha and Lee start to share Howard’s fear. Every night, they awake to the sound of a soft plopping just outside the house, “like a piece of fresh meat hitting the counter” (that line freaked me out). And in the morning, there are traces of something slimy and green around the house, as well as small artifacts strategically left on their doorstep, including two crossed bones and a circle of feathers.

While trying to figure out what’s going on around their house, they uncover handwritten notes documenting the legend that surrounds the property, telling of an ancient, boneless evil that would stalk the people who used to inhabit that land and suck out their bones. It had been trapped in a hole in the earth…covered with a pond. Howard and Marsha decide the notes were probably from their friends trying to scare them, and decide to ignore them…big mistake. One night, the slimy entity that’s been stalking the house, the ancient boneless evil, starts throwing itself against the windows. Eventually, it breaks its way into the house. Marsha calls the cops, but by the time they get there? The house is empty.

??: If The Blair Witch Project didn’t already have me freaked out about the woods, “The Walking Trees” did the trick.

A group of campers are sitting in the woods around a campfire Are You Afraid of the Dark style. One of the campers starts telling the story of “the walking trees” that supposedly inhabit the very woods they’re camping in. A modern day witch tale, a witch who inhabits the woods was getting more and more fed up with the carelessness of the campers who would litter her woods with garbage. One day when she sees several campers leave behind trash, she decides enough is enough. The campers stop in their tracks, unable to move as their feet take root in the ground, and they turn into trees. The witch curses them, saying that for one night every year, they will be able to walk, and they have to find new campers in the woods to take their place as walking trees in order to break the spell.

Not believing the story, our campers go to sleep. One of the campers, Michael, tells his tent-mate Tim that he’s going to go freak out everyone else by scratching on the tents. He runs out of the tent…and Tim hears a muffled shriek. He shrugs it off, assuming it to be part of the practical joke.

The next morning, Tim wakes up to an empty tent. Michael still hasn’t returned. As he steps out of the tent, in front of it there stands a massive tree that wasn’t there before. In fact, all around the campsite are newly standing trees…made of the other campers. Tim tries to get away, but his feet start to take root, and he becomes a tree himself, waiting for the next year when he can walk.

Spooked? Want more? You can get The Walking Trees and Other Scary Stories here and here!

Featured image is “Monster in the Closet” by Efrem Palacios