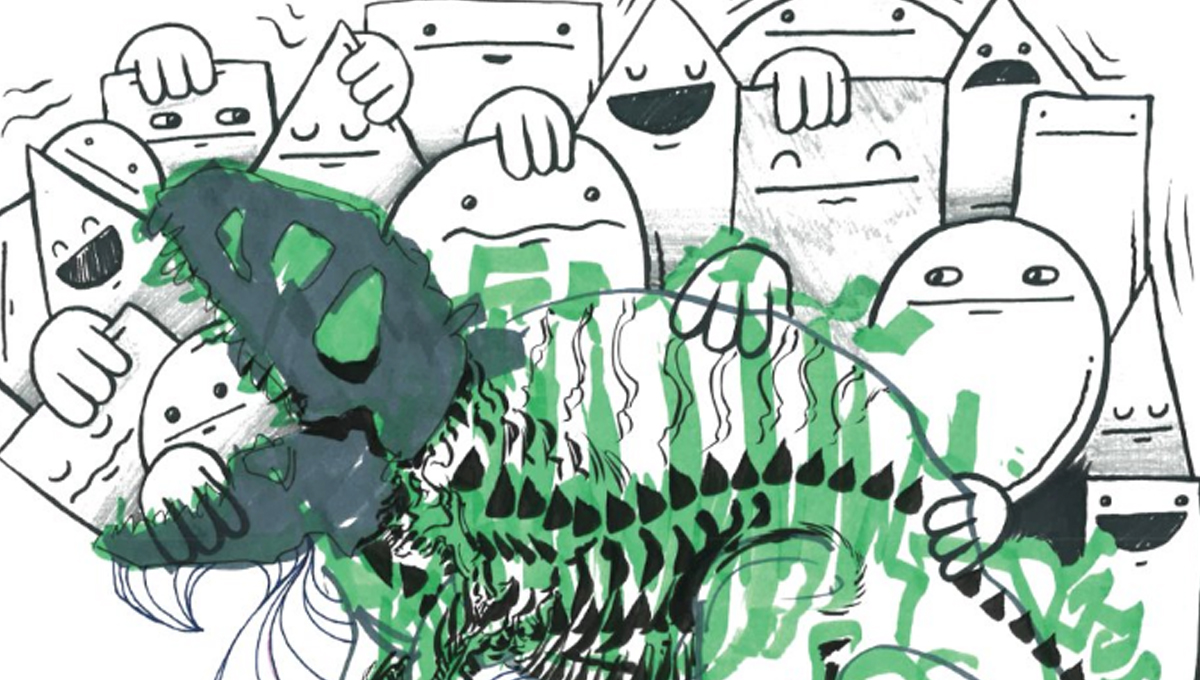 Here at Threadless, our slogan is simple: Make Great Together. But as all artists know, the ‘together’ part of that can be tough. Aside from the occasional drink & draw, art can be a pretty solitary business. We wanted to create a space where artists could come together IRL not only to combine their artistic powers but also to do some good. That’s why we started DemocraTee! A monthly(ish) gathering of artists who collaborate on a series of drawings (like that drawing ^ up there!) that then get sold on products in the DemocraTee Shop, where all the proceeds are donated to a good cause. Each artist gets a certain amount of time working on each drawing, then when time’s up they rotate to the next. Think of it like artistic Musical Chairs!

We recently held our very first DemocraTee event and we’re so stoked about the amazing pieces the participants of our maiden event voyage created. Get to know the 7 Chicago artists who helped spearhead this new endeavor! And check out the official DemocraTee Artist Shop! All the proceeds from this first round of designs go towards The Simple Good. 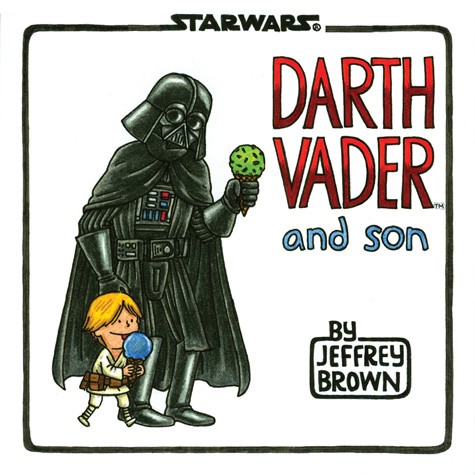 This cartoonist went from self-publishing his autobiographical graphic novel Clumsy to working with huge names and publishing companies like Random House and Lucas Films (heard of a little thing called Star Wars?). He’s worked in just about every medium, from a music video for Death Cab for Cutie to a script for the film Save the Date to the creation he’s best known for, the official Star Wars book series, Darth Vader and Son. Get to know Jeffrey Brown even better on our podcast!

Natalie – aka the (sub)urban warrior – is a Chicago-based artist unleashing fantastical creatures on city walls everywhere. She’s created a unique brand of street art all her own by creating fantastical, Pagan-inspired “beastie” creatures. She’s created work for some of the world’s biggest brands, including Nike, Google, and with us at Threadless, giving our office a splash of color with a huge mural!

From designer toy collectibles to murals and accessories, Shawn Smith’s whimsical Shawnimals + Ninjatown work has taken over the world. His art has been produced on thousands of pieces since his humble beginnings and he’s worked with huge brands like Nintendo, MailChimp, iOS, and more. His motto? “Simply put, if I can make things that inspire and delight people, I’m doing it right.”

Zissou co-founded Chicago’s alternative street art and printmaking gallery Galerie F. He’s since gone on to form Fugscreens Studios, which specializes in design, illustration, and screenprinting. His work includes everything from commissions for Abercrombie & Fitch to gig posters and posters for local businesses.

Justin Castaneda is a writer and illustrator from Chicago’s south side who has worked on titles such as Aw Yeah Comics, Scratch 9, and Albert the Alien, and currently working on Wonder Care: The Kinder Guardians. He also did a series of Alien anthology trading cards for Upper Deck Artist Sketch Cards, contributed art to the The Thing tribute book, and recently released When We Were Little, a celebration of 10 years of self-publishing, his work, and the connections he’s made in the industry. You can often catch him on the comic convention circuit and can find the many “#cardBOREDsketches” cardboard pieces he creates on Instagram.

It doesn’t get much more intricate than the incredibly detailed linework Jonathan La Mantia creates. This comic artist’s work has been featured in The Thing Art Book, Hellraiser: Anthology Volume 2, and Heavy Metal Magazine.

This Chicago-based artist has talent and a style all his own that spans beyond his years. He is a master of multiple mediums and often manipulates photos and high-end toys with his artistry and lowbrow-inspired style.

See what these artists made!

Want to be a part of the next DemocraTee event? Shoot us an email at DemocraTee@threadless.com!