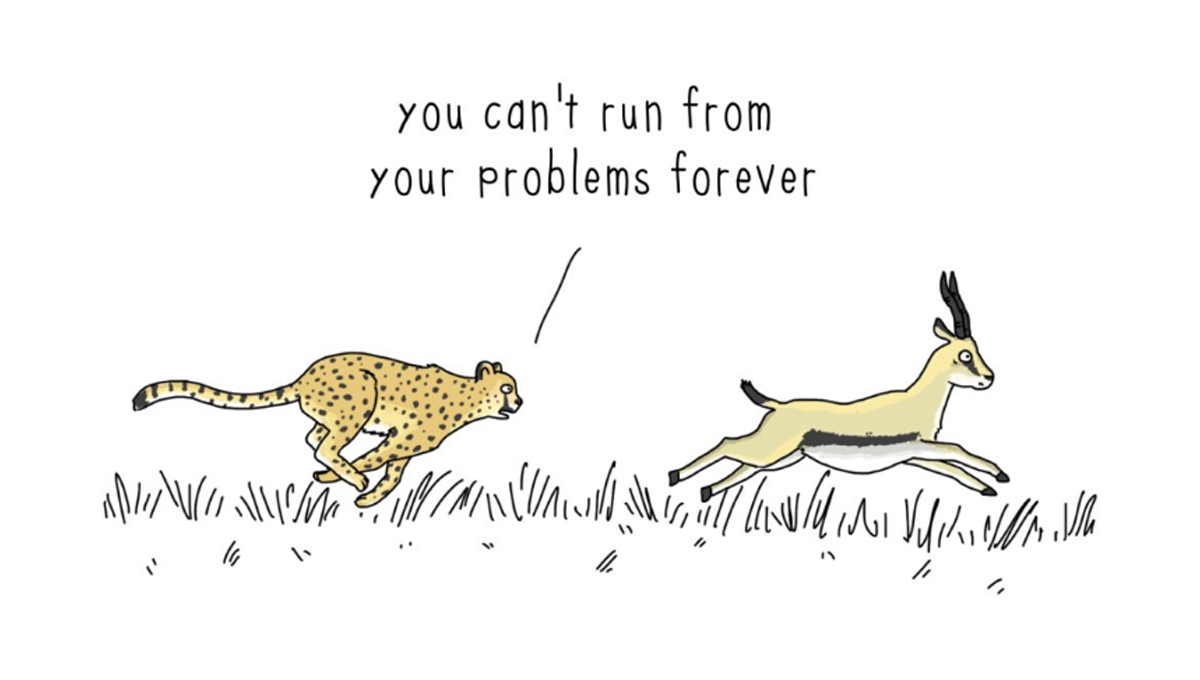 Do you ever look at your (or a stranger’s) cat or dog and wonder, “…what would you say if you could talk?” We both know the answer is yes – how could you not! While we don’t yet have a special translator for our furry, scaly, and feathered friends (someday…), we DO have the comic series “They Can Talk“, and it’s the next best thing. This series was started by artist, video extraordinaire, and master of all comedic mediums Jimmy Craig. And this is not his first rodeo (animal pun 1000% intended) with giving us a window into the inner-workings of our pets’ minds; you may recognize him as the cat in the viral video, “Cat-Friend vs Dog-Friend“. While he’s cracked us up in video form before, his comics will do the same from the page. Scroll to see his comics, Artist Shop designs, and to find out more about this rad artist.

First things first, hello! What are you doing right now at this moment?

Currently eating blueberry Chex. Still trying to figure out if I actually like them or if I’m just excited because they’re new to me.

Yes. Illustrating and writing opportunities have come in a lot different forms, but I am extremely fortunate to do it for a living.

How did you start your comic series, “They Can Talk”?

I tested the waters a bit with a couple of comics on Tumblr and I got an awesome response. I don’t know if it’s the content or not, but Tumblr seems to have nicer users than some other social media sites. The comic has evolved slightly from the first few, but the core concept has always been the same: things animals might actually say.

Besides viral comics, you’ve also created some viral videos! Have you always been an illustrator as well as a video creator? Did your experience in scripted comedy help you create illustrated scenes?

I’ve been doing both for quite a while and I think there are definitely similarities between the two, like how to deliver a joke as concisely as possible. I have so many comics that lose frames before the final one is posted.

Do you have a favorite “They Can Talk” comic?

I’ve always liked the caterpillar and worm comic that’s on the last page of my book. They’re both watching a butterfly and the worm says that he can’t wait to turn into one. I think I like it because it’s sad and funny at the same time. 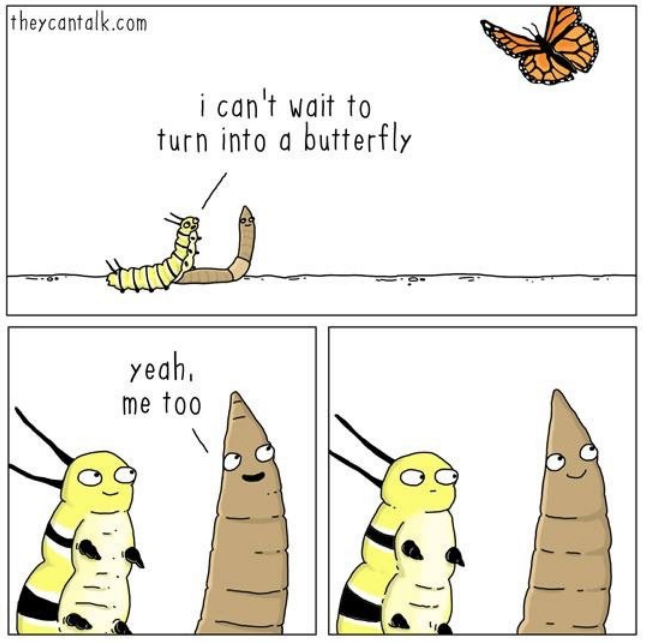 I read in an interview that you create a comic every Sunday night – has this routine helped you become a better illustrator?

My illustration skills still have a long ways to go, but they’ve definitely improved since I’ve been doing the comic. Once a week isn’t a huge commitment, but I think that the routine has really helped me build an audience.

What other projects do you have going on currently that you’re excited about?

I’ve been working with Illumination on some stuff, which has been really cool. Also, my friend Justin and I completed a pilot for an animated series that I have high hopes for.

Don’t be afraid to make bad art. Sometimes I make bad comics but I still get a sense of satisfaction just from creating something and I think that helps keep the creativity flowing.

I’ve decided that the blueberry Chex are good, but not as good as the cinnamon ones.

Want an Artist Shop of your own? Start one now!