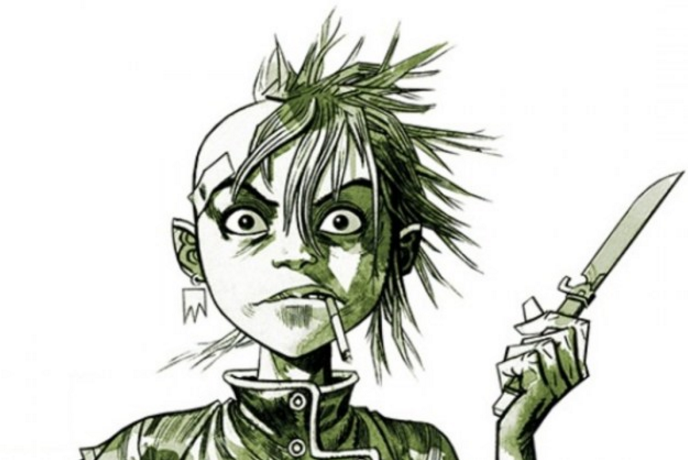 And there are few artistic styles that I dig more than Jamie Hewlett’s.

The Gorillaz are about to come back into our lives this year, but Hewlett hasn’t just been re-listening to “Melancholy Hill” while the band’s been dormant. Didja know he’s got a comic book out called “21st Century Tank Girl”? Check dat art:

“Tank Girl” is an Aussie punk Riot Grrrl considered an outlaw mainly for her drug use and sexual inclinations. She roams a post-apocalyptic Australia a la Mad Max with her boyfriend, a mutant kangaroo.

In other words, these comics are a freakin’ trip, and it’s great.

I was going to geek out about how “Tank Girl” is an awesome new comic, how Brett Parson illustrates some of the issues and his art is also bae (he did the above image), and how I have an uncomfortable attraction to Tank Girl’s mutant kangaroo boyfriend. But researching her became a rabbit hole that blew what I thought was a fun, small, new comic up into a whole cultural thing. 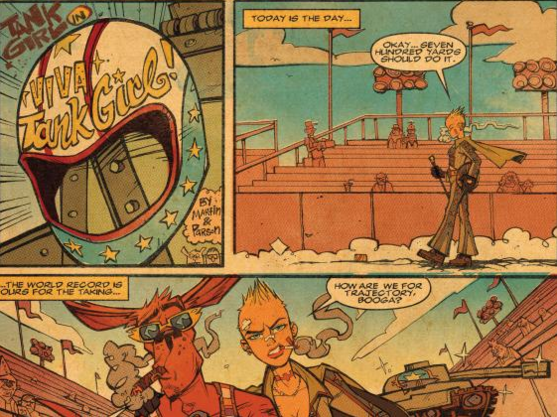 Cuz turns out, Tank Girl is far from new. In fact, Hewlett started the comic in ’88 where it continued into ’95, when it was adapted into a (crappy) movie. But that aside, she was also kind of an indie political symbol.

Where I thought “Tank Girl” was just a fun comic,  she and her comic actually had a pretty important place in pop-culture history, emphasis on the “cult” part. The movie became a cult classic. And the punk-girl vibe of Tank Girl as a Riot Grrrl gained the comic popularity in the counterculture zeitgeist. She was seen as a “cartoon mirror of growing empowerment of women in punk rock culture.”

Tank Girl went from comic character to a political symbol protesting the lack of homosexual acceptance at the time. There were even lesbian meetups in London called “Tank Girl Nights.”

So while you’re waiting for the new Gorillaz music to drop, check out the shiny new “21st Century Tank Girl” for some awesome Hewlett-inspired art and a little piece of counterculture history.