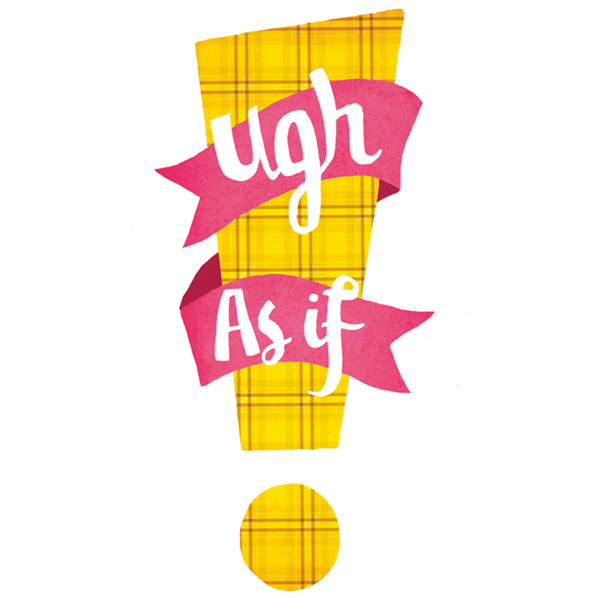 Totally bugging about the fact that Clueless is 20 years old this year? Turn that freakout into a big whatever “\/\/” with your fingers, because Clueless is timeless.

Michael Buxton – a.k.a DinoMike – has dabbled in creating art out of the classics. From adorable serial killer and monster tees, to Clueless quotes, and to, of course, lots of dinosaurs, Michael has a style that reflects pop-culture faves while remaining all his own.

We talked to Michael about his winning Clueless design – check out his (awesome and hilarious) answers below, and check out his artist shop here!

I saw you work at a greeting card company! That’s awesome – what’s your favorite card design so far?

I’ve worked in the greeting card industry for centuries, so there’s a lot to choose from. I did a range of cards with these quirky characters that animated when you moved the card. They were fun to do and I was really pleased with how they turned out…but Pixar has yet to pick up the phone.

I love how so many of your designs are adorable puns – how do you brainstorm your designs?

I normally just think of a certain subject matter, then torture my girlfriend with lots of terrible jokes about it until one sticks.

Who would win in a fight: giant robot or a GIANT octopus?

I’d like to think that during the fight they both fall into a volcano and fuse together to form Roboctopus. Everyone wins! 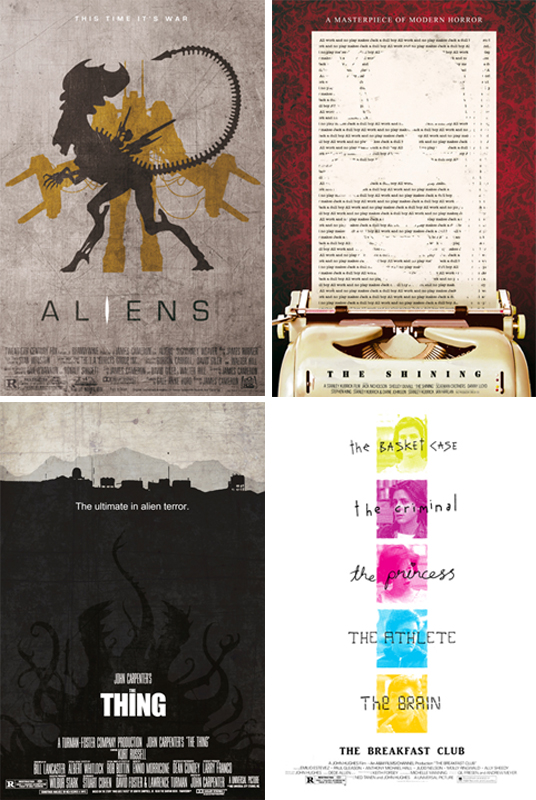 Looks like you’ve got a lot of sci-fi and classic film inspiration in your work!

Yeah, I’m a massive film nerd. I’m always a bit careful about using pop culture stuff in my work because I think it can be a little lazy and date really quickly. So I tend to use films that are classic and won’t date as much. And not to sound like a grumpy old man, but films back then were awesome.

Dogs or cats? Or other?

I would have to lean towards dogs, but we have recently been selected by a cat to basically provide him with food and lodgings. He’s pretty cool.

Your “Free Hugs” shirt is definitely a favorite around here. Have you seen a lot of people wearing it around?

Not yet, but I did see a dude at a film festival I was at recently wearing my ‘Great Monster off Kanagawa’ tee. I actually went over to say hello and then realised I had an uphill struggle to not appear like a crazy person.

I’ve got to go with the obvious and say a T-rex. Evolution literally had to step in and give him tiny arms to try stop him being so badass, and even that didn’t work.

Are you a big fan of Clueless?

I am! I think it’s a really smart film and has some of the most quotable dialogue ever. It’s also fun to see how Paul Rudd essentially hasn’t aged in 20 years.

If Jurassic Park was a real place, knowing what you know about the movies, would you go?

I would have a season ticket, but I’d probably be banned for harassing Jeff Goldblum.

At the end of the day, what’s most inspiring to you?

I get inspiration from loads of places; films, books, music. I try to keep generating ideas as much as possible so I’ve got as bank of things to design when I get the chance. My favourite part of the process is just sitting and drawing with a pencil and paper.

A lot of your pieces have a cool night owl vibe – are you a night owl or more of a day artist?

Definitely a night owl. It takes a lot of motivation for me to get up in the mornings. I find buying exciting cereal is the key.