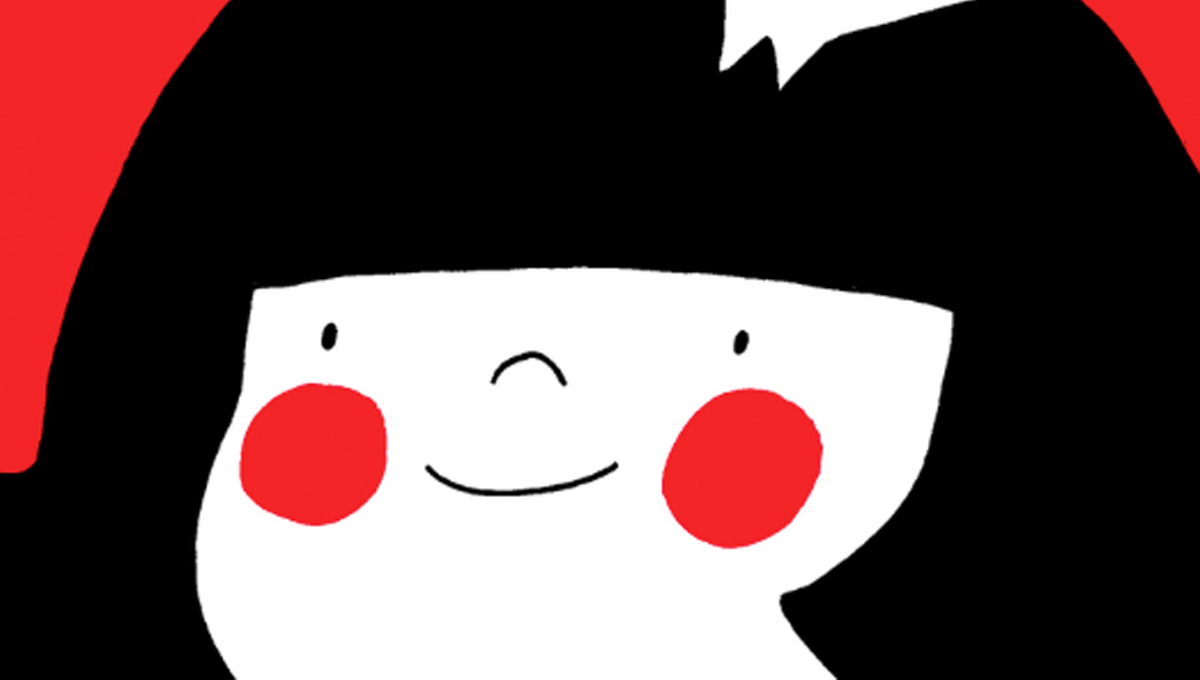 Whether you adore romcoms or don’t love them (get it?), one thing is undeniable: love stories never get old because each one tells its own story. And

artist Philippa Rice’s style is best embodied in the illustrated telling of her and fellow artist Luke Pearson’s “Soppy” love story in the graphic novel of the same name. But as a dabbler in many mediums, this UK-based artist’s visual whimsy and minimalistic style extend beyond the page. From cardboard and paper collages she uses for her comic “My Cardboard Life” to animated singing crochet creations, there’s a spirit in all of Philippa’s art that is uniquely hers. And now she’s extended that style to an Artist Shop where you can make her work part of your own Soppy story. Find out more about her below.

First things first, tell us a little bit about yourself! Name a book or comic you’ve been reading lately and a show you’ve been bingeing!

I’m Philippa Rice, I’m a cartoonist and I live in Nottingham with my partner Luke and our eight-month-old baby. The last book I read was The Power by Naomi Alderman. It was okay; I thought the idea was pretty interesting. We’ve been watching the latest season of BoJack Horseman and love it very much.

You work in so many different mediums! Does it help your creativity to be able to bounce from one medium to another?

I’m not sure if it helps my creativity, but I think it does stop me getting bored. A change is supposed to be as good as a break apparently, and I do find that’s true with changing up mediums and styles. It can help keep things interesting.

How did you get your start in the comic world?

I started making the My Cardboard Life comics in my spare time and uploading one a day. After a year or so, I sort of had an audience and eventually turned it into my job, self-publishing books, etc. And that led to me doing other comics, too.

Tell us a little bit about your series, My Cardboard Life! What first inspired experimenting with this medium?

I came up with the character Cardboard Colin and decided it was better to make him out of real cardboard than to try and draw him. At the time, I had just moved house and there was so much cardboard around from all the boxes so that was probably the inspiration, really. Once I got started on a collage, it led to using all sorts of materials and it’s really fun to try new textures and make new characters based on them.

I love your comic Soppy. How do you balance telling stories that are deeply personal and honest while protecting yourself and those in the comic?

With Soppy, it is intimate but it never really gets personal with me and Luke. In the actual comics, I never even mention our names. I think a lot of people reading it don’t even know that it is a real-life couple. I think even if you do write a comic and reveal quite a lot, it’s never the true whole story and even though people might feel like they know a lot about you, they don’t really.

Your partner Luke Pearson is also an artist! How does your work inspire Luke’s and vice versa?

We often ask each other for help, just talking through story ideas mostly to try and work out difficult bits. I think that we tend to inspire each other in general to work hard and produce the best work we can.

Tell me a little bit about the designs in your Artist Shop! What made you choose the designs you feature in there?

I’ve got some prints from Soppy, and a repeating pattern made from parts of Soppy artwork which I think turned out really well, especially as a duvet cover or blanket! I made a t-shirt of the character George from my animated video series, Soft Spot. I chose to make an “I Love Teddies” t-shirt just so I could get matching t-shirts and baby t-shirts for my family (we are big teddy fans).

What’s next for you?

I’m working on my next book, SISTER BFFs, which is a comic collection based on me and my younger sister when we were in our early twenties. I’ve done a few comics based on us before and now I’m working it into a bigger book.

If you don’t start making it and get it finished, then it doesn’t exist. So get on with it!

You can see the animated videos me and Luke made together on the YouTube channel, “Soft Spot“.