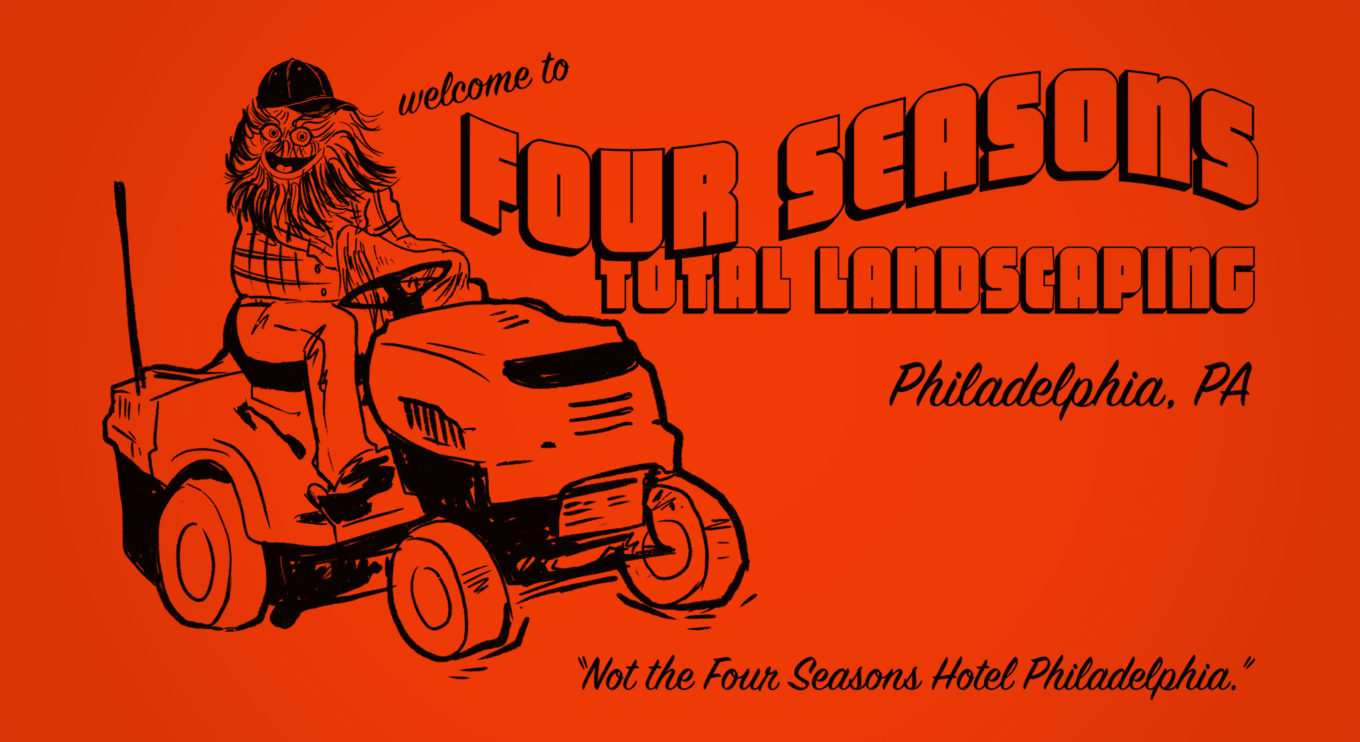 Los Angeles–based artist and Three Eyed Rat founder Shing Yin Khor typically fills their days drawing, making art installations, and adding new entries to their ongoing cartoon series. Of all their creative abilities, they have a particular knack for storytelling. Their original comics draw from all sorts of intriguing themes and experiences. They delve into historical fiction in The Legend of Auntie Po, which follows a Chinese-American cook at a logging camp in the mountains of Sierra Nevada. Their more autobiographical, diaristic comics—such as Work Hard—explore everything from queer adventures to feminism (and maybe even include their dog, Bug).

Ever since President Donald Trump won the office in 2016, Shing has also made it a daily routine to make activist and protest art. But things took a surprising turn last week when they created a particular tee that almost immediately became one the bestsellers in Threadless history. In their Artist Shop, Shing released their “Four Seasons Total Landscaping” design featuring the furry, bug-eyed mascot Gritty riding a lawn mower. They also committed to donating all of their proceeds from the sale of the t-shirt.

The tee quickly amassed thousands of retweets on Twitter after they posted it with the following caption:

Initially, Shing thought the tee would raise a few hundred bucks—a few thousand at best. But they’ve already raised over $100,000. The unexpected demand for the shirt left them “flabbergasted,” as they put it. They originally planned to donate all proceeds to Georgia’s twin runoff elections, supporting the campaigns of Senate hopefuls Jon Ossoff and Raphael Warnock. Since the design blew up, they decided to expand their fundraising focus to largely benefit organizations fighting to protect voting rights. Shing is currently working with Threadless to direct all profits to their preferred organizations, and continues to update fans and buyers on their Twitter account.

This whole fundraising endeavor all started with Shing’s simple desire to make a shirt celebrating “the absurdity of the Trump campaign.” They explain, “It will never be offered in black, because some things are meant to be orange, like sunsets and Gritty’s fur.” From their art studio, Shing took the time to chat with us about how they created the design, their reaction to the sudden demand, and how the tee has become somewhat symbolic.

What did you think when you first heard about the Trump campaign’s press conference at Four Seasons Total Landscaping in Philadelphia?

Shing Yin Khor: It was just… incredibly absurd, starting with the fact that Trump had tweeted out that it would be at the Four Seasons Hotel Philadelphia, and the whole situation just getting more ridiculous from there. I actually think the backyard of a landscaping store is a perfectly fine place for a press conference, but everything about the situation just exuded incompetence—starting from the failure to communicate the location properly to the tangled mess of cables that any average high school AV Club member would be embarrassed to deliver as their work product.

How did this amazing t-shirt idea all begin?

I was extremely drunk on celebratory mimosas and playing D&D over Zoom with my friends, and it occurred to me that I really wanted a retro-looking shirt to commemorate the occasion, but no one had made one yet. So, I threw something together in 15 minutes (including drawing Gritty on a riding lawnmower). The design is absolutely meant to look like someone was given $50 to assemble clipart together. It just felt right, although I don’t particularly want it to be used as an example of my design work. It’s actually pretty good-natured. I’m an installation artist and therefore a carpenter functionally, and I spend 50% of my life wearing clothing you can buy at a farm-supply or hardware store. The design is entirely a mockery of the Trump campaign’s incompetence, not a mockery of landscaping businesses.

Why did you decide to use the slogan that appears on the t-shirt?

Even the tagline is purely factual, which is “Four Seasons Total Landscaping is Not the Four Seasons Hotel Philadelphia” (as the hotel tweeted). I already had a Threadless store that I’ve made approximately $150 from, so it made sense to just upload it so I could buy myself one. I also tweeted about it. It wasn’t entirely a fluke—I’ve been running art fundraising projects for several years, including co-founding Resistance Cranes and Project Pizza. So people do expect things like this from me. I’ve developed the credibility necessary for people to believe me when I say I’m giving all proceeds away, but I think the timing of this design was just particularly right.

Why are people obsessed with the fluke of this trending news and the ridiculousness of it all?

I’m not a sociologist, but I expect that for a majority of people in the country, this is the equivalent of a long national exhalation after being told that inhaling helium for four years is good for you. This is the way the Trump presidency ends—not with a bang, but a whimper?

What went into the design process? Who is Gritty, for the uninitiated?

Extremely little went into the design process. Here is an explainer on Gritty: Gritty is the official mascot for the NHL team the Philadelphia Flyers. The orange t-shirt color is important as a design choice, but I made a minor exception for yellow because it’s a color of Gritty’s fur. I also added the ringer tees because the retro look feels right and I wanted one.

What has the response been like and how does it make you feel?

I certainly expected a decent response and to raise some money—probably a few thousand. But this scale is unexpected and humbling. I’m excited and honored and happy, but frankly, I’ve had too many feelings over the last month and I’m not really in a place to process all of them yet.

How will you distribute the funds as you’ve outlined on Twitter, and why do the organizations you’ve chosen to support speak to you?

Fortunately, I’m working with Threadless, so no money actually has to pass through me. This is good, because I make significantly less than $100k a year, and having to process everything myself would have severely messed with my taxes. I’ve donated my maximum individual contributions to the Jon Ossoff and Raphael Warnock campaigns. The first $100k of donations are going to established voting organizations, primarily those operating out of Georgia and led by BIPOC who are mostly women. It is abundantly clear to me that these are the most effective organizations who are intimately familiar with the landscape of voter rights work in Georgia.

What will happen with the next round of donations?

In the next round of donations, I’m going to try to support small, volunteer-run grassroots organizations that are used to turning just a few thousand dollars into a lot of personalized community outreach. This might be a tiny bit of a logistics nightmare for Threadless (they are very kind!), but after sales start to slow down, I’m just going to switch to using the Causes feature so it is all integrated into their normal workflow. Had I known the response to the design was going to be this huge, I would have tried to direct funds to more mutual aid and community organizations. But I said I would send all the proceeds towards the Georgia runoffs, and I’ll stick with that.

What’s to learn from this situation when we stand back and look at it.

It’s very kind of you to assume that I’m capable of learning from my impulsive art projects.

What’s next for you? Could you see yourself running a bigger business like this?

Well, I’m going back to my regular work as an installation artist and cartoonist, because answering t-shirt questions is something that is neither my job, nor is it something I’m good at. I don’t have any intention of becoming a t-shirt mogul, but it feels good to add this fundraising method to my standard art fundraising arsenal.