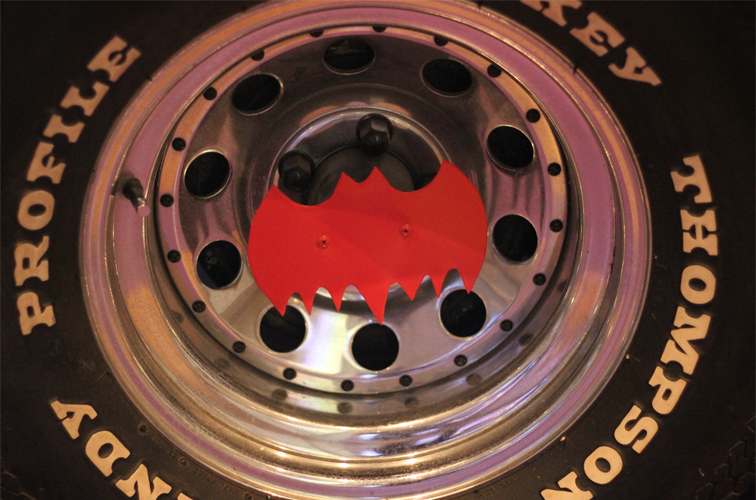 One of the kings of geek culture, Mark Hamill, once said:

“In high school, I had to hide my comic book side, my nerd side, from the civilian world so they wouldn’t categorize me. They would try to marginalize me for what I like. I tried to give it up…But there’s too much I liked about it to give it up completely.”

But comics aren’t just fun things to read. They’re also a kind of time capsule, offering a reflection of our fears and culture of the time in which they were written, while also offering an escape from them – not just for the readers, but the creators as well.

One of the coolest things I learned at the “Superheroes in Gotham” exhibition is
that a lot of the now huge names in comic book history were from Jewish immigrant families. But in the ’30s and ’40s, a lot of the big publishing and advertising firms wouldn’t hire Jewish artists, writers, and publishers. So many of them Americanized their names.

And you can probably guess that “Stanley Lieber” = king of Marvel, Stan Lee.

“The New Yorker” and “Playboy” artist Mort Gerberg even had sketches of Batman on his Hebrew book.

Comic Books were an outlet for less-than-accepted groups to have a voice. Wonder Woman, for instance,  was created by a man named William Moulton Marston in 1941 on the brink of WWII – just a year before Rosie the Riveter became a symbol of Women “(wo)manning” the homefront, and a symbol of liberation. 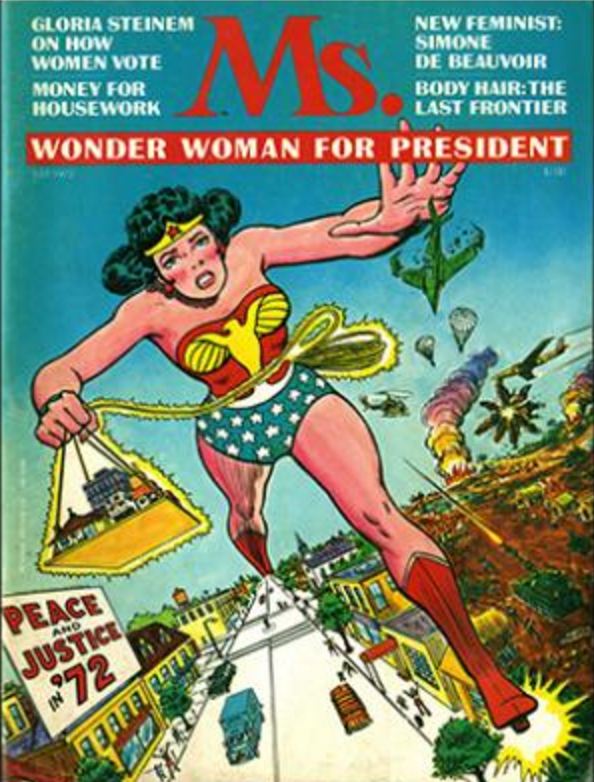 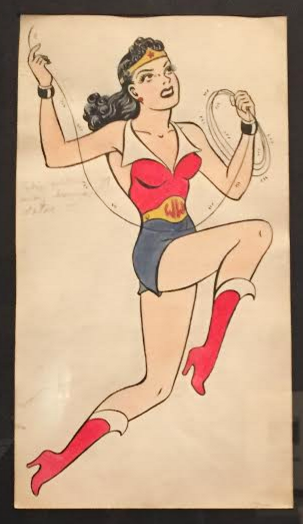 where women certainly did not.

And even then, Wonder Woman dolls didn’t really become a popular thing until the ’70s. Which was when the Wonder Woman TV series was out, but also happened to be the very height of the Women’s Liberation movement (right: early drawing and comic cover of Wonder Woman nyhistory)

Comics speak directly to us about world events and capture them like a history book in a unique way.

As the exhibit said:

On the brink of WWII, Captain America was tackling our wartime anxieties almost a year before the US even played a part in the war.

And the military even used superheroes to teach soldiers how to read, use weapons, and avoid disease. American troops carrying these comics around the world actually helped grow the international audience.

So it makes sense then that it’s the age of the comic book movie. We live in a scary, unpredictable time. Even comics today, although more for sheer entertainment, reflect this.

The Amazing Spiderman Vol. 2 #36 came out in December 2001 and sported a black cover for 9/11, as well as a story around the tragic event. Iron Man originally had a communist enemy. But the 2008 movie starring Robert Downey Jr. changed that enemy to one that was strikingly reminiscent of Al Quaeda-like terrorist groups, reflecting our anxieties of today’s conflicts.

It gives you a new appreciation for comic books – both their history and for the comic books of today. And makes you re-think the ‘ol “reading a textbook but secretly reading a comic book hidden inside of it” trope. Because while that was always a clever bit, technically? Doing that you would still get one hell of a history lesson.

If you’re in the NYC area before February 21st, check out “Superheroes in Gotham” at the New York Historical Society. And – *pushes up nerd glasses* – yes, to answer your question, it’s Marvel and DC – “Gotham” means “NYC” in this case.