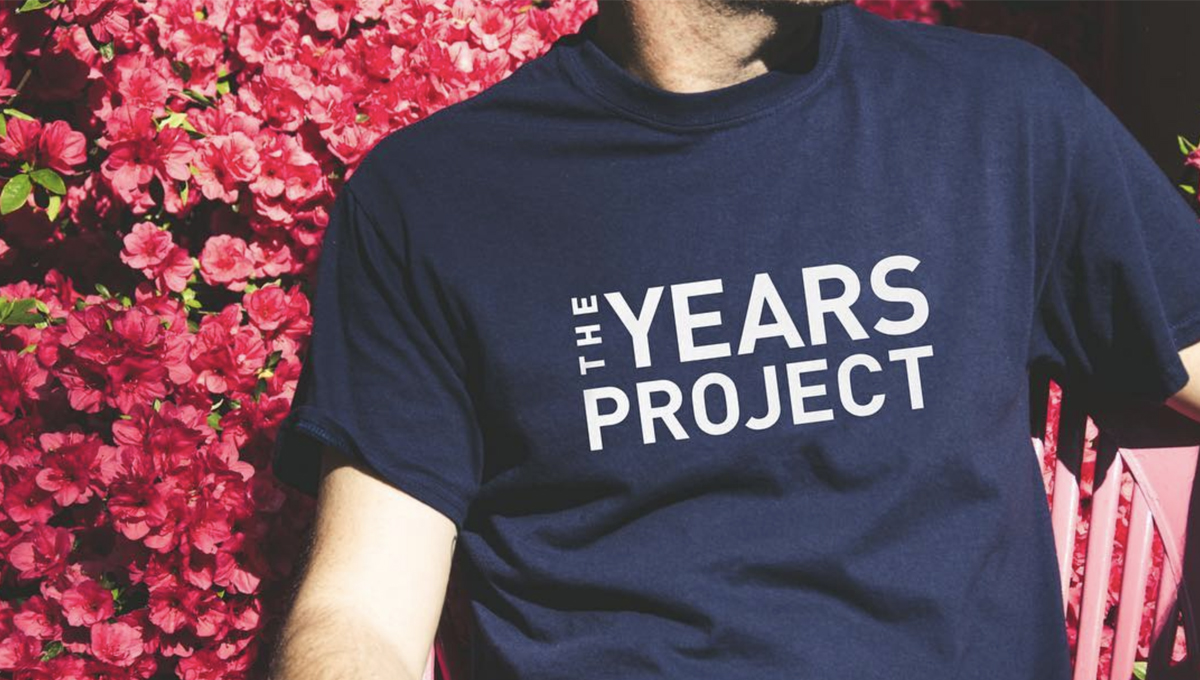 You wouldn’t expect to find celebs like Gisele Bündchen trekking through the Amazon, Harrison Ford exploring a forest off of Endor, or Sigourney Weaver learning about solar panel science outside of sci-fi. But that’s exactly what happened in the award-winning Nat Geo series, Years of Living Dangerously. Started by a team of 60 Minutes producers, the show worked with A-listers who share a passion for the environment. And now the team behind the series continues their tireless efforts for climate change awareness with The Years Project – an organization making it easier for everyone to learn how to make our pale blue dot a healthier place! Through social media and super easy “Weekly Action” tips we can utilize every day, they show that it’s easier than we think to make a difference in our world, for our generation and for those in the years to come.

We talked to the Executive Producers & Founders of The Years Project Joel Bach & David Gelber, Brand Manager Samantha Sedlack, and Web Director Maggie Badore all about how their small team is making a big impact with their show, with their Artist Shop, and by making it easy for everyone to make a difference.

How did Years of Living Dangerously get its start? What first inspired the series?

David: We came up with the idea for YEARS OF LIVING DANGEROUSLY (YEARS) while working as producers at 60 Minutes. We were producing a number of climate pieces, and the more we reported on the issue, the more we knew it was a story that desperately needed to be told. We met over a series of lunches and came up with this idea of making a big documentary film – in the model of 60 Minutes but featuring Hollywood A-list actors as correspondents – with the goal of attracting a large audience to shed light on the issue.

Joel: Since neither of us knew any of the big A-listers, we started making some calls and eventually landed a meeting with the late Jerry Weintraub. He signed on as Executive Producer and suggested that we do a TV series to maximize viewers. Then we got James Cameron and Arnold Schwarzenegger to sign on and the rest is history!

How did you choose which celebrity correspondent to pair with specific issues & areas in the world?

Joel: We were very selective about the celebrities and journalists we approached for this project. We didn’t want famous people doing cameos – we wanted people who had an authentic commitment to the environment who could bring their own insights to help us tell the story. You can see how passionate each one of them is about these issues. For example, Harrison Ford is a Conservation International board member; Don Cheadle is a UN Environmental Program Ambassador; and Ian Somerhalder is the Founder of his namesake organization that is driven to educate and engage youth, particularly in relation to the environment.

Tell us about The Years Project. What’s the day to day like?

Sam: The Years Project was born after the second season of our show Years of Living Dangerously ended. We were raising funds for the show and realized that the climate story needs to be told every day. Now we create short-form digital pieces for our audience across multiple platforms to inform, empower, and unite the world on the issue of climate change. Every day, our team works to find the most important stories on climate, doing rigorous work to check the science and teach our audience how they can make a positive impact.

How does the Years Artist Shop help support what you do?

Sam: Climate change is real and it’s happening now; that’s why when Season 2 of YOLD ended, we started The Years Project. The Years Project seeks to inform, empower, and ignite those interested in climate change. This Artist Shop is helping support that mission. We are a small team of only about 10-15 people on any given day, who are each passionate about our planet and its future, but climate change information is not sexy. We exist mostly off funding from philanthropists who share our concern for the climate. The Artist Shop is a sustainable way for us to support and promote our brand and our message.

What do you think is a big topic we should all be thinking about right now?

Maggie: I think one thing that doesn’t get a lot of press is the progress we can make at the state level here in the United States, like California’s move to require rooftop solar power on new homes starting in 2020. Right now, the federal government isn’t likely to pass climate laws, but if people concentrate on getting their cities and states to take action, it can still make a big difference.

Do you have a favorite episode of the show?

Sam: I think one of my favorite moments was David Letterman in India. India has such vast culture and is such a beautiful place, but so many people live in really inhumane conditions. The show highlights how these humans would greatly benefit from better access to things like solar power and other renewable energies. The fact that children need to make the decision to either study by light and become sick from the kerosene or not better themselves and their education is just such a stark contrast to what many of us face today in America. There is so much more we should be doing for the children of the world because they will be the ones who find us better solutions in the future; they deserve that chance.

What went into making each season of your show? It seems like a massive undertaking!

Sam: There’s a lot that goes into the making of a show that I don’t think people realize when they watch it. For one, there are only a small number of people on camera, but it takes a whole slew of people to get this thing off the ground and running. We have teams of writers, researchers, producers, production assistants, directors, camera people, editors, sound designers, graphic artists, lighting, etc. There are photographs with like 30 people just on this small boat out in the ocean for one part of one shoot for one character in one episode. It’s insane, but such a beautiful experience and extremely rewarding if we can make an impact on peoples’ lives and the world.

How else can people get involved?

Maggie: People can sign up for our Weekly Action, which suggests one thing you can do every week to help solve climate change. Some weeks, it’s something really small like watching and sharing a video, and other weeks it’s a little bit bigger, like calling your elected officials in Congress.

Sam: We hope that The Years Project inspires others to realize that no matter how large or small their effort may seem, it’s important and does make an impact. Even if all you can do is be hypervigilant about recycling, you may inspire someone else who can then, in turn, inspire another person. It’s the ripple effect! I was pretty environmentally conscious before I started working at YEARS, but being around all this information has taught me so much and Maggie is now my go-to for composting questions. We chat about it all the time and started making Instagram stories about it. Now our followers tag us all the time in their photos and videos to show how they are combating climate change. It’s a really beautiful community and we’re all here trying to do good for our planet.