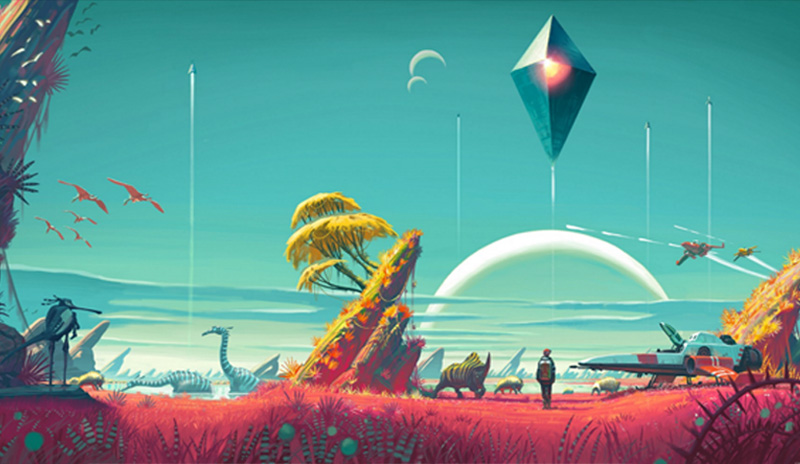 If you’re a super hardcore gaming nerd, you’ve probably known about No Man’s Sky for a super long time. And you’re probably scrolling down to the comments to write, “pffft duh, we’ve only been excited about this game forever, lady-bruh.”

But if you’re a little late to the game like me and you’re only just hearing about No Man’s Sky and getting super stoked for it now? Then let’s geek out about this game for a sec. 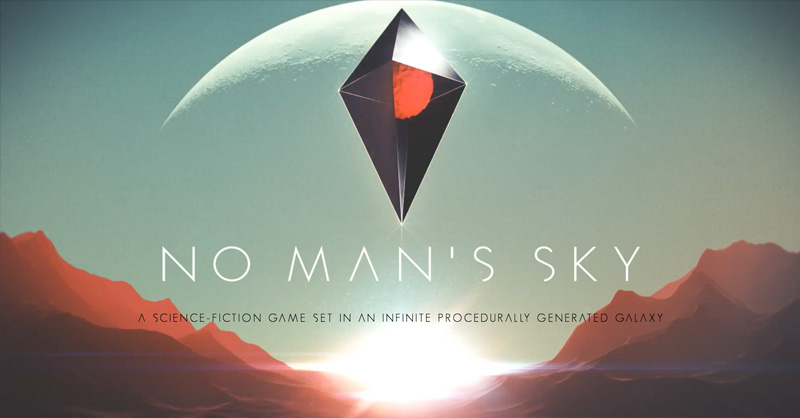 You’re essentially a space explorer and, at the risk of sounding like the Star Trek intro, explore new worlds, discover new planets and stars, find new species, etc. The only real game objective is to reach the center of the universe…y’know, whenever.

But No Man’s Sky gives a whole new meaning to “open world game,” because it’s literally impossible to see it all. I mean, unless you can spare the mere five billion years it takes to see everything. And by everything, I mean over 18 billion billion planets and stars that are there for you to explore.

And you thought the 300 hours you put into Skyrim was a lot.

Not only that, but the places and creatures you experience in No Man’s Sky are all “procedurally generated.” To explain what the eff that means, I talked to my Science Correspondent – a.k.a super smart friend and co-worker Eric – who explained it like this…

“The game builds worlds according to mathematical rules, and lets the rules determine what planets are like. In other words, nobody actually placed all quintillion planets by hand, it is all calculated using underlying rules. Things like distance from the star, size of the planet, water content, surface temperature – these control what (or who) populates a planet. Creatures only appear if very specific conditions are met, and their appearances might even be influenced by these same rules.”

So if a planet’s closer to a sun? The game will make it hot and barren. Too far from a sun? Super cold and barren. Right in the middle? Flourishing with life and things to explore. Which makes it super realistic. 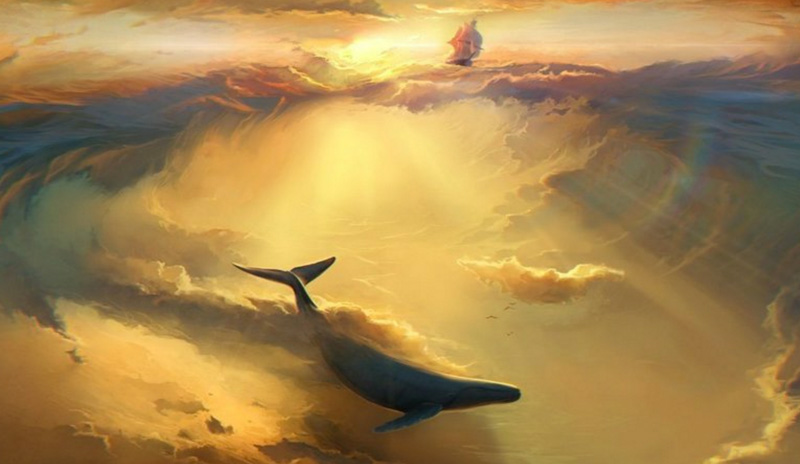 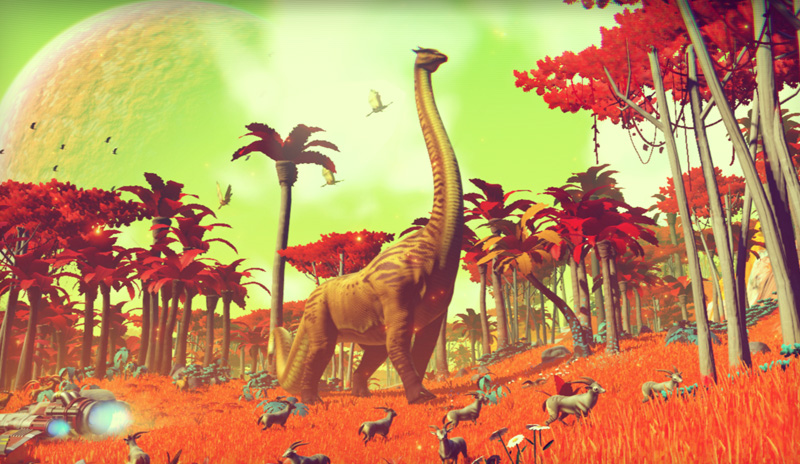 No Man’s Sky is only the latest in the new trend of gaming we’re seeing – experiential and hugely open world games over regular ‘ol narratives with a regular ‘ol beginning, middle, and end.

Those still exist, of course. But with VR tech actually available to consumers now and tech to make giant in-game universes like Hello Games has? Experiential games like Firewatch, Fallout 4, Skyrim, and now No Man’s Land are only going to get more and more in-depth.

I could go on and on about No Man’s Sky, because the amount of things that could be said it are as vast as the virtual world is large. But instead, let’s just sit here and rock back and forth until June 21st comes along.

What do you think about No Man’s Sky? Excited? Worried about its lack of multi-player aspect? One of the people who have played a demo, making us all jealous? Leave it in the comments!