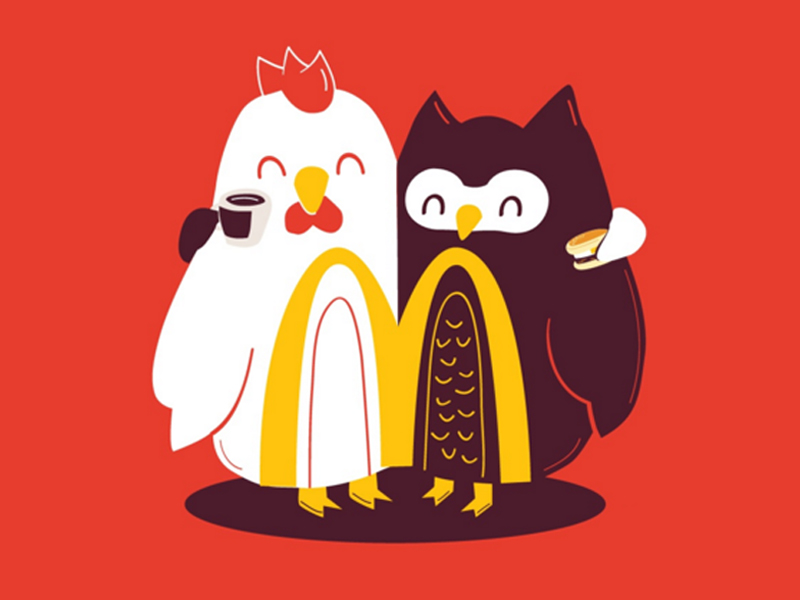 We’ve all been there. You wake up with a cravin’ that only an Egg McMuffin can satisfy. But alas – you stumble into the nearest McDonalds at 10:31 AM, just in time to see that McMuffin sign flip to a Quarter Pounder.

But now that McDonalds has All Day Breakfast? Those dark, dark days living like breakfastless afternoon cavepeople are finally over. I mean, if breakfast is really the most important meal of the day, why not make every meal breakfast, brunch, and brinner?

Aaron Thong (@agrimony) created a design that puts the “bae” in “bacon” and perfectly sums up the new McMarriage between nocturnal people and morning people brought together by their common love of one thing: breakfast.

We talked to Aaron about his winning design, pie, and Dismaland. Check out his answers below!

You’re kind of a mystery! Tell me about yourself – hopes, dreams, favorite kind of pie?

Hi! I’m Aaron! Will you be my friend?

I hail from sunny Singapore on the other side of the world, but currently I’m in rainy London.

I think my favourite kind of pie would depend on my mood. I do like the curry puffs in Singapore which is kinda like a pie I suppose. But for the sake of this interview lets go with some McDonalds Apple Pies. That or @taz-pie.

What do you do on the daily?

I’m not an artist! I’m actually a scientist doing serious researchy things for betterment of this world! Which probably means that I spend most of my day drinking coffee.

How did winning the All Day Breakfast challenge feel!

Honestly it still feels really surreal. It has always been my goal to win a challenge, and I didn’t expect my first one to be this big.

Are you more of a morning rooster or night owl?

Night owl for sure! I can’t function in the morning!

Have you taken advantage of the McDonalds All Day Breakfast yet?

Nope! We aren’t so fortunate across the pond…here’s why.

You have so many different themes to your designs! What most inspires you and your art?

Interesting question…probably because I don’t have any formal arts training, I don’t really have any approach to it. It’s either ideas that pop into my head or something that I see or hear which I then draw out. For example, “Housepour” was inspired by a house.

Also, a strange thing I do is to decide on a color palette beforehand and then come up with a design which fits the color. “My Better Half” was done simply because I wanted an orange design. And “The Lark Ascending” was because I wanted a pink one.

Sometimes I see designs online that have really nice colors and I end up creating a design just based around the palette. Is that strange? I have no idea.

I saw you went to Dismaland! What was that like?

Yes I did! It was terrible! Such a sad place! And the security guards threw our tickets on the ground and laughed! There was this weird twisty sculpture of The Little Mermaid which was quite cool though.

I hate Banksy! I only went there to look at some original Brock Davis artwork. That was nice.

I noticed you have a few origami-themed designs! Do you do origami?

I don’t do origami, but I made one specially for you! It’s a dog doing a slam dunk! You might have to use a bit of imagination.

I think origami fits in nicely with my style, because origami has lots of straight lines and geometric shapes which tend to work well in vector (more on that later).

How has your art style evolved?

Oh good question! Since I started from scratch I had to learn everything from the basics. I enjoy learning new things so that’s always fun. It’s quite interesting to trace my learning progress as I try to put them into my designs. Let me show you the evolution of my style.

You never forget your first, or so they say. This was my very first drawing which I sent to threadless. It was done in GIMP. Personally, I think it’s awesome. 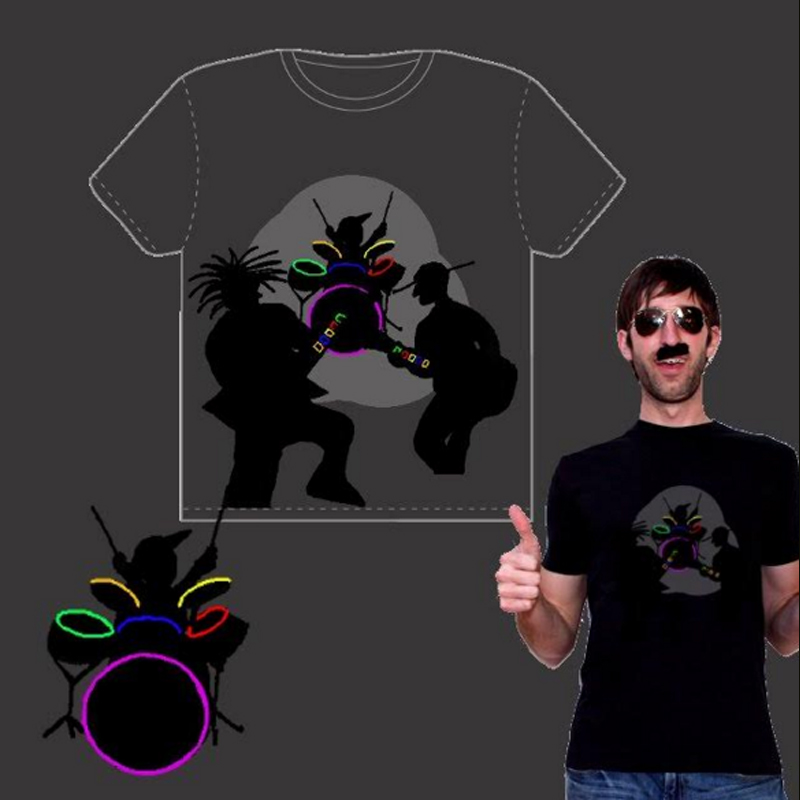 Then, I drew some ducks instead. 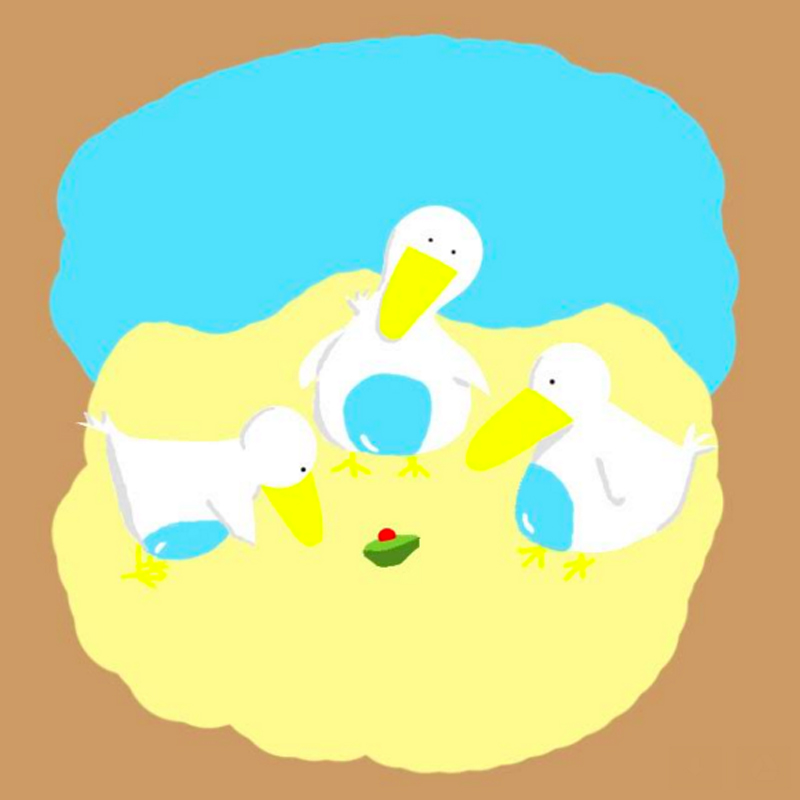 Eventually I realised I worked much better in vector (had no idea what that was even). This was my 3rd design, which was half vector half raster.

Which eventually got simplified into full vector images 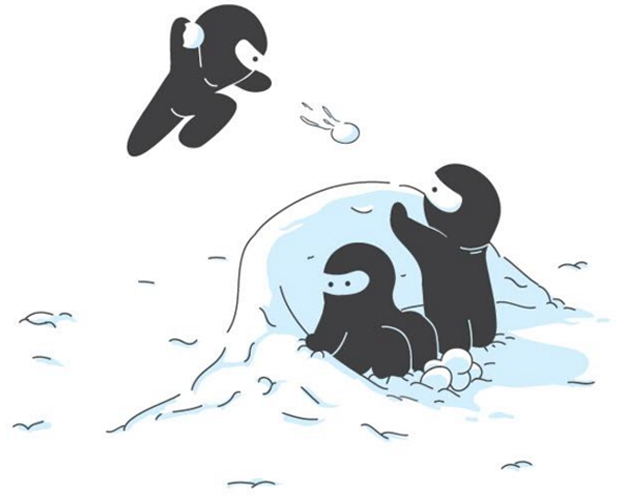 I studied how other artists such as @nes-k and @gumbolimbo did their characters. 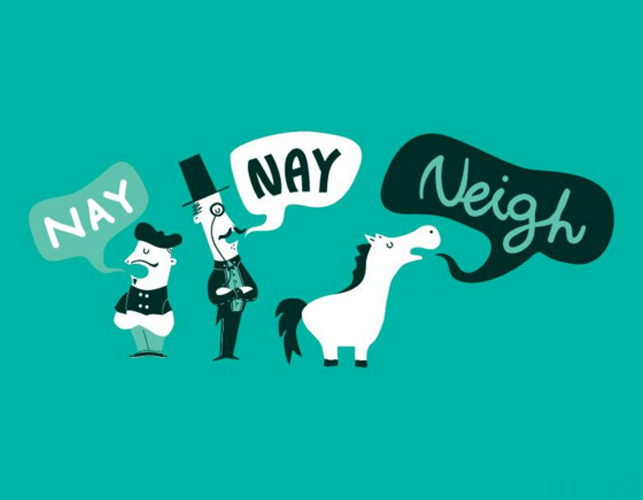 Eventually, took what I learnt and made it my own. 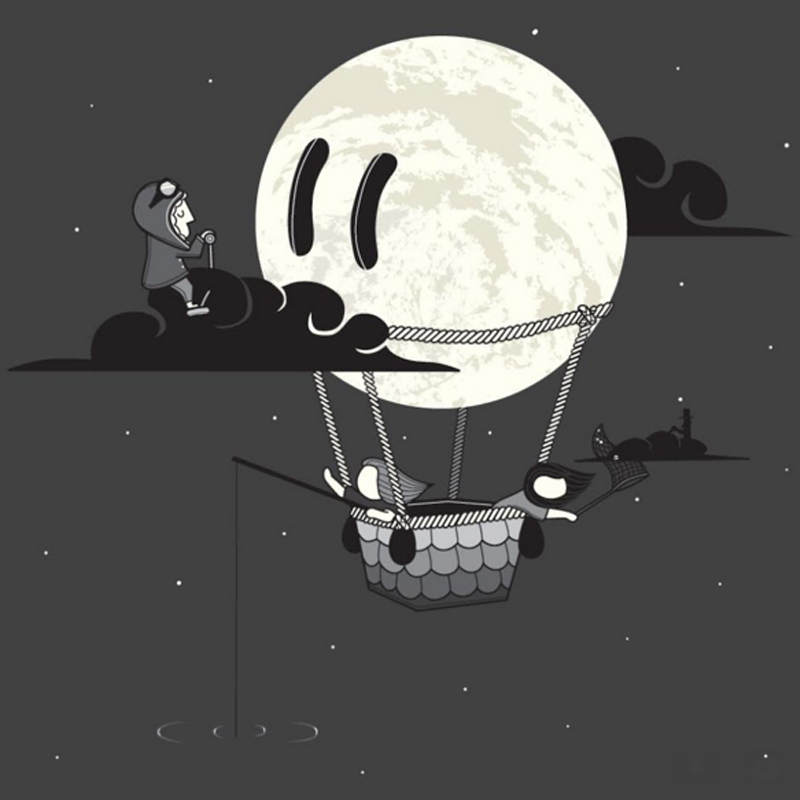 Still couldn’t draw faces though. So I decided to draw lots of astronauts so that I would never have to draw faces. 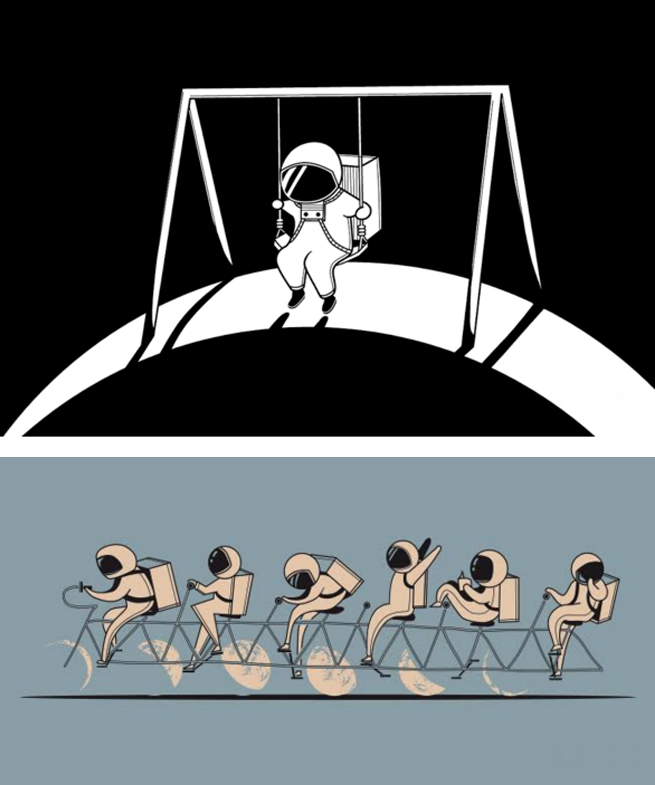 Of course eventually I wanted to learn how to draw faces. So I watched some tutorials and tried to sketch some. 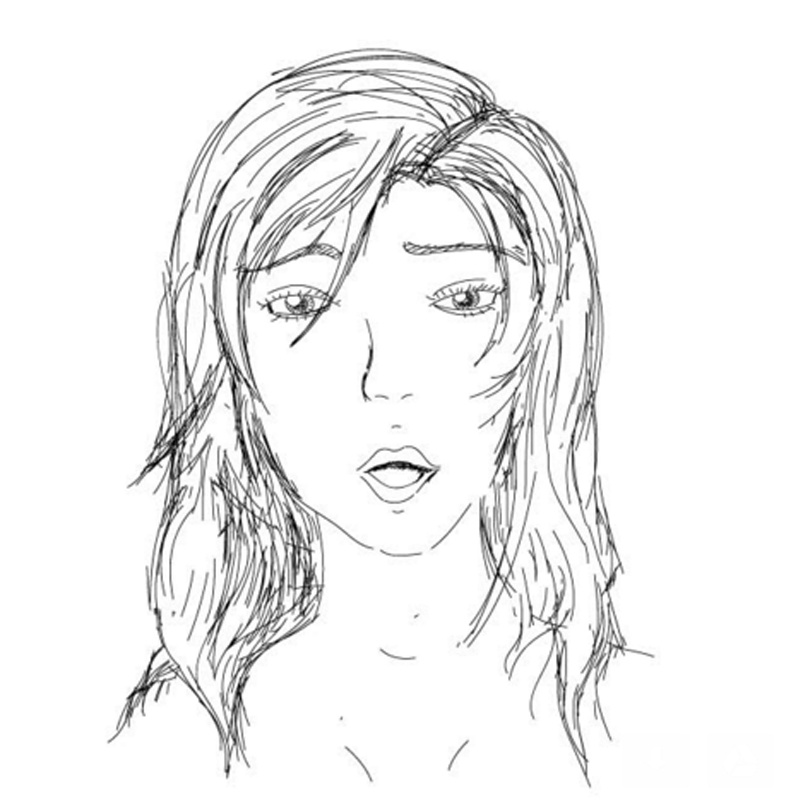 Turns out I’m still pretty rubbish at it. But it’s something I’m still learning. 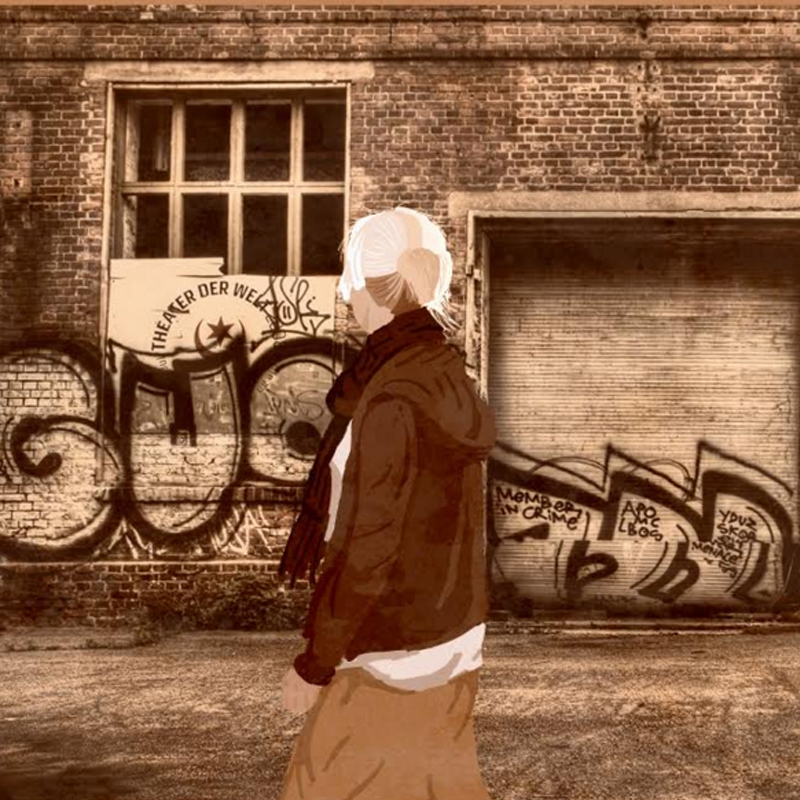 Gradually I’m going back to where I started, doing a mix of vector and raster. Which probably brings me to where I am today. Hopefully I learn to draw faces soon and start to be able to do digital painting. Alice’s livestreams are really good for learning that! 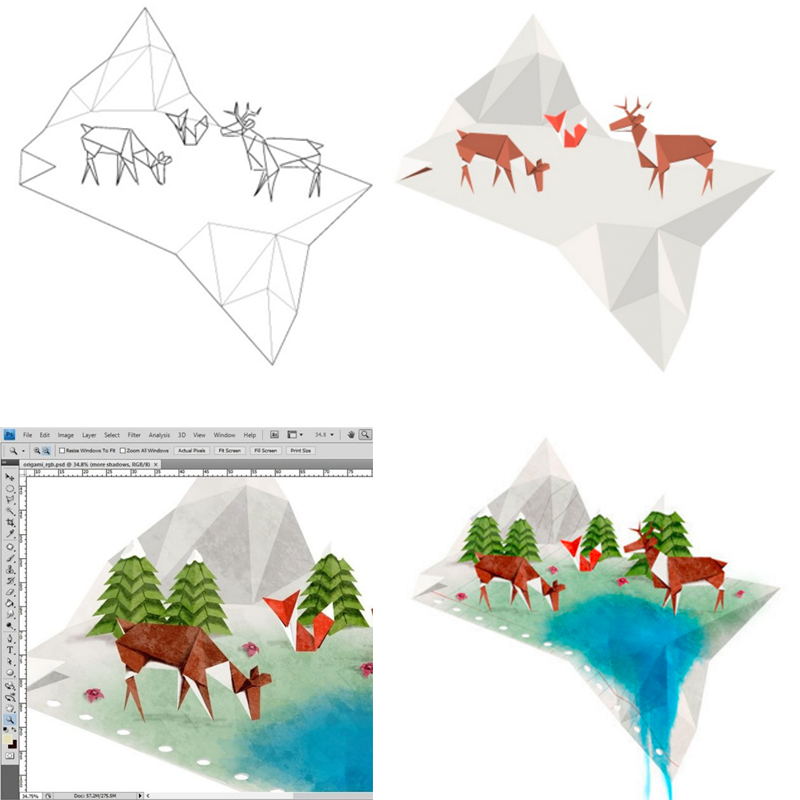 So yup! That’s my 6 year journey! It was really fun!

If you could send an origami paper airplane anywhere, where would you send it?

Oooh. Maybe to war-torn areas would be nice. They probably have had enough big metal planes flying around, a little paper plane flying above would be a welcome change. Maybe I should draw that…

Who are your art heroes?