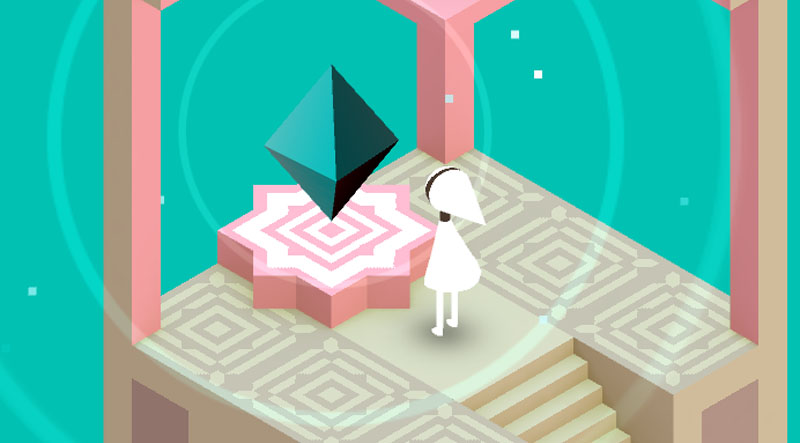 Physical location: laying on my bedroom floor, holding my phone above my face, and plugged into a pair of headphones. 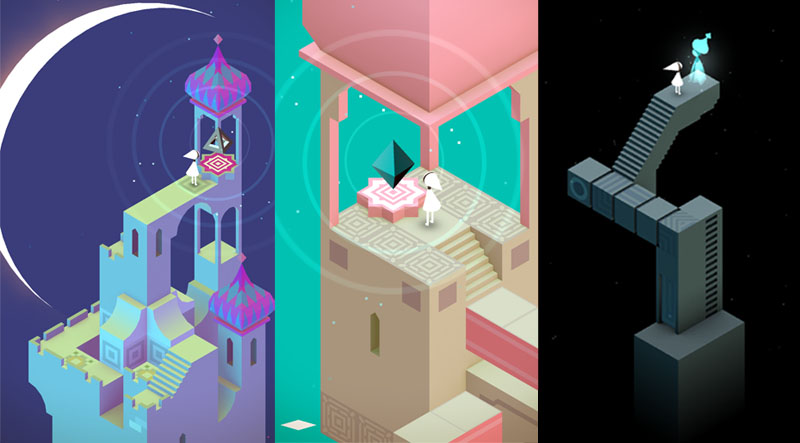 Because when you’re playing “Monument Valley”? You’re not on your bedroom floor with a phone about to smack you in the face at any second. You’re in the game’s surreal world. 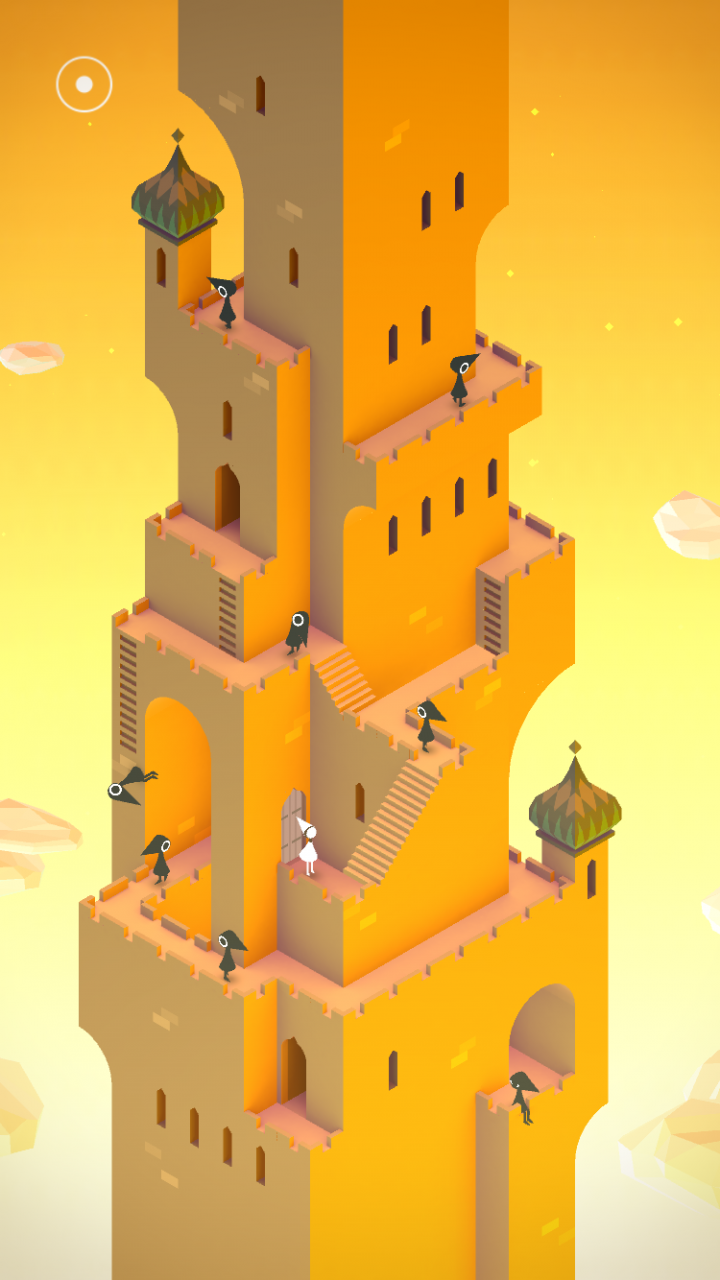 “Monument Valley” is a game by “ustwo” that actually won best iPad game of the year in 2014. You’re this little princess, Ida, a.k.a “the silent princess” who wanders the monuments of Monument Valley in a “story of forgiveness.”

When you first look at it, the game’s pretty simple, and even sounds kinda boring. It took me forever to actually pick up and play.

But kinda like the staircases in Harry Potter, you can shift and change the position of these monuments to get to where you need to go. You can even walk sideways on the walls. Trippy stuff, man.

Monument Valley’s gameplay and world is made up of ‘impossible geometry’ – 3D geometrical shapes that visually shouldn’t exist. They trick out the brain, and that’s what makes “Monument Valley” so fun – it becomes a puzzle game where you have to shift the buildings to get to an objective, to a staircase, to avoid little crow people (who are harmless but still kinda scare me).

The game quite literally makes the impossible possible all while being an artistic, atmospheric experience. Its music, clean beautiful visuals, hell, even the very sound of Ida walking, all of it is something between meditative and just purely beautiful.

We’ve talked about beautiful games like “Transistor” and “Firewatch” before. But “Monument Valley” is just a zen experience that takes you out of the craziness of life. If you’re stressed, have a commute filled with coughing train passengers, or are just bored, put in some headphones (important), pick up “Monument Valley” and never put it down.