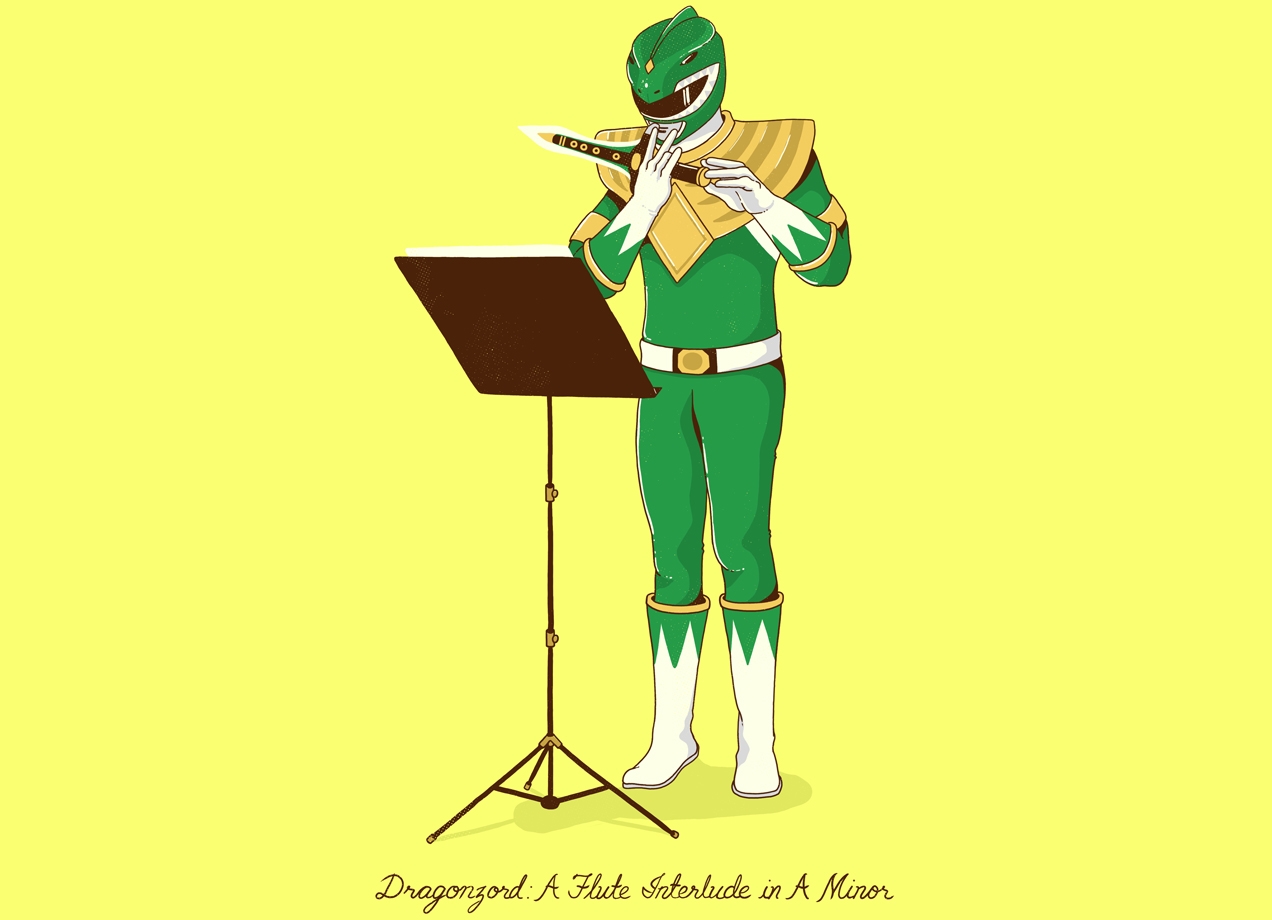 If you were a child of the ‘90s, chances are you were fans of the

most famous teenagers-turned-superheroes of the decade: the Mighty Morphin Power Rangers! Since we love to go back in time around here, we thought it would be a blast to see how you all would all go about morphin’ these crime-fighting superhumans right into your own awesome designs! So, we teamed up with Saban Entertainment to launch the Power Rangers design challenge, and now, without further ado, it’s time to announce the winner: Yort Evangelista for his design “Dragonzord: A Flute Interlude in A Minor”! Read on to learn more about Yort and his winning design, and don’t forget to shop the new tee here! 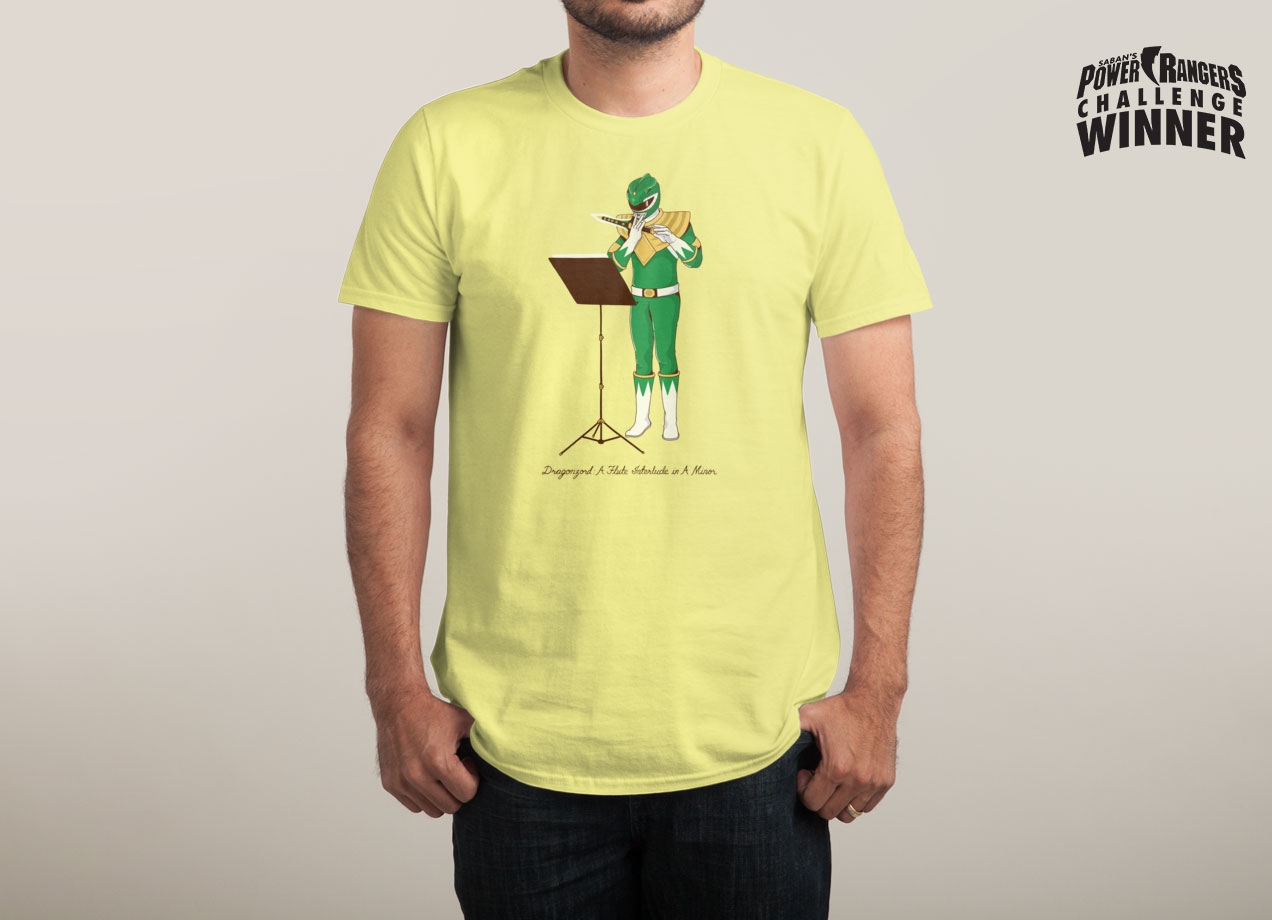 Congrats on your winning design “Dragonzord: A Flute Interlude in A Minor” for our Power Rangers challenge! Why don’t you tell us a little bit about yourself?

Hello! My name is Troy. Yort for short. Ha! I’m from Manila, Philippines!

How did you become a big Power Rangers fan?

I grew up in the ‘90s. Power Rangers and other Sentai/Mecha series are a big part of ‘90s pop culture. I would always watch the show on Friday nights and talk about it with the other kids at school come Monday.

What’s your favorite memory and/or character from the show? 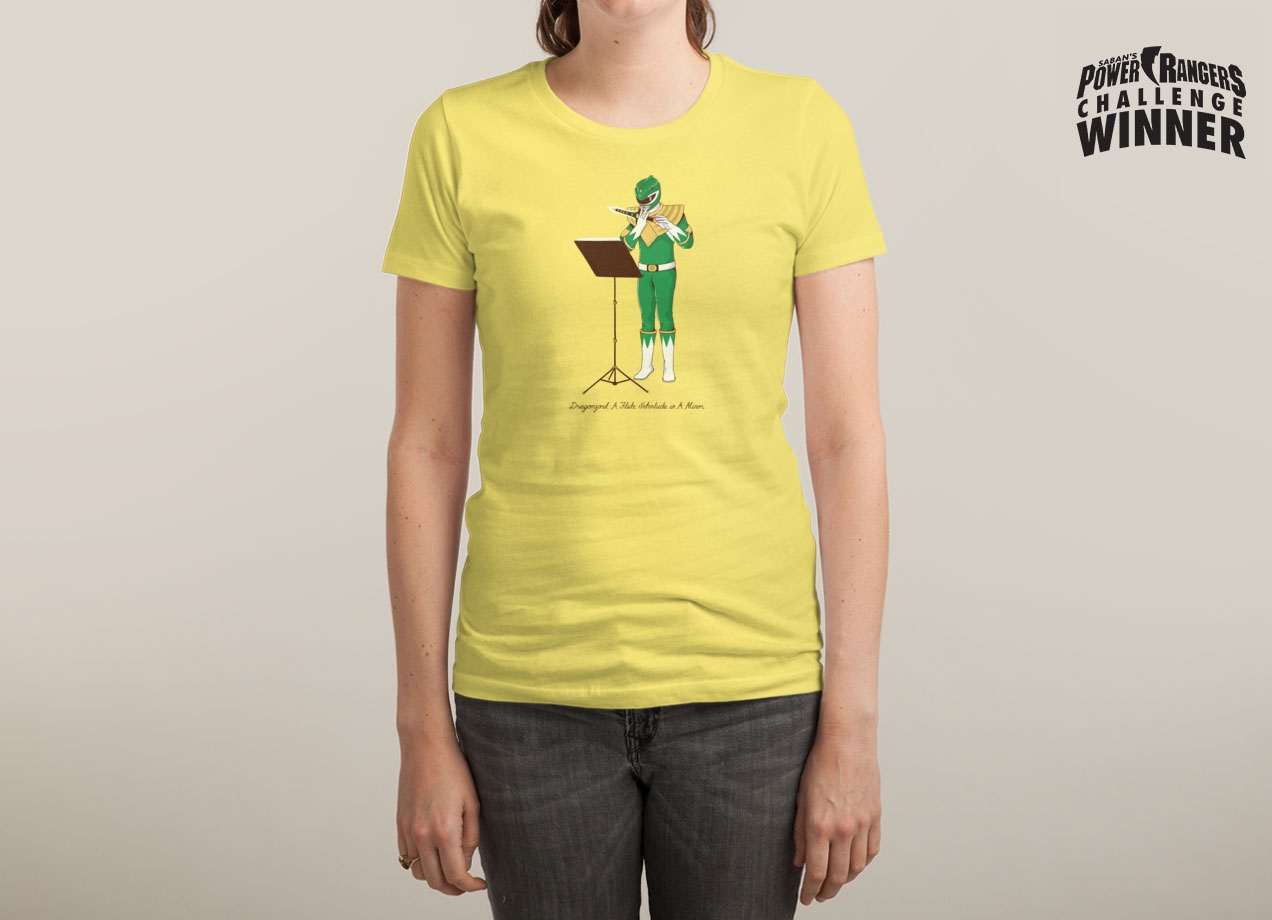 When you saw this challenge, what types of ideas ran through your head for the perfect Power Rangers design? How did you come up with this concept in particular?

I like to play with the idea that superheroes are also people with normal lives. How do they spend their free time? How would they survive or what would they do if they were to be replaced with a new generation of younger superheroes? What are their problems? It makes them more relatable. I picked the Green Ranger because of his musical background, haha! I imagined him practicing his flute every day, trying to master the Dragonzord tune. If you think about it, he’s under a lot of pressure. He had to play it to call the Dragonzord while monsters were destroying the city. One wrong note and no Dragonzord, lol!

Would you mind taking us through the process of the design? (Feel free to share any WIP’s, if possible!)

Here is my animated WIP!

Tell us, why has the Green Power Ranger decided to channel his energy into the flute vs. his original zord? 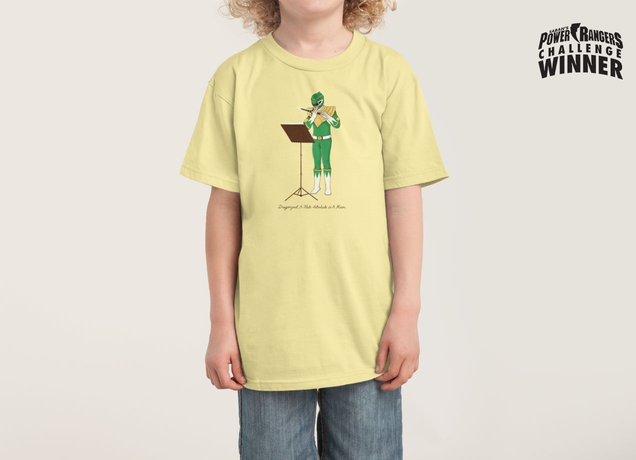 What would happen if the he actually tried summoning the Dragonzord with this flute sonata?

Dragonzord would come out with an electric guitar and they would jam along to the Power Rangers opening theme.

On a level of 1-10, how would you rate the Green Power Ranger’s musical ability? Think he should stick with it?

10! The Power Rangers should start a band and eventually retire as rock stars.

Hello to my family, my girlfriend, my friends, and my missing dog (ha!). When you’re in Manila, visit BKB (Black Kings’ Bar) and look for me. I’ll buy you a beer. :) Salamat! 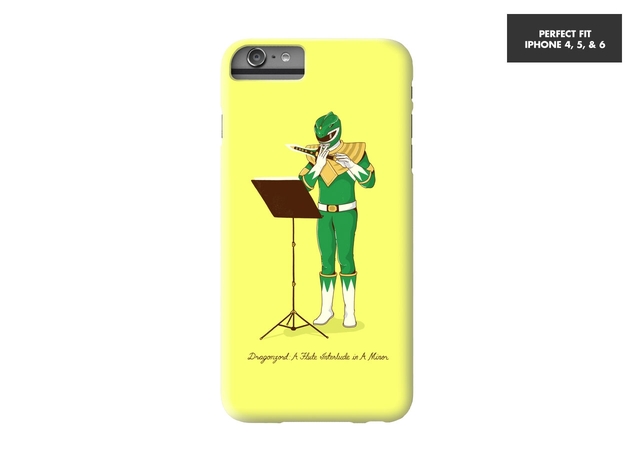