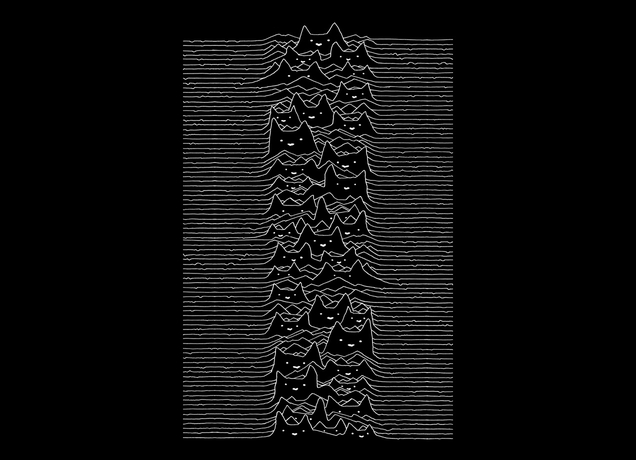 You probably don’t know it, but you are the ultimate mashup.

Yep. You. An interesting, exclusive take on one great idea, made real by the mixing of two mostly complementary elements – with a stylish dose of clash thrown in there somewhere, too (just ask your mother). Don’t worry, you turned out fine (just ask your father).

How cool is that? I mean, you’ve got to hand it to old Mama Nature, she’s something of a visionary.

Thankfully, she’s hooked up plenty of people up over the years, resulting in some of her greatest mashup moments (Seriously. Marlon Brando. Nearly outdid yourself on that one, Mama.). While us mere mortals don’t necessarily have the power over the children we co-create, we do over really cool stuff, like art, animation, photography, and clever t-shirts. If imitation really is the sincerest form of flattery, then art that succeeds in blending the best of two worlds has got to be up there with, like, someone noticing and replicating your new haircut.

Since Threadless launched Artist Shops, I’ve noticed many artists selling designs featuring awesome mashups. So, I figured it was about time to get down to business, and talk about how to create these awesome mashups!

Here’s a really cool example of a mashup on the mere mortal level of creation. It’s pretty fun, right?

How about this one? Notice how the two different features here are more obvious, but so cleverly aligned that you don’t mind?

Art mashups can take a lot of different forms, but some of the most popular and fun to create are those that reference something familiar, yet give it an unexpected twist. The really great ones use the advantage of pop culture iconography to make you think, turning an overused, under-pondered symbol into something fresh and surprising.

And like all good things in life, perfecting the mashup is all in the details. They’re fun because so much thought goes into their creation. Art doesn’t exist in a vaccuum, and as an artist, you can use the mashup style to highlight what inspires you, adding to the conversation with your own stylistic spin, be it humorous or sentimental – or a little of both.

And if you’re an antagonist, it can be a terribly thrilling way to make a point. Like this politically-charged internet meme of wonder:

The first rule of mashups: there are no rules. A perfect one can make a statement, express a little artistic affection (okay, okay, ooze total fandom), or use two big arms to embrace the utterly ridiculous.

Just make sure it looks dope. (See below.)