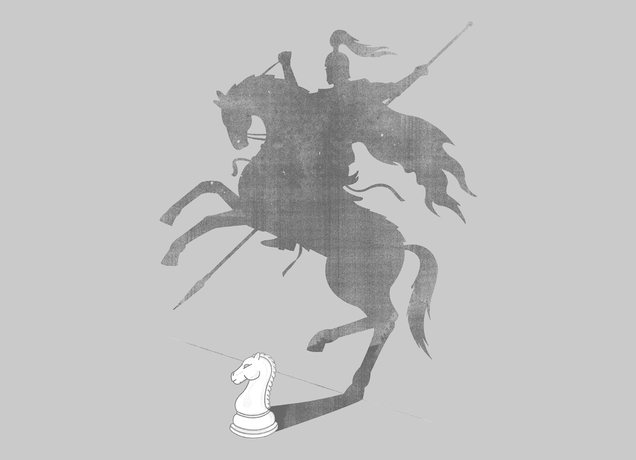 As every artist knows, shadows are a big part of creating a great design. By playing with value and contrast, one can create the illusion of texture, dimension, and perspective, simply using precise shading skills. Guys, that’s some super cool talent! With that in mind, we launched the Shadows design challenge, and today, we’re here to announce the winner: Grant Shepley from South Africa, for his “THINK BIG!” design! Read on to learn more about Grant, and shop his brand new tee here.

Congrats on your winning “THINK BIG!” design for the Shadows design challenge! Why don’t you tell us a little bit about yourself?

Well, I’ve been in the graphic design field for nine years now. I started off doing newspaper ads, but it all changed when I discovered Threadless and similar sites. I was really amazed by the artwork and concepts I saw on Threadless, and impressed by the creative freedom it allowed! After making a name for myself online, I got into the fashion industry as a graphic designer. I am currently the graphic designer for Guess jeans in South Africa.

What in particular intrigued you about the Shadows challenge?

When I saw the challenge brief, I knew it would be a very tricky theme that leaned strongly towards conceptual ideas. I knew I had to give it a go as my designs are often conceptually driven!

How do you typically approach shading in your work?

With this design there was no shading involved in the sketchy way. The highlights and low lights were all created in Photoshop. 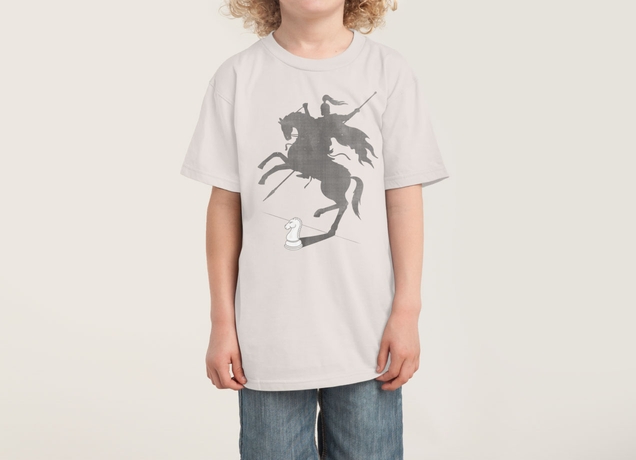 What are your tips and tricks for creating effective shading?

I think I’m still looking for tips myself, haha!

What artists do you think truly master the art of shadows?

Outside of the graphic design realm, there are artists that clump several metal pieces together and then shine a light to produce an incredible shadow on the wall. I saw several of these silhouettes being created, including one of Michael Jackson. One of these artists names is Kumi Yamashita.

When considering how to approach this challenge, what different types of ideas did you toss around?

I considered a variety of ideas, and even started a design that played off the hand shadows idea. However, I wasn’t feeling strong about that idea, and immediately started work on “THINK BIG” as soon as it popped into my head. I went on to finish “THINK BIG” over the next two days. 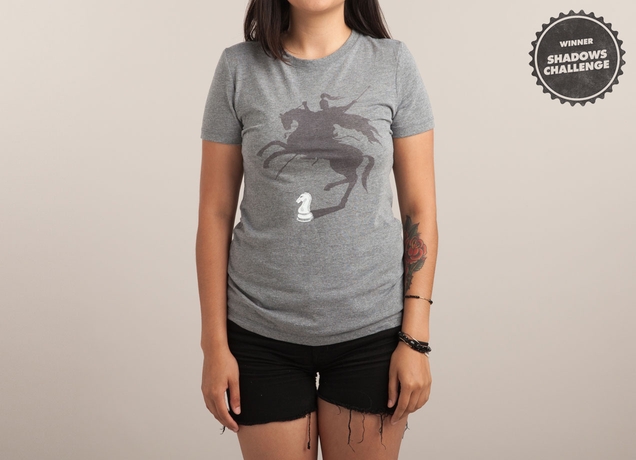 How did you ultimately land on the final concept?

After lots and lots of straining the brain, I almost gave up on thinking of ideas. Then, while browsing through a magazine just before going to bed, I saw some chess pieces in an ad and the idea suddenly came to me. The original idea was to make a rook’s shadow cast as a big castle! However, I found the knight idea more meaningful!

Would you mind taking us through the creation of your design?

With any design, the first thing I do is visualize the kind of style I want to reflect, and try to picture the final outcome. With this one, it was a matter of keeping it simple, which was fairly easy since I didn’t have to add many details—the shadow was merely an outline. I then did my usual scamps and rough drawings and then took it into design programs.

Are you a chess player yourself? If so, do you imagine each piece having a big secret life of its own?

I do enjoy playing chess, but casually—not at club level or anything, ha! I think chess, like many other games, does involve some imagination with the pieces.

I want to thank my girlfriend for being really supportive of my designing. And my parents and sister for taking a great interest too!