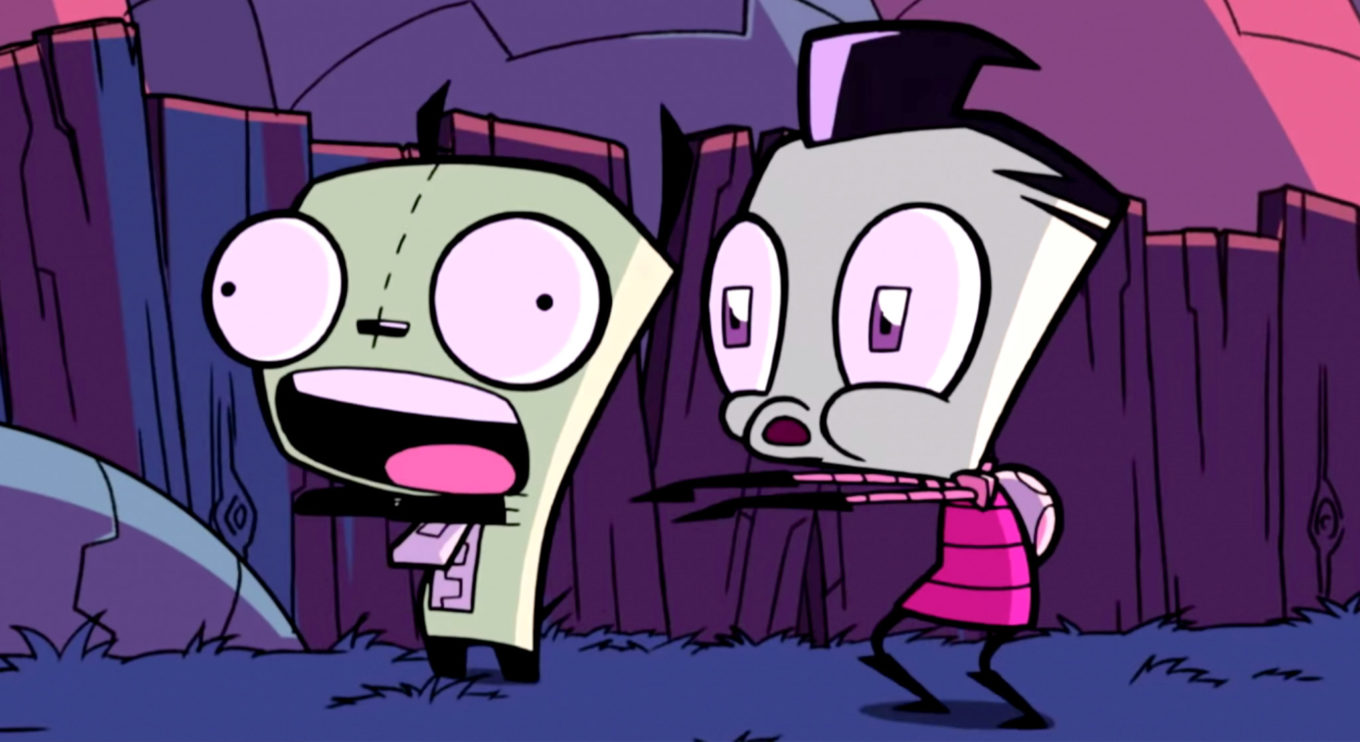 Jhonen Vasquez is a master of funny. The cartoonist, writer, and filmmaker has developed a cult-like following with his TV shows, comic books, and music videos, which he fills with an unmatchable wit and spooky style that’s always perfect for Halloween.

Speaking of spooky style, Vasquez currently has 12 face masks available on Threadless, some of which he based on his character designs from the past decade. Diehard fans may recognize “Fillerbunny,” “Spooky Skull,” “Bigmouth,” “Devil Maw,” and “Space Jerk,” among others. He also created a special mask collection from which he donates all proceeds directly to Black Lives Matter. Ask Vasquez about any of his face masks and he’ll tell you, “Buy them for your awful, disease-spewing head-holes.”

If you’re unfamiliar with Vasquez’s work, his talents came into the spotlight in the early 1990s when Slave Labor Graphics published his limited comic-book series, Johnny the Homicidal Maniac. It told the story of a chatty young goth who went to the dark side, which resonated in a time when the goth subculture was thriving and musicians like Nine Inch Nails rose to the forefront. From there, Vasquez went on to create Squee, a spinoff series based on his experiences as a child.

Later in his career, he transitioned to animation. He notably transformed his Invader Zim comic book into the eponymous Nickelodeon cartoon, which debuted in 2001 and follows a pretentious alien who wants to control planet Earth. He also created character designs for Disney’s Randy Cunningham: 9th Grade Ninja, and may soon turn Johnny the Homicidal Maniac into an animated series.

More recently, Vasquez has been selling prints on Instagram and signed copies of his artwork on his website, and always seems to be appearing on podcasts or online lectures. He also took some time to talk with us about Black Lives Matter, David Cronenberg, and the irony of tragedy in comedy.

You’re pretty funny. Who are your comedy heroes historically and in your own life?

Jhonen Vasquez: I could take up all the available memory of the internet answering that, but I can tell you that very high up on that list is more of a scenario, and it’s this: sad people wearing fun costumes. That’s just a thing that will always fill my heart with an incredible cocktail of emotions, but joy is one of the most powerful. Few things are as inspiringly funny as someone who decides to put on something silly—preferably oversized—and then experiences something that sends them crumpling against the wall, their painted face a mask of misery and woe. I don’t see that nearly enough, though.

What do you think about what’s going on in the world right now? How has it affected your comics?

Honestly, with the kind of stuff I gravitate towards, it’s given me a chance to take a goddamn break. It’s HARD coming up with situations that don’t just seem like slice-of-life stuff when you’re trying to dream up absurdly horrific things. I’m taking notes from life these days. The stuff is so brilliantly hideous. Tragedy and comedy are inexorably intertwined, and there’s definitely a lot to learn from what the world is these days. But everything that’s been going on lately has come so fast and viciously that it’s impossible to process it all, and I think a lot of it is wasted. Sorta like when you take too many vitamins and just piss most of it out—only the piss is human screams and rage.

How are masks helping, be it art masks or otherwise?

Besides covering up people’s disgusting mouths, they act as a nice reminder of just how privileged we can get when we coast through a particularly smooth patch of space-time, and that the world we know can just have its ass kicked in the blink of an eye. I love comfort as much as the next person, but I don’t think people should ever feel like it’s owed to them by the universe or anything. Seeing masks all over the place now reminds me of that, and how people can be adaptable in the face of inconveniences and outright disasters. I don’t love seeing the world suffering, but I do think it’s good for people to see the world altered now and then before they develop the kind of callousness that would make a person lose their shit over minor hassles.

Why did you want to include Black Lives Matter face masks as part of your Threadless designs?

Because, like a lot of people, I think it’s easy to feel powerless about things, no matter how much you want to make ANY kind of change in the world. I think the LEAST I can do is make some masks and have that money go to helping some people. Otherwise, I’d feel like an even bigger piece of shit for sitting on my ass, so helping even a tiny bit and alleviating some self-loathing seems like a decent deal.

Why are so many of your mask designs mouth-related?

I think most people have awful mouths. It’s just my way of improving on nature’s cruelty.

How did you get your old 1990s comic book, Johnny the Homicidal Maniac, published back in the day? Was it difficult?

The hardest thing was making the book, and even that was just fun for me. Getting it published wasn’t hard at all, and I think I was very lucky having that kind of experience. My story is only inspiring if the takeaways are to not worry so much and to find some kind of enjoyment with what’s coming out of your head. That’s not gonna work for everyone though, because I really did think I was doing something brilliant, no matter how stupid it was, and that’s all about obliviousness and pure punk-rock ego. A lot has changed since then, and I like to hope that I’m only more amazing now.

Is Squee based on anyone you slightly know?

Squee is based on me as a little kid. I sincerely thought I was gonna be haunted by ghosts and abducted by aliens and visited by Satan. To date, none of those things have happened, and I’m running out of patience.

What is your favorite mask and why?

You mean in general? I can’t answer that. Once a person reveals their favorite mask, they’ve given their enemies a direct shot to their kill spot. I don’t think it’s my favorite, but ONE of my favorites is David Cronenberg’s mask from Nightbreed—the sack with the buttons for eyes that he wore along with a black suit. That’s just classy lunacy.

Well, the way things are going, I have to think the ghosts and aliens and Satan are all on their way, because why the hell not?