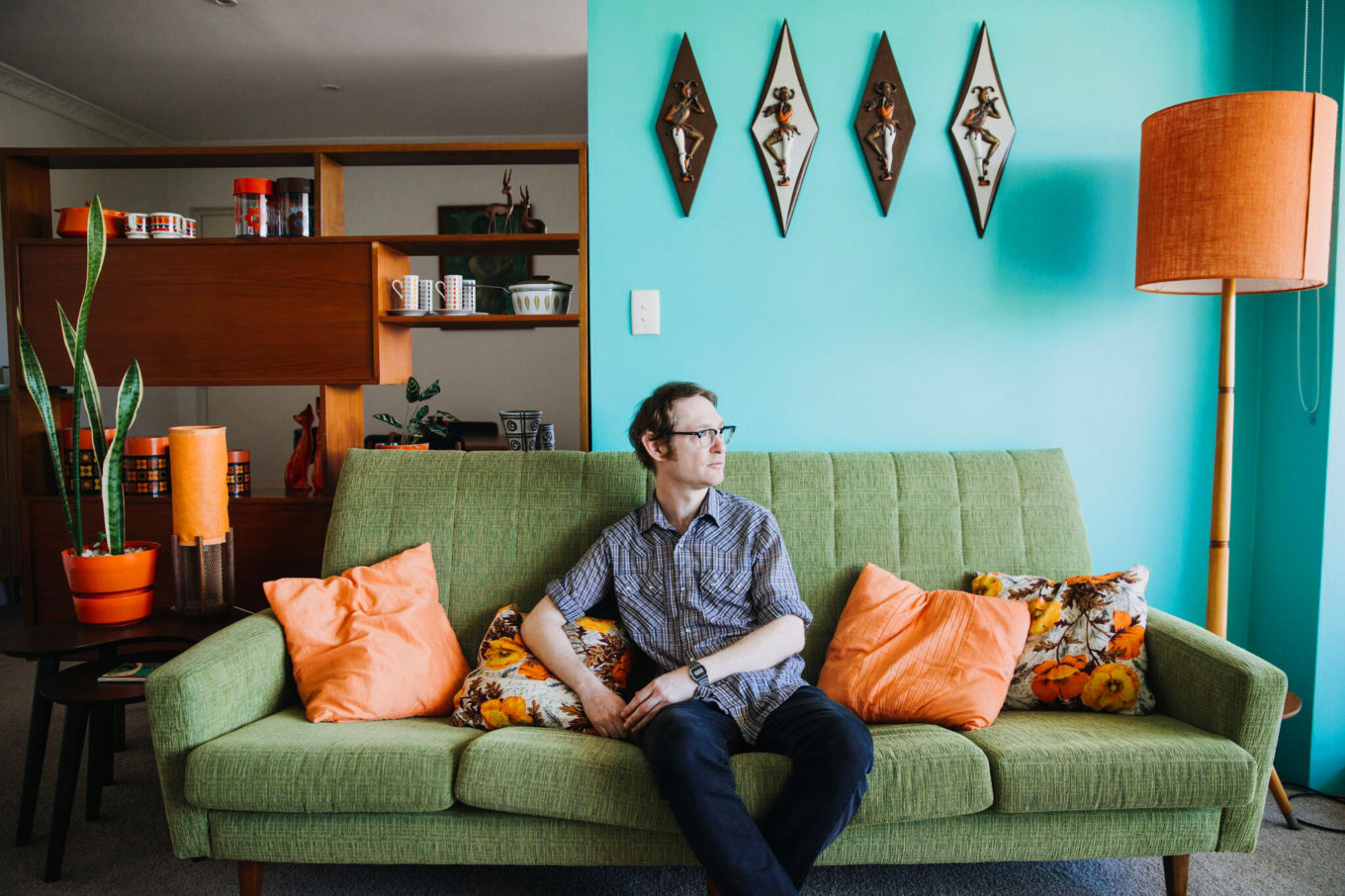 The internet era has made us lazy. While instant gratification is convenient, something must be said for the nostalgia for analogue. Long gone are the days of VHS machines, cassette tapes, and grainy cartoons. All this and more lives on in Steven Rhodes‘ artwork, who is a master of retro imagery. The Australian artist is known for taking inspiration from 1970s and 1980s children’s books and fusing their aesthetic with a contemporary twist. Inspired by retro TV shows like Teenage Mutant Ninja Turtles and Transformers, he has a knack for reimagining the aesthetic icons of yesteryear with an unexpected horror touch. It’s what he calls: “Nostalgia with a twist of darkness.” And it’s perfect for Halloween, as well as for fans of Netflix shows Stranger Things and Chilling Adventures of Sabrina.

The Brisbane-based artist sells a variety of shirts in his Threadless Artist Shop, from eerie nursery rhymes to cult movie tributes and voodoo rituals. He also has a new book out called My Little Occult Book Club, which pieces together parodies of the dark arts with playful scenery (on one page, kids are taught how to care for their demon cat).

Rhodes speaks from his design-savvy, retro home in Australia about his new book, 1950s movie posters, and the art of dark humor.

What kinds of TV shows, comics, and films did you grow up with, and which ones were the most influential?

Steven Rhodes: Some of my favorite cartoons as a kid were Masters of the Universe, Transformers, Voltron, and the Teenage Mutant Ninja Turtles. They were basically all toy adverts in the guise of a TV show. Not that I cared at all. I really loved the original Star Wars trilogy, so much so that I’ve recollected all the vintage action figures as an adult.

When did you grow up?
I grew up at a time when what you watched was limited to what you could see on TV or rent from the video shop, so I remember taping things on video tapes and watching them over and over. My brother and I must have watched The Breakfast Club and Pet Cemetery about 20 times! I was also pretty obsessed with the X Files and I still quote Ren & Stimpy to my utterly confused wife.

What initially drew you to the retro aesthetic of the 1970s and 1980s for your art?

Even now, when I see a design from that era with the curved borders, those particular typefaces and illustration style, it’s something I really respond to. I guess it’s to do with growing up in the 1980s and being exposed to a lot of this type of artwork and it just resonates with me. I think my designs that replicate this style stem from a place of real passion and nostalgia, and hopefully that authenticity comes through to the viewer.

Why do you like giving nostalgia a twist of darkness?

I’ve always been interested in extreme juxtapositions or the idea of combining themes that are polar opposites. The end goal here is simply to make somebody laugh and one of the golden rules of comedy is to subvert expectations. People are familiar with this innocent and nostalgic art style but if you inject it with some horror or dark humor, it’s unexpected and hopefully gets your attention.

What draws you to the aesthetic of the 1950s, as well? From sci-fi movie posters to burger joints? That seems to be a part of your art, too.

This is a time period long before movie trailers and social media, so the book covers, or movie posters had to be really visceral and evocative to grab the audience’s attention. That’s why I think you get some of the greatest artwork at this time, as the poster might be the only marketing a movie would have. Often the poster art is way better than the actual movies.  I watched Attack of the 50 Foot Woman purely because the poster is so cool. It did not live up to the poster’s promise.

What was the inspiration behind the No Justice No Peace shirt?

I really wanted to do something in support of the Black Lives Matter movement. Threadless has been giving artists the opportunity to directly donate to some very worthwhile causes and charities. I’m still donating 100% of my earnings from this design to colorofchange.org and I will continue to do so for as long as I can.

What’s the story behind the Personal Growth shirt?

One thing I always enjoy doing is taking themes that are meant to be inspirational or motivational and incorporating some good old-fashioned cynicism and negativity. Not that I’m an overly negative person, but I do have a pretty dark and sarcastic sense of humor. It’s fun to take some common phrases and interpret them literally. Gary Larson used to do that a lot in his Far Side comics. When you think about it ‘personal growth’ does sound like something you should see a doctor about.

Why did you want to do your book, My Little Occult Book Club?

For a while, I’ve wanted to create a compilation collection of my recent artwork. Because most of my designs are made to look like faux book covers it made sense to present them as a parody book club catalogue like the ones you used to get at school. In discussing the idea with Chronicle Books, we decided to hone in on the occult themes and approach everything from this angle. It was a fun challenge to flesh out the ideas behind some of the book titles and come up with an entire story synopsis. I haven’t done a whole lot of writing before, but once I got into the flow, I quite enjoyed the process.

What kinds of secret messages are in the book?

There aren’t really any secret messages, but I tried to expand on the authenticity of the book by including activity pages, mail-order advertisements, and bonus gifts. There’s some interesting fine-print on some of these pages for the astute reader. For instance, with the “Cursed Videocassette” there’s a fairly significant warning “IMPORTANT: Don’t let the demons touch you. They will annihilate your soul.”

Is there something to be said about the analogue era, which is easy to romanticize?

There definitely is. In the age of the internet, it’s far too easy to access anything we can think of. Just immediate gratification. Back in the 1980s, you really had to hunt for things and that searching made the reward all the more satisfying.

Once you finally got your hands on an album you wanted for ages, you’d treasure it, read through all the lyrics and listen to it endlessly on repeat. It’s not quite the same now where you have access to an artist’s entire back catalogue at the touch of a button online. Some might say it’s more convenient now, but there is something to be said for the thrill of the chase.