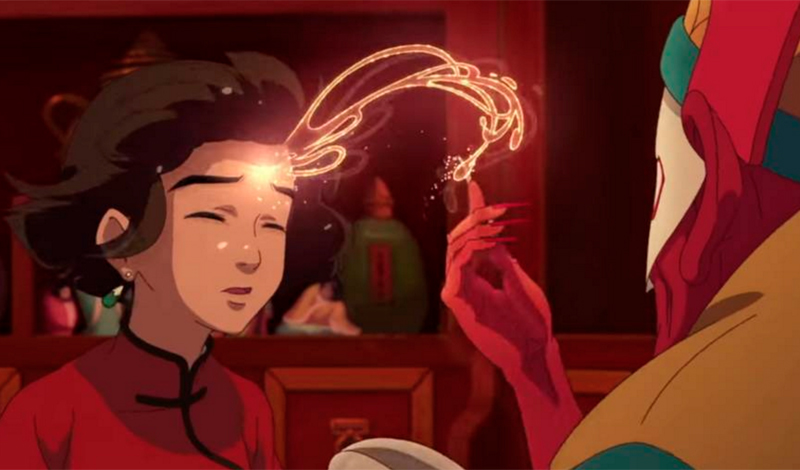 What’s the best way to get over Legend of Korra withdrawal? Getting obsessed with the same studio’s shiny new project, of course!

The bad news? No bending, y’all – it’s not another Avatar: The Last Airbender or Legend of Korra series. Bummer.

The good news? If you like dragons, shiny magic, and people turning into dolphins (because honestly, who wouldn’t like these things)? Then Big Fish and Begonia might easily become your next obsession.

Animated by Studio Mir – the same studio who brought Legend of Korra to life – the visuals in the Big Fish and Begonia teaser are Hayao Miyazaki-level eye-candy that are just as stunning whether it’s your first or twenty first time watching the trailer (trust me…I’ve seen it a couple (dozen billion) times now).

“It is a world within our world, yet unseen by any human, and the beings here control time and tide and the changing of the seasons. On the day Chun turns sixteen, she is transformed into a dolphin to explore the human world. She is rescued from a vortex by a human boy at the cost of his own life. Chun is so moved by the boy’s kindness and courage that she decides to give him life again. But to do this, she must protect the boy’s soul, a tiny fish, and nurture it to grow. Through adventure and sacrifice, love grows, yet now she must release him back to the sea, back to life in the human world.” (via Indiewire)

Although this movie’s coming out a few years after Legend of Korra, it’s actually been in the works for way longer – 12 years, to be exact. Between getting partially crowdsourced and directors Liang Xuan and Zhang Chun switching from their own studio, B&T, to Korra Studio, Studio Mir, in 2014, Big Fish in Begonia has not been an easy or quick process.

But from the looks of the trailer? All that hard work appears to have paid off.

Big Fish and Begonia is set to be released in China July 8th. Although it will offer language options in Mandarin, English, and French, there are no plans for a Western release as of yet.

But personally? I don’t care if this movie had zero English subtitles or dubs – I’d just watch it and let those beautiful visuals do the work.

Excited about Big Fish and Begonia? Let’s talk about it in the comments! And watch the trailer below:

Info via io9, Indiewire, and The Daily Dot