Because I am a music dork, when I first saw this Threadless design (“Mynt” by James Soares), I thought, Dazzle Ships. The Orchestral Manoeuvres In The Dark album. You know, the one nobody bought in 1983. 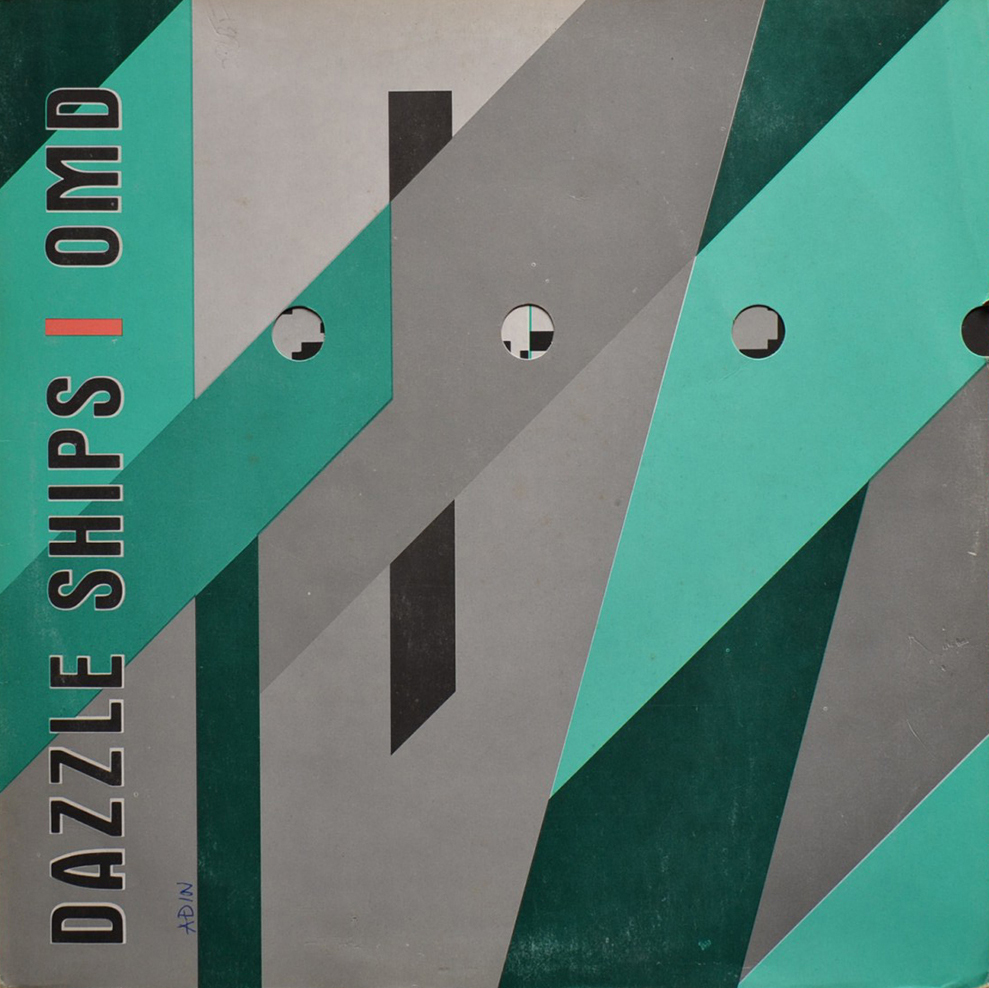 I never owned the record (or cassette, or mini disc, or CD), but for some reason the pattern flashed into my head instantly. I even remembered the fun little die-cut portholes in the sleeve. And who could forget that name—Dazzle Ships? 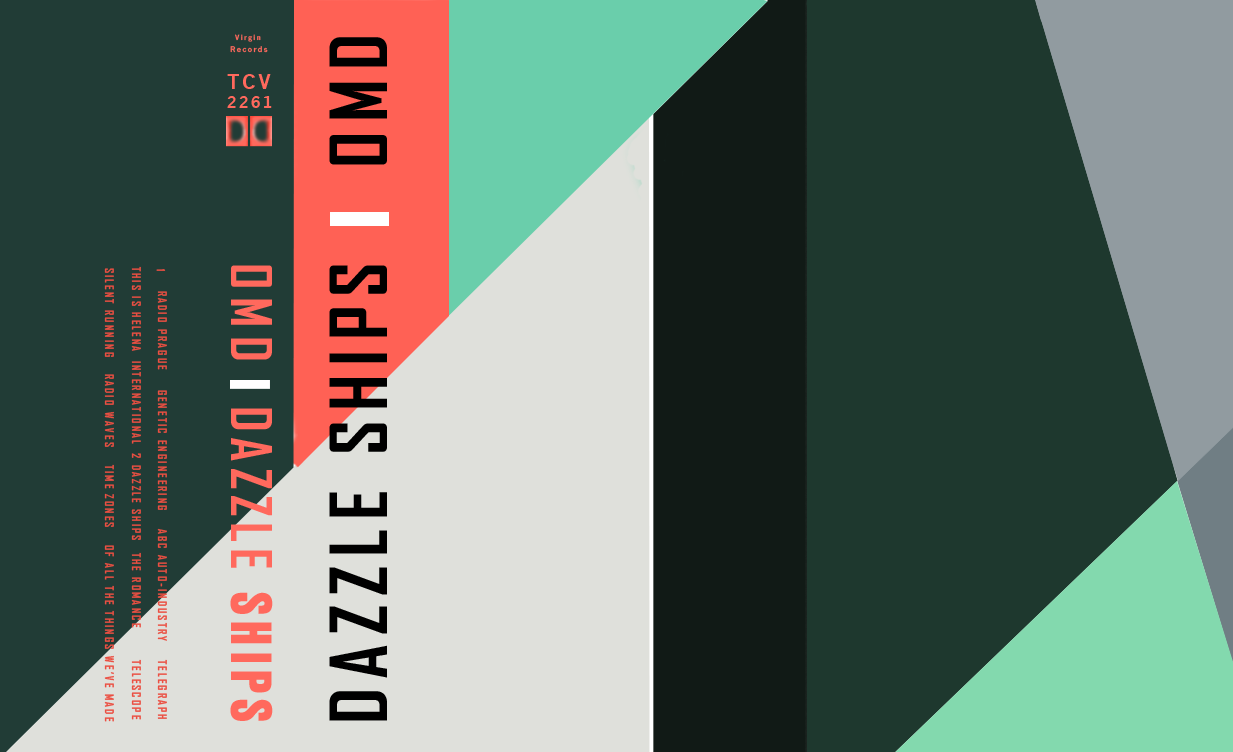 The striking cover was designed by Peter Saville. Even if you don’t know his name (though you should, naughty naughty) there’s probably a T-shirt with one of his designs in your laundry basket. Since 1978, he’s done about 12 million brilliant sleeves for Factory Records, Joy Division, New Order, Pulp, Happy Mondays and hundreds of others.

Saville’s initial inspiration for the design came from a 1919 Edward Wadsworth painting, Dazzle-Ships In Dry Dock At Liverpool.

When he investigated further, Saville found that Dazzle Ships were part of a British Navy program of “disruptive camouflage” proposed in during WWI by British artist and illustrator Norman Wilkinson. The Royal Navy volunteer wanted to help ships defend themselves against Germany’s über-deadly new war toy, the torpedo-armed U-Boat.

The idea was not to hide the ships but to make them appear optically distorted so submariners would find it difficult to calculate a ship’s course when viewing it through a periscope.

Its development was led by Wilkinson, while Vorticist artist Edward Wadsworth supervised the dazzle painting of thousands of uniquely-patterned ships.

The concept was adopted by the U.S. Navy as America entered WWI. The dazzle pattern spurred a movement in painting and sculpture, and even led to some dazzling swimwear—likely the first use of dazzle designs on fabrics. 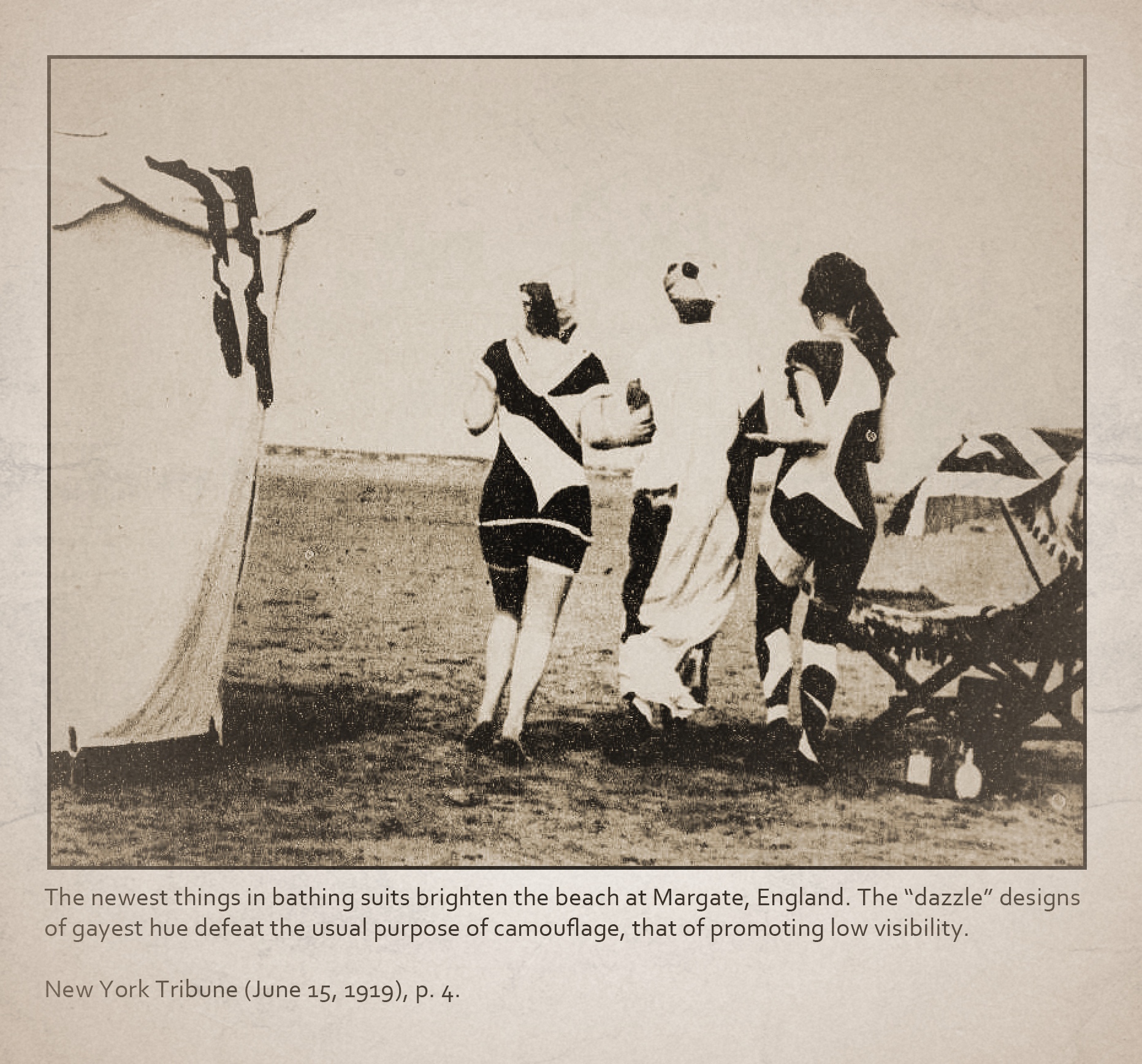