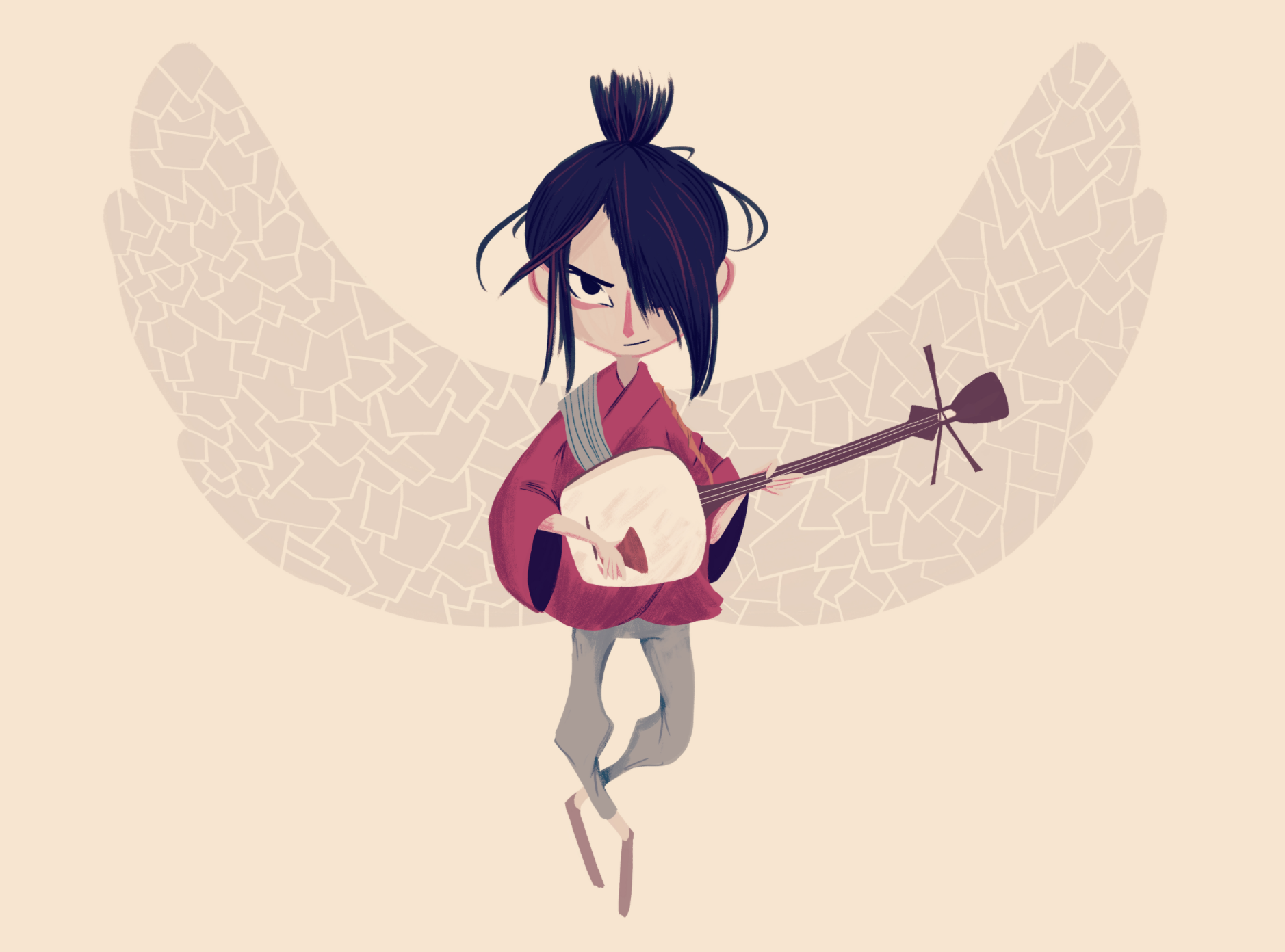 We’ve all wished we could talk to animals at some point, or could at least know what our pets are thinking. But in the beautiful Laika stop-motion film Kubo and the Two Strings, Kubo talking to his animal companions ‘monkey’ and ‘beetle’ just scratches the surface of the extraordinary quest he embarks on, complete with everything from spirits to a magical musical instrument – the shamisen – that is as powerful as it is awesome.

The art in Kubo and the Two Strings is breathtakingly beautiful, so we were pretty excited to see what our artists would create for our Kubo challenge. And they’ve created some stunning pieces. In the spirit of Kubo, we asked our artists if they could talk to any animal companion, what animal would they want to talk to?

Check out their answers and amazing designs below!

I would like to be able to talk dogs. Considering they are already known to be man’s best friend it would have to be the best companion ever!

Well I choose a chameleon and armadillo, maybe because of the color-changing and the armour.

If I could talk to any animal, I’d choose an Eagle, because it will guide me to explore the world :)

I always wished I could’ve talked to my cat growing up, I imagine he would’ve been sassy like Salem from Sabrina.

I think I’d choose something small that could sit on my shoulder, like a squirrel. At first I thought about something cool like a crocodile, but I’m not sure if they can go up stairs. Which might get a bit annoying after a while.

I would have to say a Giraffe, no contest.  Not only are they my favourite animal, but I just imagine that they would have a different perspective on things than other animals would. It would make for some interesting conversations.

A cat is an essential companion. Long-lived, mellow, not too chatty. The perfect combination of loyalty and misanthropy, sincerity and snark. Plus, warm and fuzzy and kinda therapeutic.

Part animal, part myth—the mysterious Sasquatch would be my quest companion. I’d ask age-old questions like, “Do woodchucks exceed their daily work quota?” or “When no one’s around, does a tree make a sound when it falls in love?” Plus, the woods are his stomping grounds, so he won’t stumble if things get a little hairy.

I would choose a manatee. They seem like such docile, relaxed creatures. We would trade in the epic adventure for some epic chill.

My answer to your question would be a frog. Because they were my first childhood friends :)

Snail. I would talk to and sleep in the shell of snail.

My companion animal would be a llama. The reason is because they would be able to carry my stuff and are great guard animals. Plus if ever we got bored during our journey we could always “Spit” some beats. Llamas are also my kids’ favorite animal.