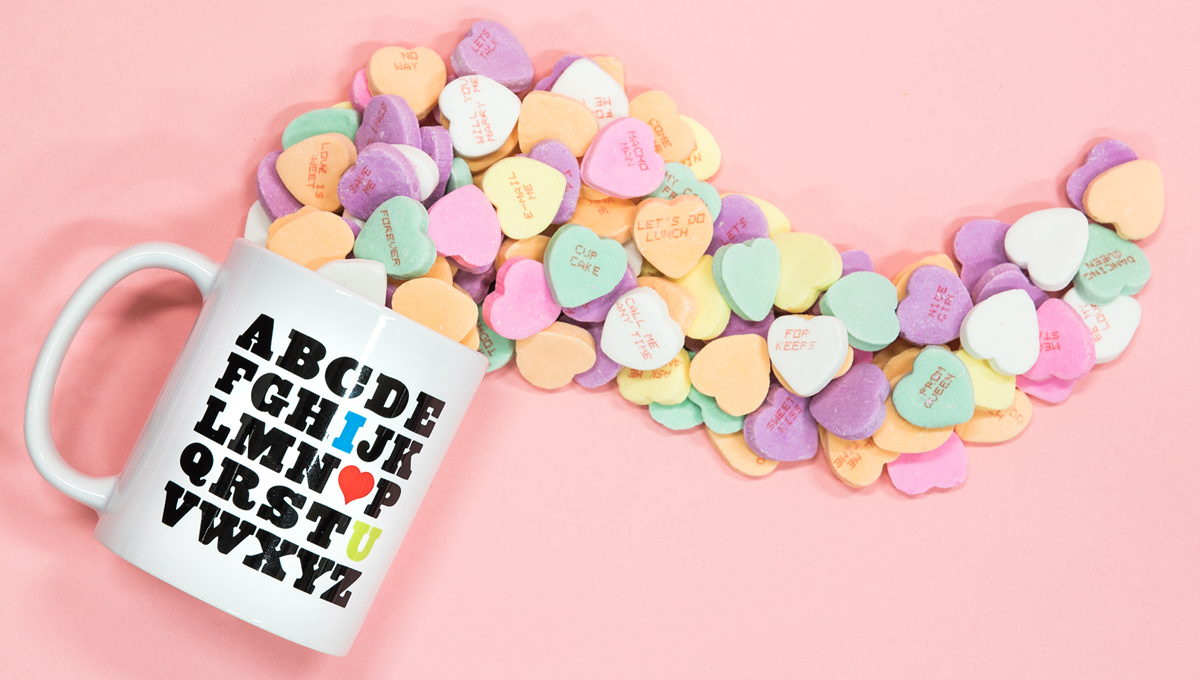 We all have this idea that Valentine’s Day is totally 100% about romantic relationships. But what about celebrating some of the most important relationships in the world: your friendships! Getting things for your chosen family is something we don’t do enough on February 14th, but we should. After all, it’s a day all about showing the people you love how you really feel about them…even if that means occasionally passive aggressively telling them something they don’t want to hear.

From the bestie you’ve known forever to the roomie who really needs to clean their sh*t up, here’s how to tell your chosen family members how you really feel on this happy Hearts Day, besides just getting them a buncha chocolate.

Get them something that says, “I’m glad you’re my roommate, but you for real gotta tidy up.”

Maybe you’re rooming with the first friend you ever made back in kindergarten. Maybe you met them on Craigslist last year and they’ve become your BFF. Whatever the case, you love them. What you don’t love is the stack of dirty towels they leave on the bathroom floor or the open pizza box they left on the top of the stove for a week, who DOES that?! They need something that puts the ‘fun’ in ‘functional’ to help them clean up their act…literally. A laundry bag to gather the laundry they leave on the couch, a beach towel to clean up the water they track in on snowy days, a bath mat because the bathroom floor becomes a shallow pool after they shower, etc.

For the friend dating that person who’s just the worrrst.

You love your friend. You love your friend more than you love pizza or cake. But that person they’re dating? Notsomuch. Maybe they’re super lazy, maybe they’re dull AF, maybe they still go “WASSUUUUP!” every time you see them like it’s 2001. Either way, you know your friend needs to love their own self a little bit more because for the love of GOD, man, they can do so much better… Say it with art; perhaps Tumblr-fueled self-care and self-positive designs that plant the idea in their head Inception-style that they can be a strong independent person who doesn’t need anyone. (And maybe throw in a custom mixtape. Might I suggest including: “Love Myself” by Hailee Steinfeld, “New Rules” by Dua Lipa, and “Sorry Not Sorry” by Demi Lovato…that’ll send a message.)

We all have that one person we all LOVE going out with, having a crazy Saturday night with, creating a bar crawl of two with during the summer, etc. Trouble is, they never seem to have cash on them and never seem to remember to Venmo you back. Getting them something that speaks to your friendship while also gently nudging them to remember that they have a steady loan to pay you back can never hurt. Perhaps a zip pouch for them to hold money in, or food designs to remind you of the tab they’ve racked up. But also, eff it – provide pizza, beer, and donuts as well.

Something that enables their nerdy obsession (because you’re a nerd too #selfserving).

Maybe they love playing hours of Dungeons and Dragons. Maybe they spend so much time playing video games in their basement that they don’t know what time of day it is…or what day it is, for that matter. Either way, you want to feed their obsession…partly because you know it’s something they’ll love, but more because you also like these nerdy things, and this is the friend who you do those things with. #SelfServing? Maybe. A win-win? Absolutely.

Something that says, “ILU but you’ve GOTTA get out more, friend, there’s a whole world outside.”

Do they want to go to the movies? Nope, they just want to stay in. Every. Single. Saturday. Do they want to walk with you and your doggo by the lake? Nah…it’s like, mild and 75 degrees, ugh, amirite? You love this human but you can only stay in and binge movies in their cave of a living room so much before you start getting a little stir crazy. They need something that will inspire them to get out and see the world; shoes or a travel bag might be perfect (especially because you’re not sure how long it’s been since you’ve seen them use either. Come to think of it, you don’t remember the last time you saw them wearing shoes…)

“What’s your problem?” Nothing, nothing’s wrong. “Are you upset I’m moving?” No, no, you do you, I’m in full support. “…you got me a shirt that says, ‘Join or Don’t, It’s Whatev—” IT’S FINE, I’M FINE. Sound familiar? Yes? Whether it’s parting ways after college or someone getting an awesome job but it’s in Nevada and y’all live in Chicago, we all have to deal with friends moving away at some point. Hey, I’m not saying don’t be a supportive friend. I’m just saying you don’t have to be happy about it, and what better way to not-so-subtly drop the hint than with something they’ll have to look at when they pack? *Rubs hands together evilly.*

For the friend who’s a liiiittle prickly around the edges (but also your BFF).

We all have that one person who’s a little rough around the edges. Maybe they have a personality too strong for most. Maybe all they can talk about is what’s wrong with the world and “people, those bastards…”. But once you get to know them – and you know them – they’re like a hedgehog: they have a prickly outside, but on the inside? They’re the nicest. Get them something they’ll love – maybe a charity design to help them make some positive changes in the world, or perhaps something cactus-y that speaks to their prickly soul.

Something for that bestie who’s your best frond to the very ond.

This could be said for everyone on this list. Whether they have a crappy SO, they’re your roomie, or they’re moving away and you love them too much to let them go, your friends are your world. They’re your chosen family. Get them something you know they’ll love this Valentine’s Day and show them how much you care…or how much they need to clean up their side of the apartment. That matters too.