No matter what political party you’re in, I think we can all agree that 1: politics suck, can we just draw and eat cake? and 2: political art is as important as it can be creative.

Political art is kinda to our world what “the monolith” was to humanity in 2001: A Space Odyssey – an indicator of social change, or the desire for it. We live in the digital age where everyone can be a part of everything everywhere. And that’s led to a shift from people simply receiving campaign art, to making it themselves.

And the most recent example of that is by a guy who also happens to be a Threadless artist – Aled Lewis.

This happened back in ’08 too with the Obama “Hope” poster, ‘memba that? 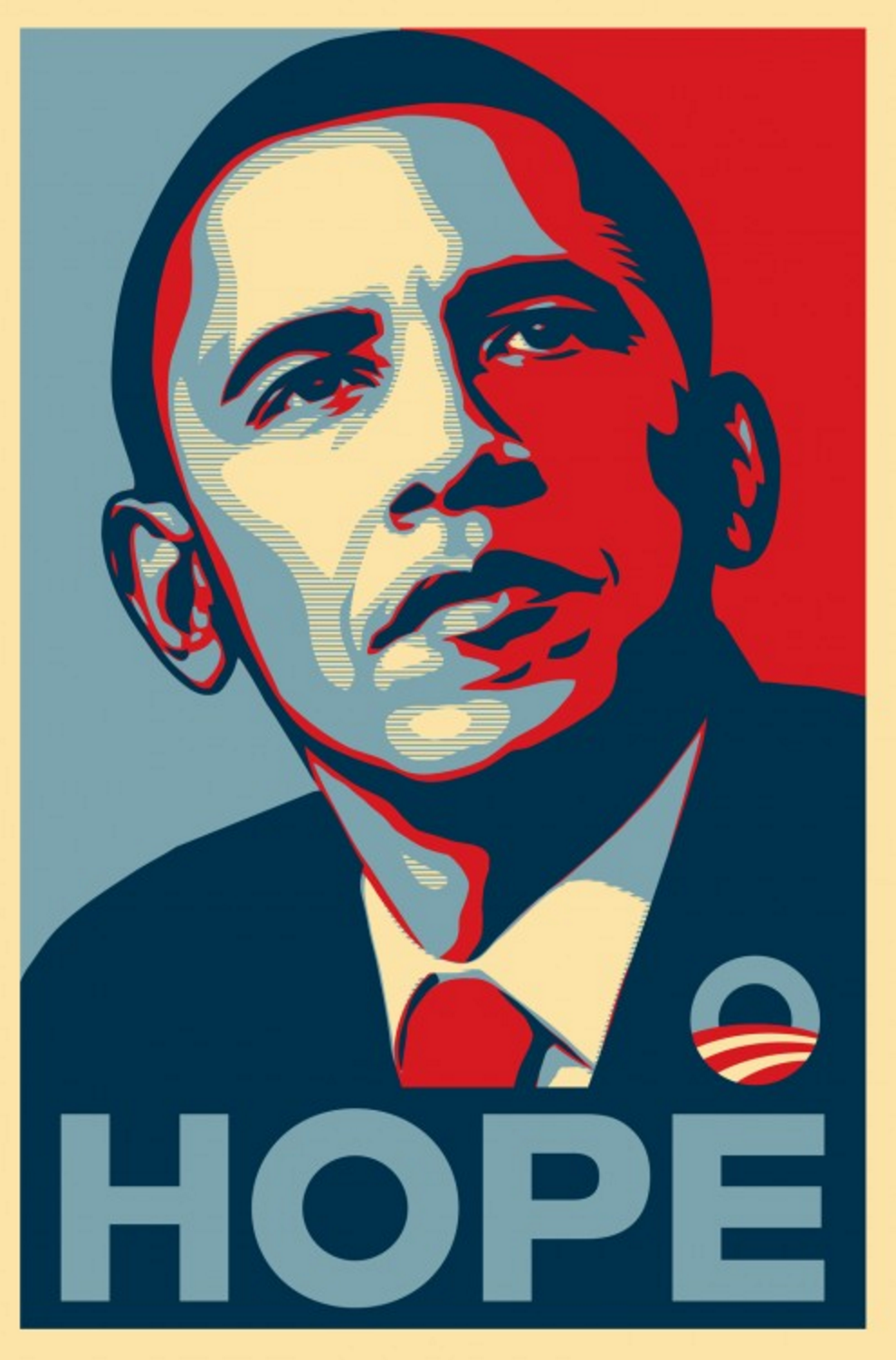 The image that became the literal poster-child of the Obama campaign in ’08 wasn’t created by Obama’s team. It was created by street artist Shepard Fairey out of his own frustration with the political atmosphere at the time.

I don’t know about you but I feel like a street artist creating what would become a super famous piece of political art is the pinnacle of the public getting involved in politics. Not to mention, it was an extremely pervasive design. People made their own versions of it, making it a meme. Kinda like we do today with older designs that have lasted through time, like “You Can Do It” or “Uncle Sam Wants You.”

Difference is, those older images were commissions. We’re looking at an age where the people are the ones getting involved and making that same level of pervasive art.

You can’t spell “politics” without art. Just kidding, you can. But political art is important. Good political art is lasting and becomes history, whether that candidate wins or not. And some of the most famous recent political art is not only reaching new levels of artistry – it’s a shift from campaign-created art directed at voters to art by voters.

Power to the people.