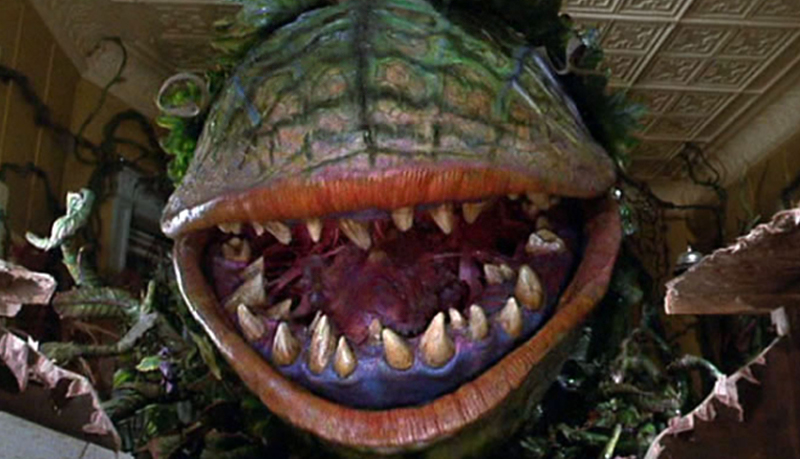 Few decades have given us as many sci-fi gems and cult classic films as the ’80s. And it doesn’t get much more sci-fi cult classic-y than the ’86 dark comedy, Little Shop of Horrors.

Starring a singing killer plant from outer space, Little Shop of Horrors gave us sci-fi in a beautifully weird and original way. Even the plant (named Audrey II after the protagonist’s love interest, Audrey) points this out at the end of the movie, singing: “You can keep ‘The Thing’! Keep the ‘It‘! Keep the ‘creature,’ they don’t mean sh*t!”

I was obsessed with this movie as a kid, my life dream pretty much coming true when I saw it on Broadway in 2003. Designing and re-designing Audrey II for film and multiple stage productions has always sounded like one of the coolest possible art jobs to me. And boy, has Audrey II had a few different looks.

Here’s a look at how this killer pod’s look has changed through the years. 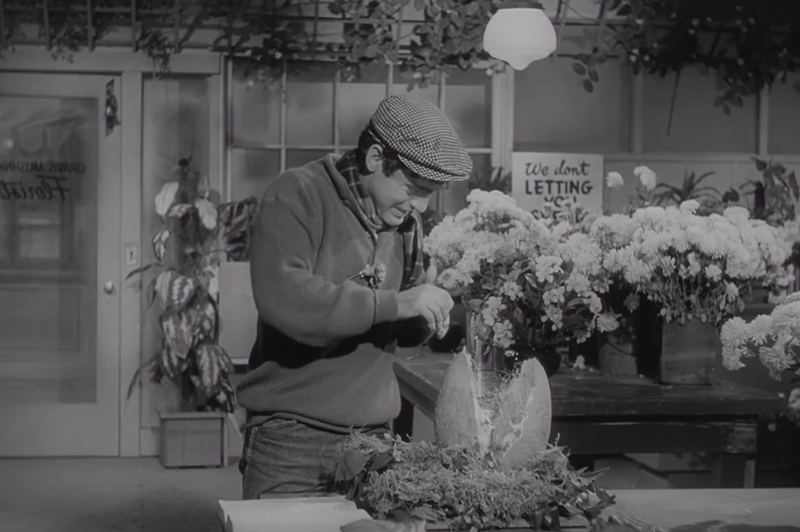 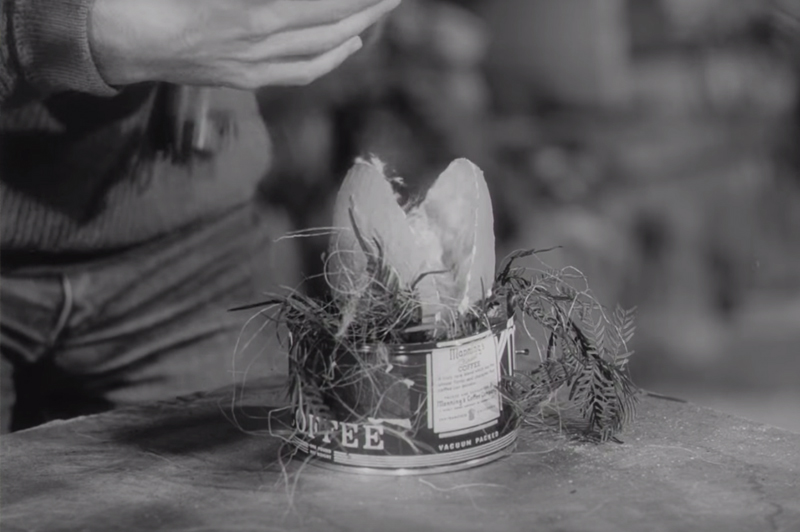 It’s pretty much the same story, the only difference being that Audrey II is called “Audrey Jr.” But from its lack of ’50s doo-wop music, to Audrey Jr. sounding like someone’s reading his lines just off-camera and doing little more than opening and closing its mouth on a hinge, it’s no wonder this one wasn’t an instant hit. Although you might recognize one of the actor’s name – Jack Nicholson.

Between Back to the Future, Aliens, and Star Trek, the ’80s were a sci-fi treasure trove. So it’s fitting that Little Shop of Horrors as we know it made its musical stage debut at the beginning of the decade.

Lyricist, playwright, and director Howard Ashman took the little black and white film about a killer plant and brought it to life on stage. The Audrey Jr. that did little more than open and close was transformed into a crocodilian-mouthed fly trap. 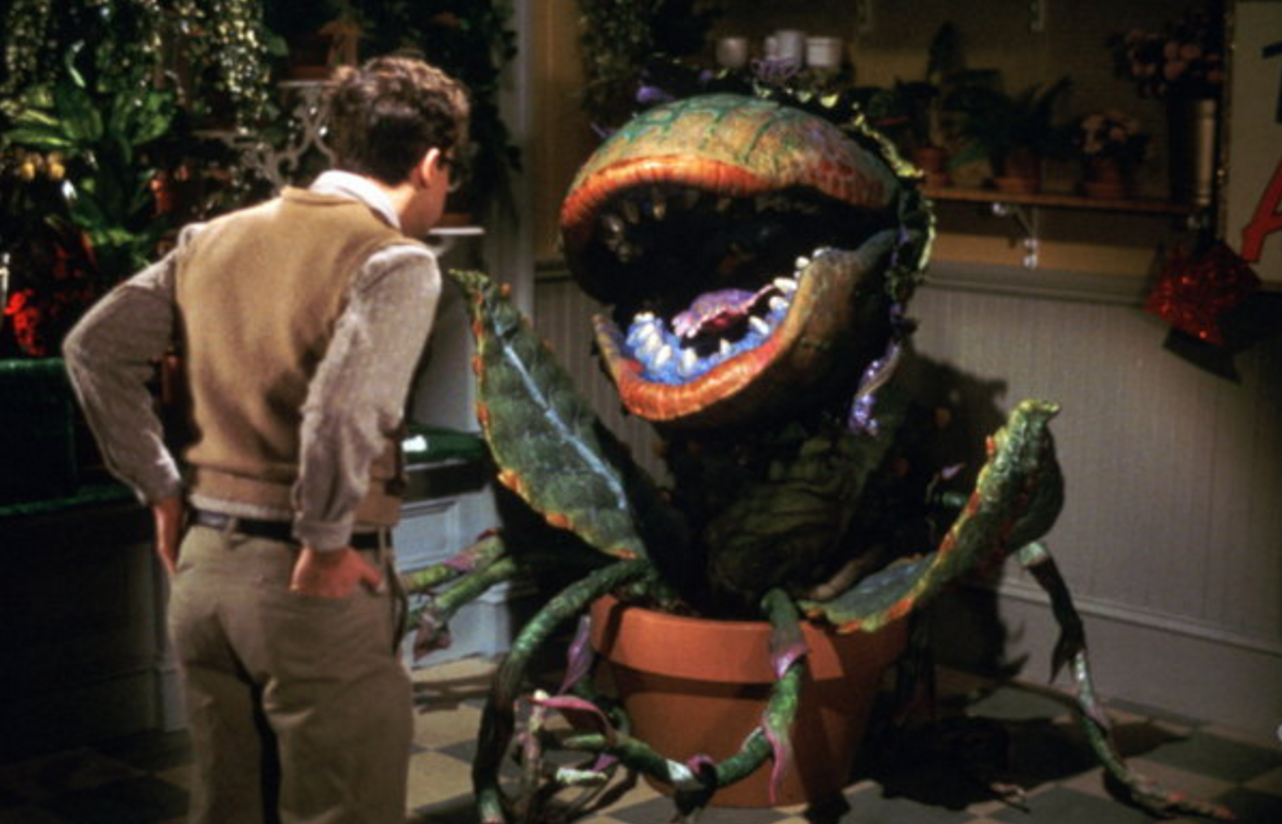 “Does this look inanimate to you, punk??” Not anymore! The ’86 Little Shop of

Horrors not only displayed insanely impressive practical effects, but also had a star-studded cast. Starring Rick Moranis and Steve Martin with cameos featuring Bill Murray and John Candy, the movie expanded on the comedy aspect of this dark comedy.

It’s pretty amazing to watch this toothy plant pod go from little more than a hinged prop, to a dynamic stage puppet, to a scary-realistic mechanical monster.

In 1987, DC comics published a Little Shop of Horrors one-shot comic, adding comic books to Audrey II’s growing list of mediums. A film adapted into a comic book…usually you hear the opposite!

The 2000s may not have a Little Shop film [insert sigh of relief here], but since the 2003 Broadway Revival of the show (above), it’s had something of a resurgence, and some interesting Audrey II redesigns as well.

The 2003 Revival featured impressive Audrey II puppets that were almost as dynamic, gargantuan, and impressive as the ones in the film – the massive final incarnation of Audrey II actually stretching out over the first few rows of the audience for the last song.

Since then? Audrey II’s gotten even more inventive makeovers.

A few shows went the realistic route and made Audrey II look like a giant Venus Fly Trap and Pitcher Plant hybrid, whereas other performances kept the more classic, crocodile-plant look.

Little Shop of Horrors has gone through quite a few transformations, with more to come, I’m sure. But it’s always the same story that us nerdy fans have fallen in grisly love with.