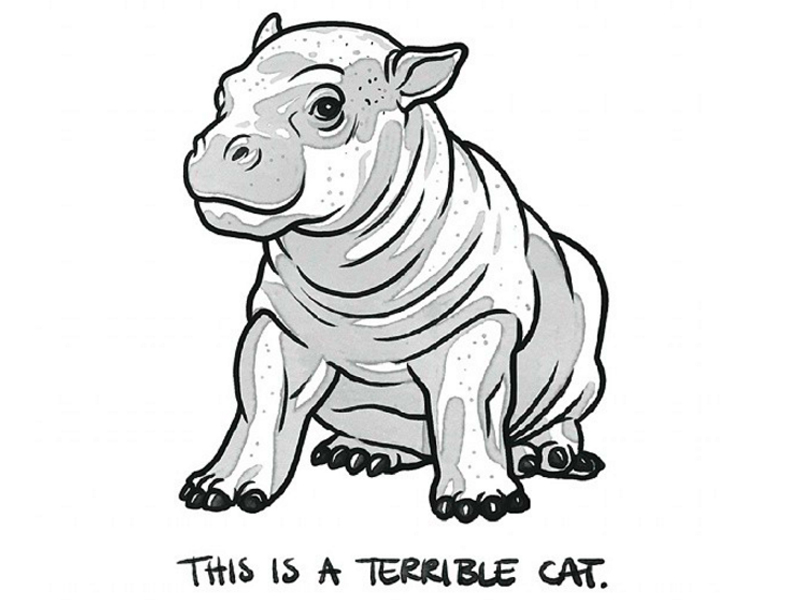 And the best cats on the internet are without a doubt of the so-ugly-they’re-dang-cute variety. From the classic Lil’ Bub, to the vastly underrated Princess Monster Truck, to the new werecat and the late Colonel Meow.

But there’s a new internet cat in virtual town. And it is, without a doubt, the worst cat.

As you may have guessed…that isn’t a cat. I know, it’s convincing. It’s actually a pygmy hippo. But the Tumblr account “The Worst Cat” is dedicated to telling the world about how this rubbery, wet, foldy creature is, in fact, the worst cat. Not untrue.

It’s even inspired amazing worst cat fanart, like that adorable featured image by Elinj. The Worst Cat is by far my favorite tumblr in the world. Basically the blog equivalent of the chicken chick (they’re ducks, guys).

Pygmy hippos may be terrible cats, but they’re adorable lil’ bundles o’ blubber, much like Sloths are the worst dogs but the best lazy creatures. Check out The Worst Cat on Tumblr, and here are some of my fave posts: 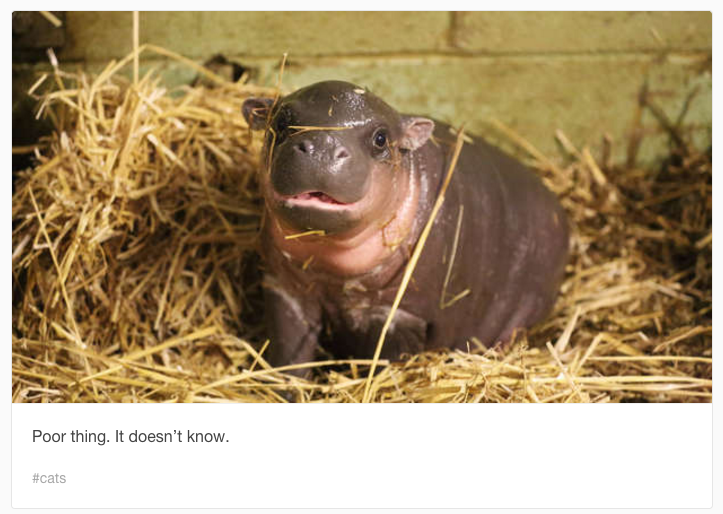 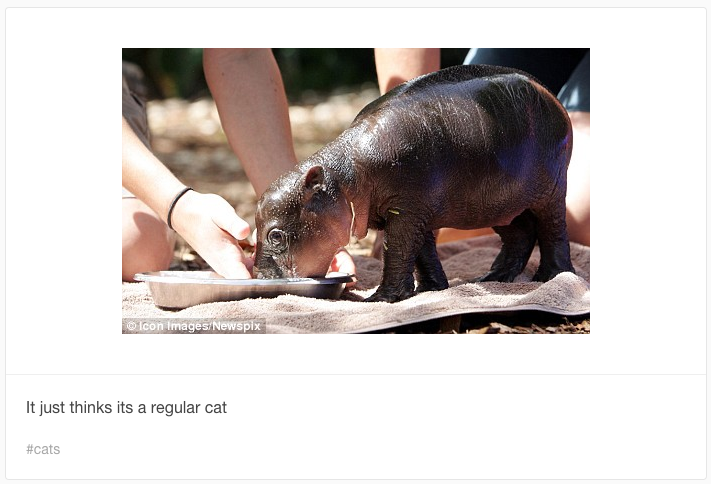 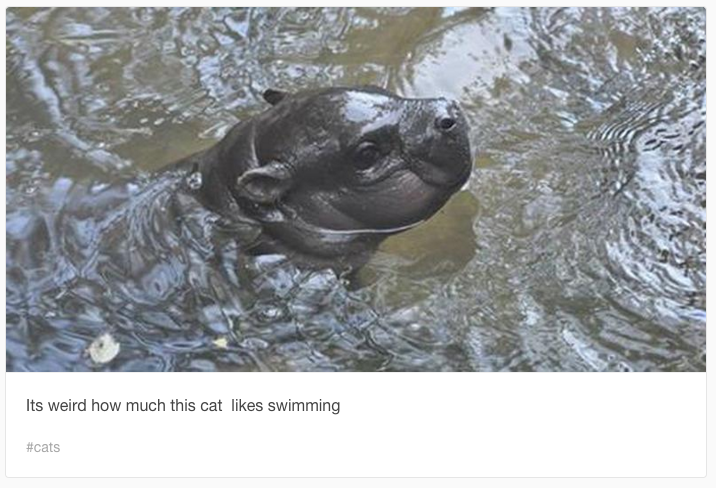 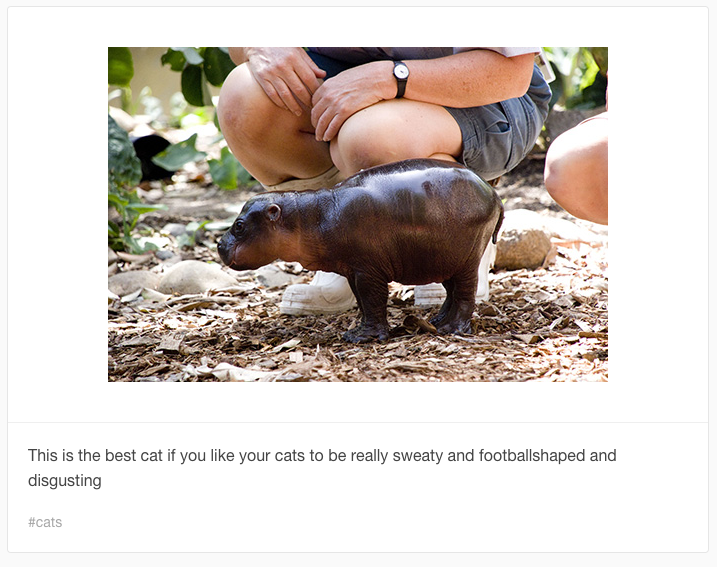 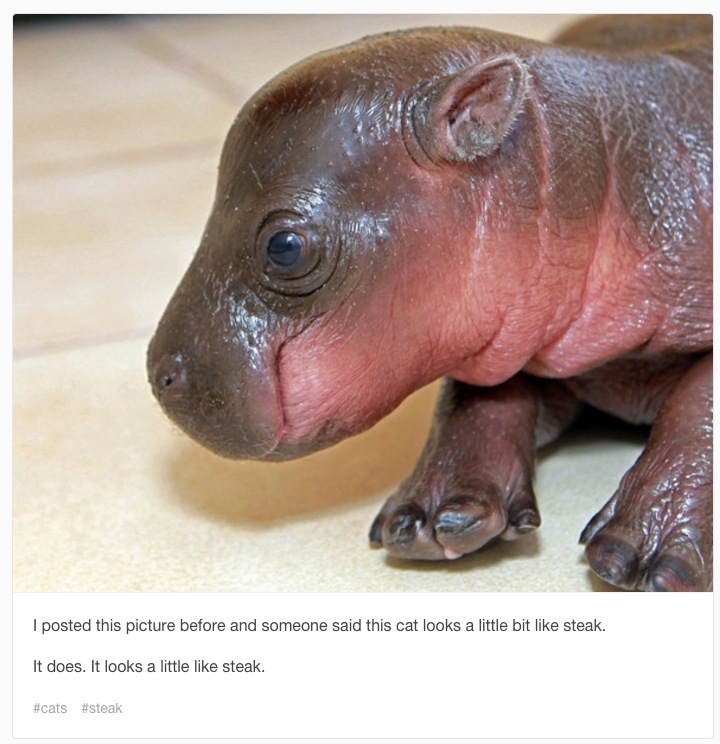 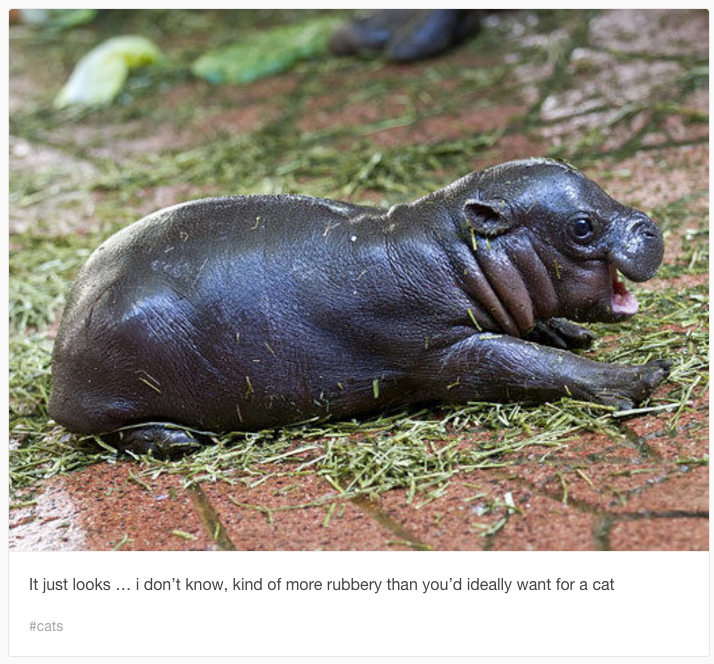 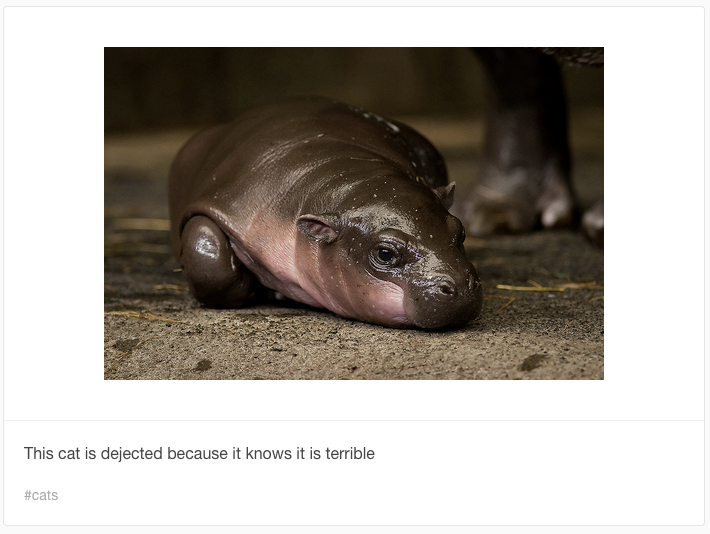 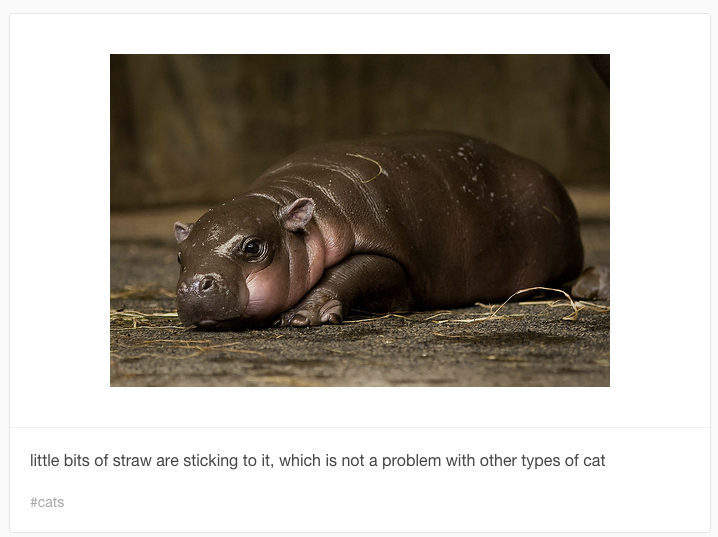 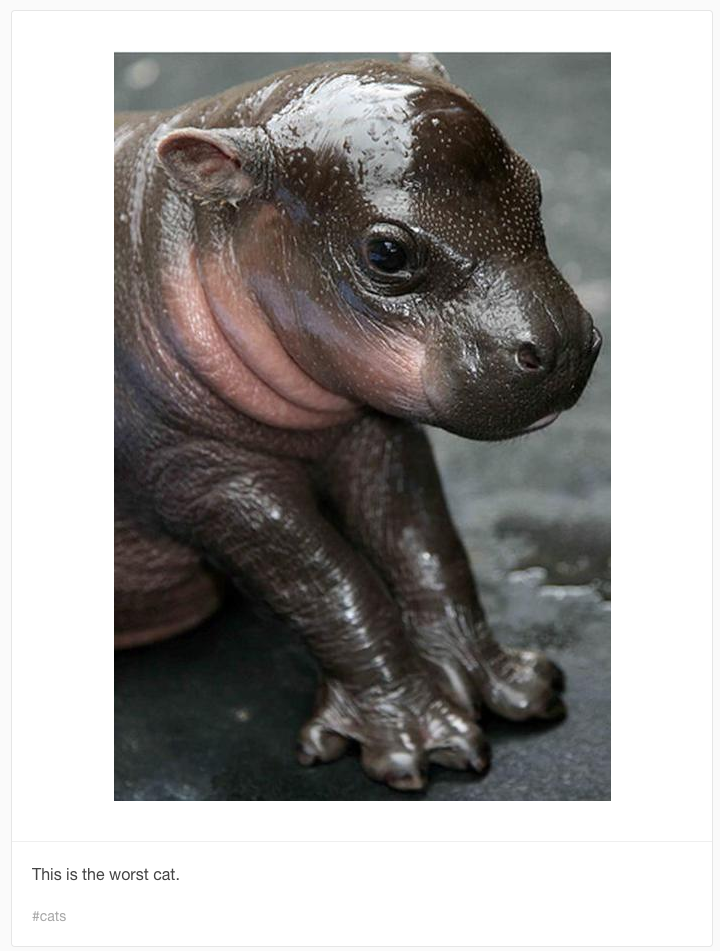 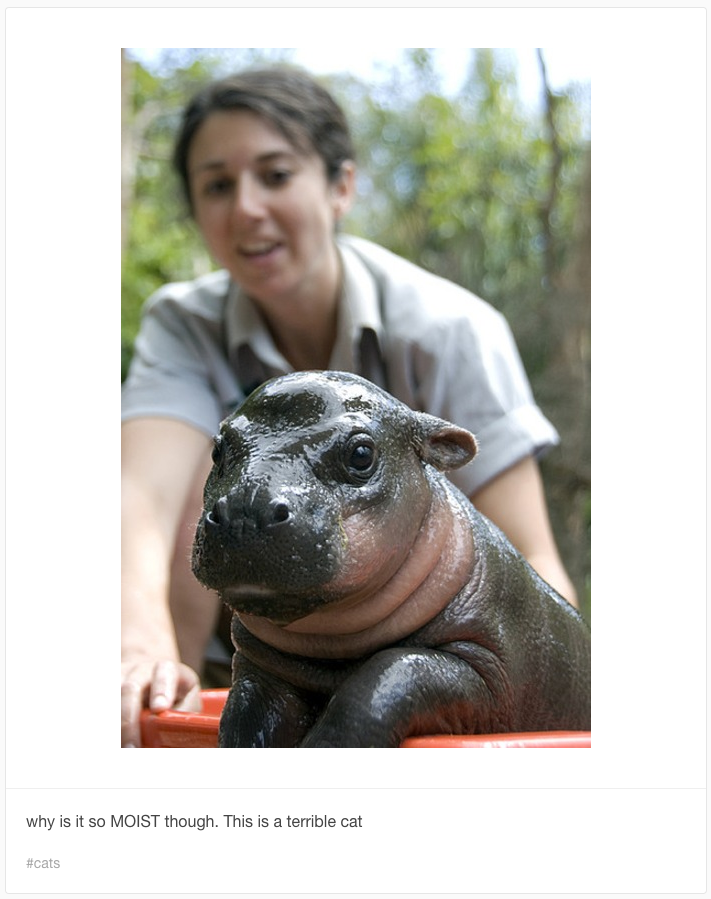 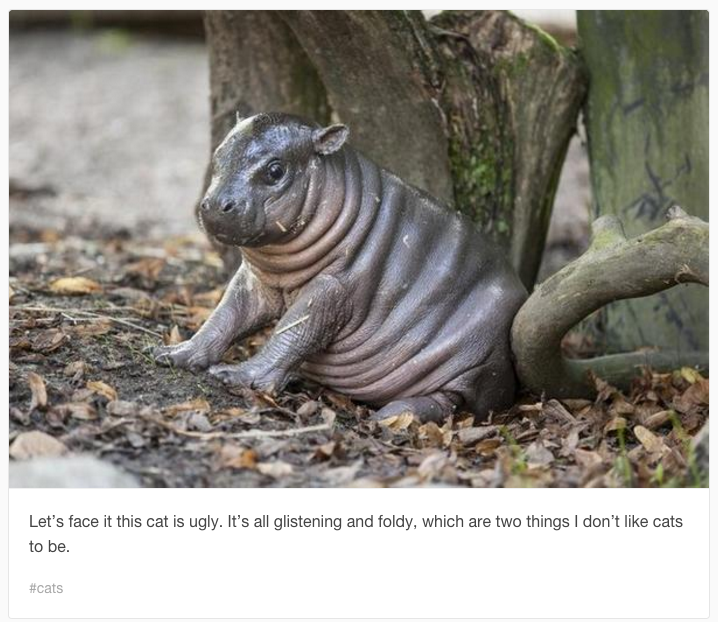