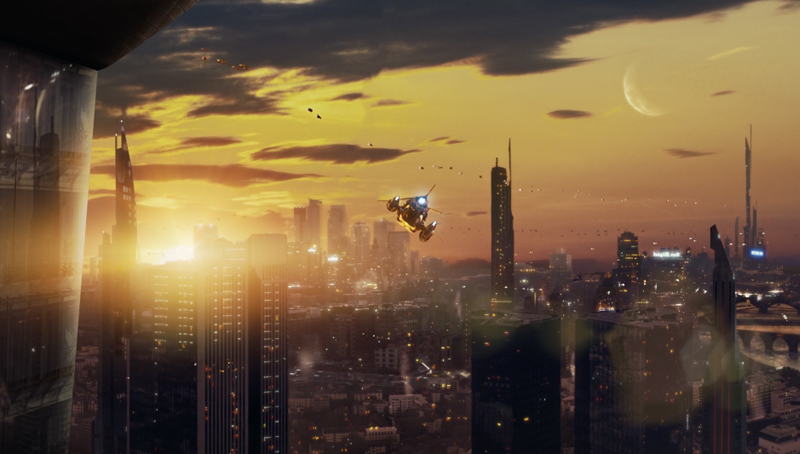 Things we care about this week:

Gone are the days of one-and-done narrative linear games. In games like Skyrim and Fallout, just overhearing a shady conversation on the side of the road can lead you down a rabbit hole that you might never have found. It’s art emulating life in a way we’ve never seen before.

But video games are starting to inspire a new kind of art, too. Demos, concept art, and video game graphics have inspired a niche of stunning and inspired short sci-fi films.

So put down the controller and take a break from that beautiful nuclear wasteland of Fallout 4 to check out…well, more post-apocalyptic worlds in these short films.

There’s something we all shamelessly love about a festering wastelandy Earth. And if Fallout 4 has been giving you the dystopian sweats, the stunningly beautiful Sumer will too.

A humanless earth in ruins has never looked so…adorable. It’s like that show Life After People but with a cute lil’ rhinosceratops alien thrown into the mix…along with some mind-blowingly beautiful alien imagery.

As a comic book and TV nerd, I don’t always have gamer cred. But when I do? It’s because of my early obsession with Kara. This short was originally a demo done by Quantic Dream (Heavy Rain), but was never intended to be part of their next project. Just an amazingly beautiful, existential crisis-inducing tease.

Then? This trailer for Quantic Dream’s new game Detroit dropped. And who’s that? On the preview there? Freakin’ Kara, yo! Check out her new look in shiny 2015 graphics in the Detroit trailer.

This short starring non other than Nerdist’s Jessica Chobot as Samus Aran dropped last week and got a lotta buzz.

Ya got me – this one is a concept video for a movie and is slightly less video game-ish than the others. But I genuinely couldn’t figure out if this was live action or animated…and I’m still not sure. Animated or not, this short pulls you in with stunning graphics and pretty much just a word of dialogue that will leave you pining for more.