In space, no one can hear you scream…like a fanboy/girl whenever Alien is mentioned. The long lead-up to the release of Alien: Covenant – aka Prometheus 2 aka the-sequel-to-the-prequel – has had this Alien fan’s heart just bursting right outta her chest. But one thing I’ve been digging almost more than the film’s release has been all the behind the scenes goodness that’s been dropping along with it. Between The Art and Making of Alien: Covenant having just hit shelves and the film’s concept artists sharing their work, it’s been a serious xenomorph party.

After scouring the internet for hours of  research, check out some of the creature concept art, world design, and practical effects that brought Alien: Covenant to life.

Warning: If you’re not a fan of body horror (or Alien), there are a few images you might want to skip this one!

As cool as it is to see see concept art for creatures we see on the big screen (and later in our nightmares), seeing all the designs that didn’t make it into the final product shows how extensive the design process is and expands the world we do see on-screen. And I’ve been drooling over the images that concept artist Carlos Huante (Men in Black and The Mummy films, Jumanji and, ironically, Alien 4) has been posting on Instagram. 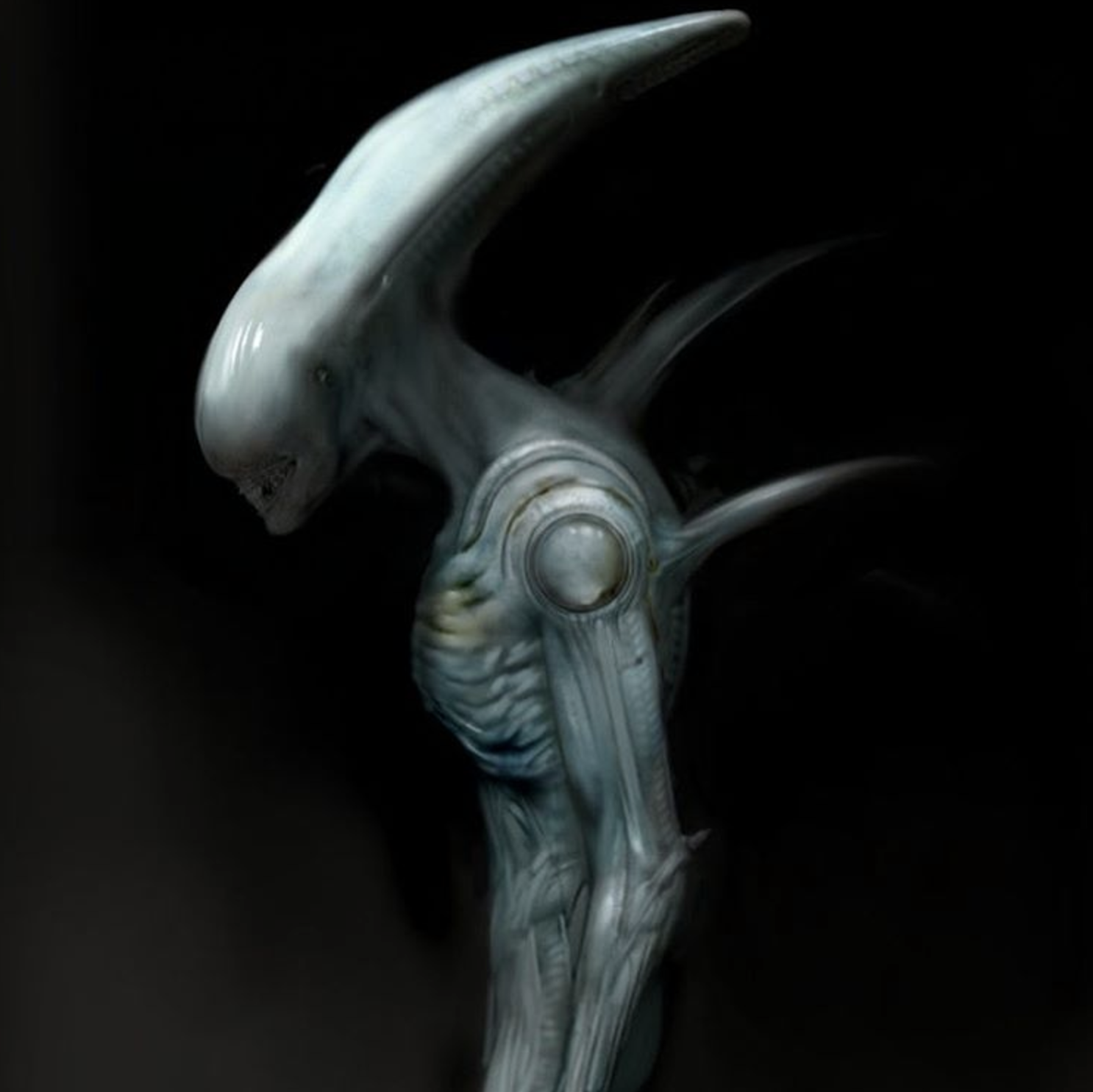 Concept art for the ‘Deacon’ in Alien: Covenant. 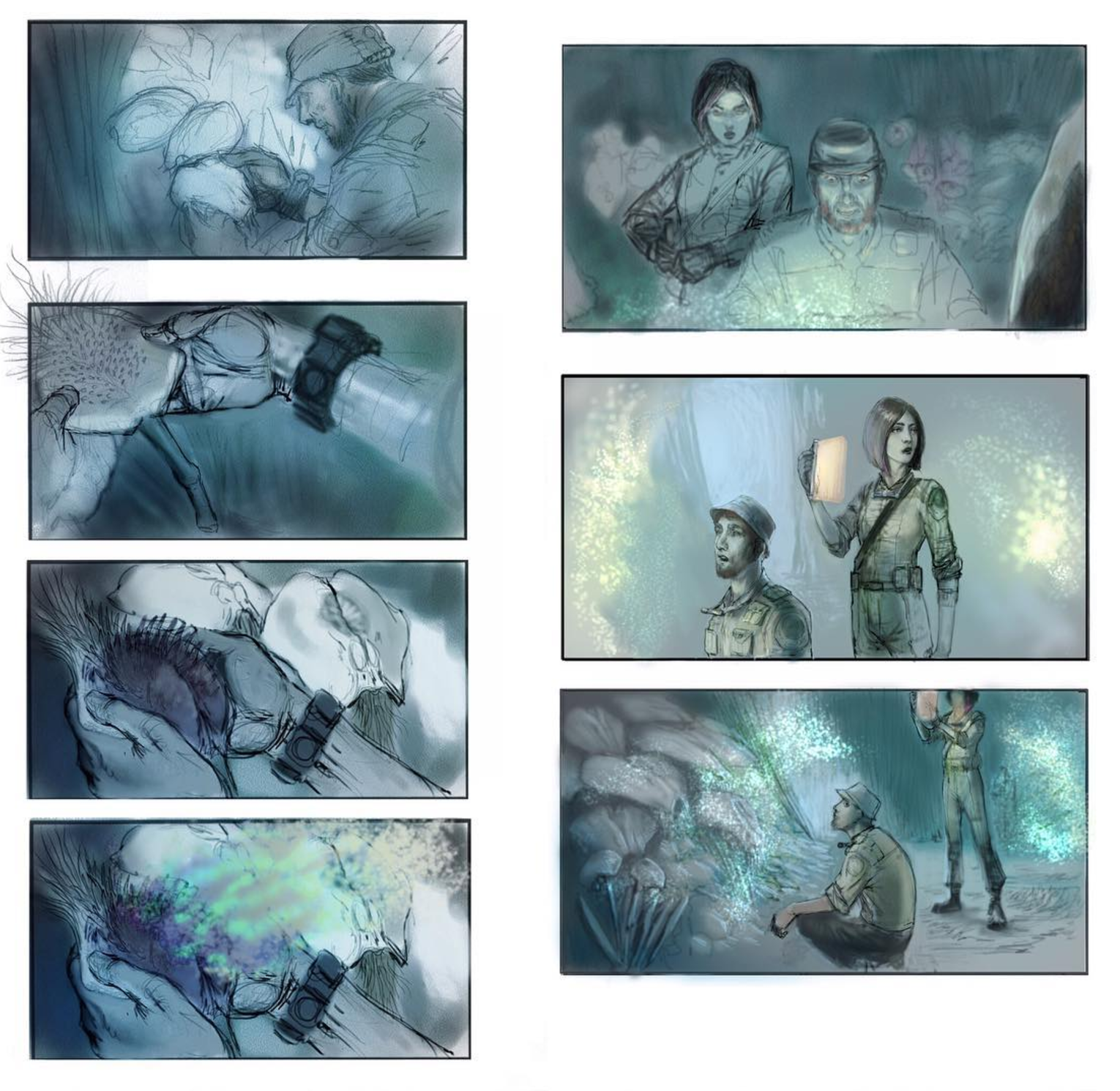 A few beautiful storyboards for a ‘pollen infection scene’ that, as the name implies, ends way less beautifully than these panels might suggest. 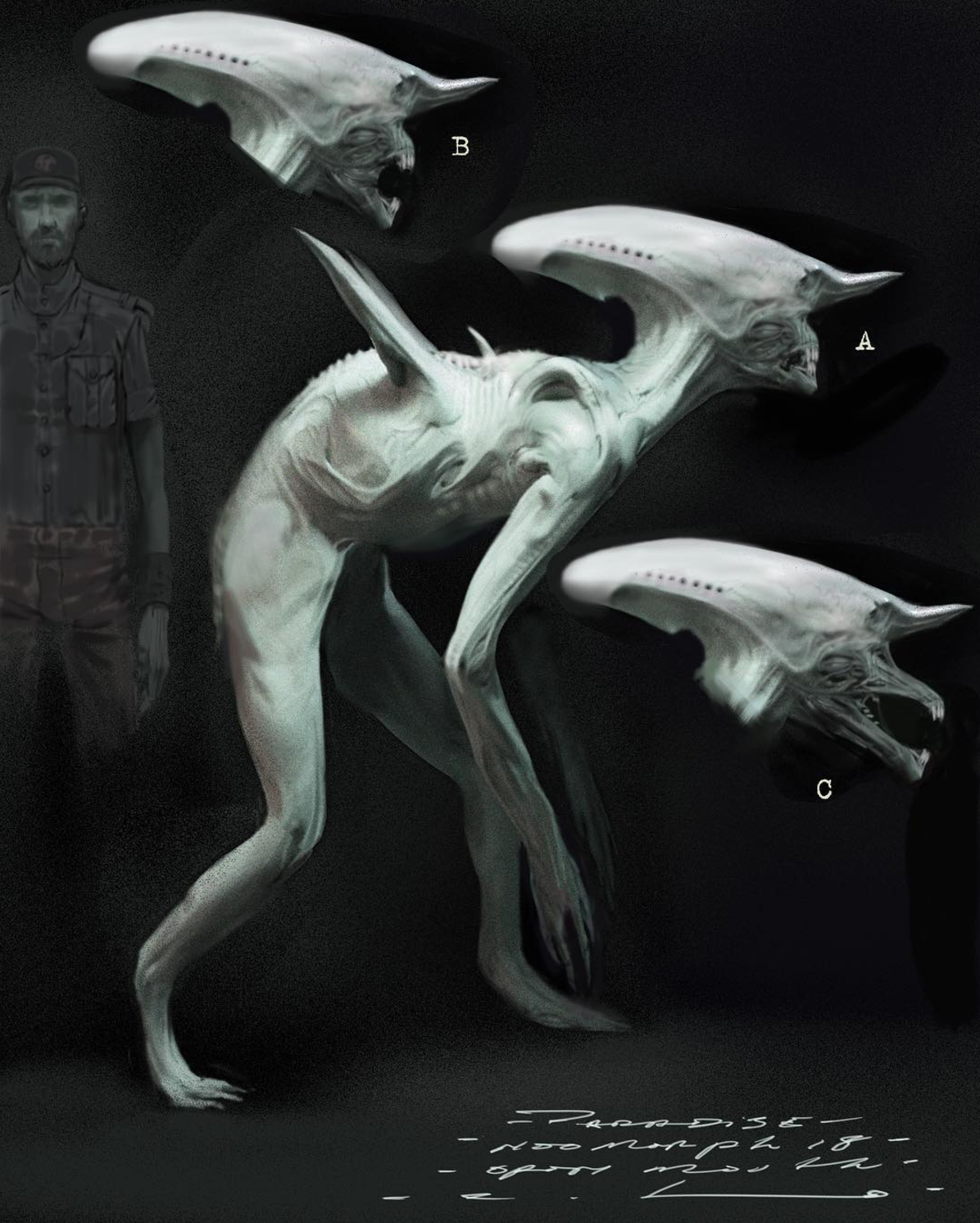 Concept art for the ‘Neomorph’. 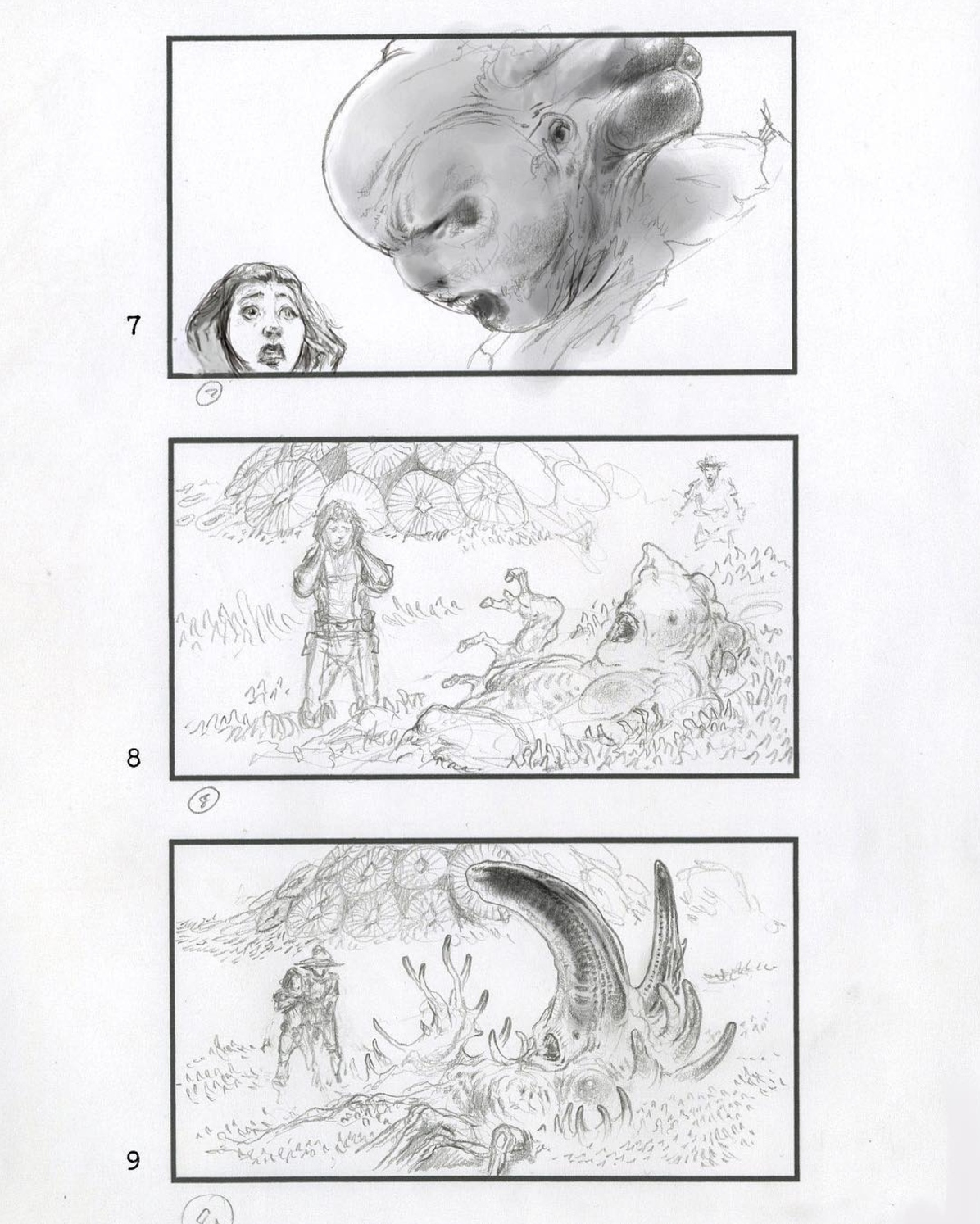 Another pollen scene gone awry for the colonists. Fun fact: If this looks Moebius-inspired, it is! Huante mentions in the comments that the design in this storyboard was inspired by the look of Moebius’s story The Long Tomorrow – a comic Ridley Scott and Huante reviewed before brainstorming Covenant’s creatures. Seeing as the original Alien was heavily built from H.R Giger’s art, it’s a fitting continuation of merging this sci-fi saga with sci-fi art. 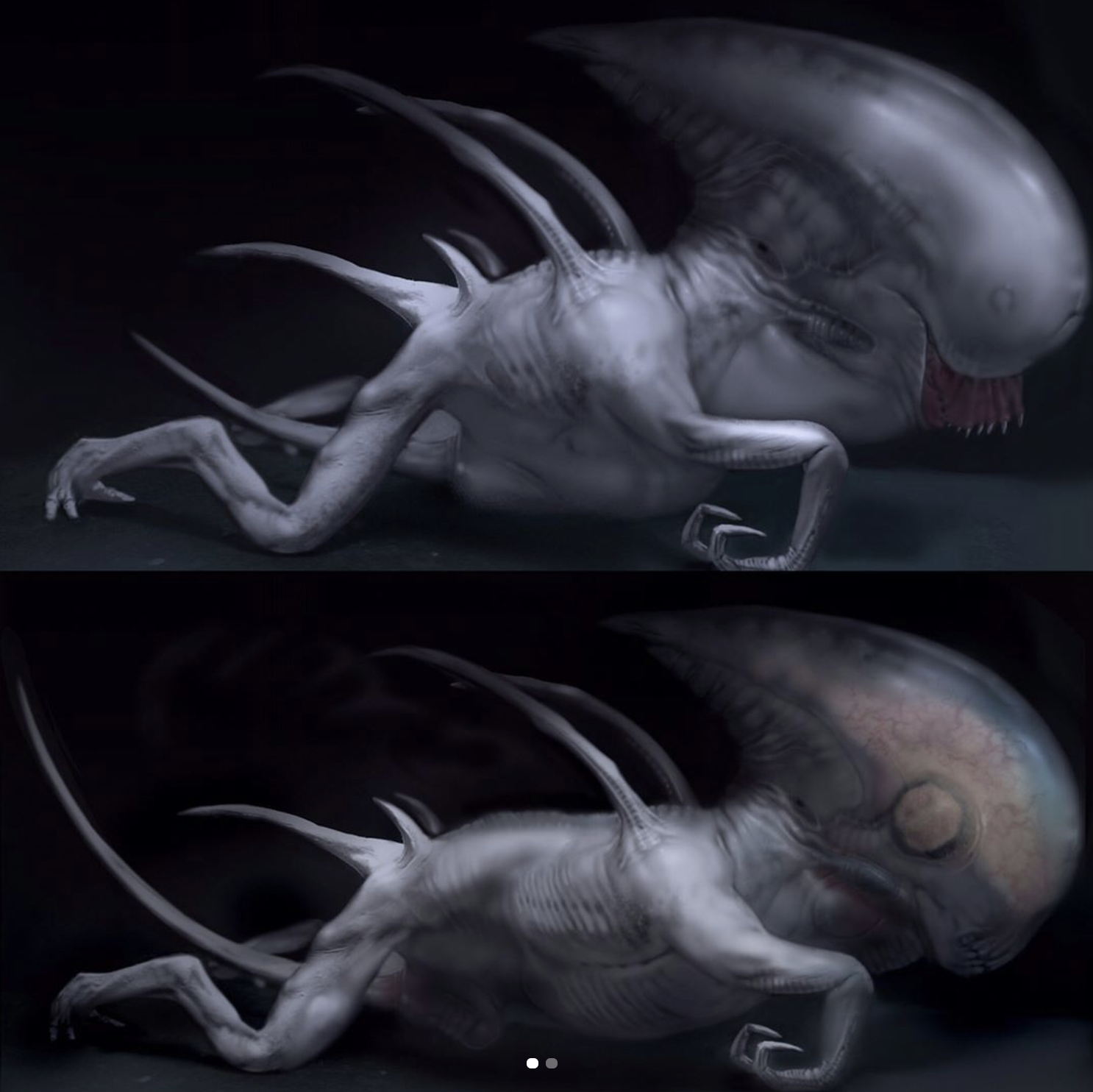 You know how long the ‘art’ and ‘effects’ section of the credits for films like Alien: Covenant can be. That’s because there are a lot of different artistic minds working on bringing the world to life. Concept artist and oil painter Wayne Haag – who’s also worked on The Fifth Element (!) and The Wolverine – shared some of his incredible background work for Covenant. 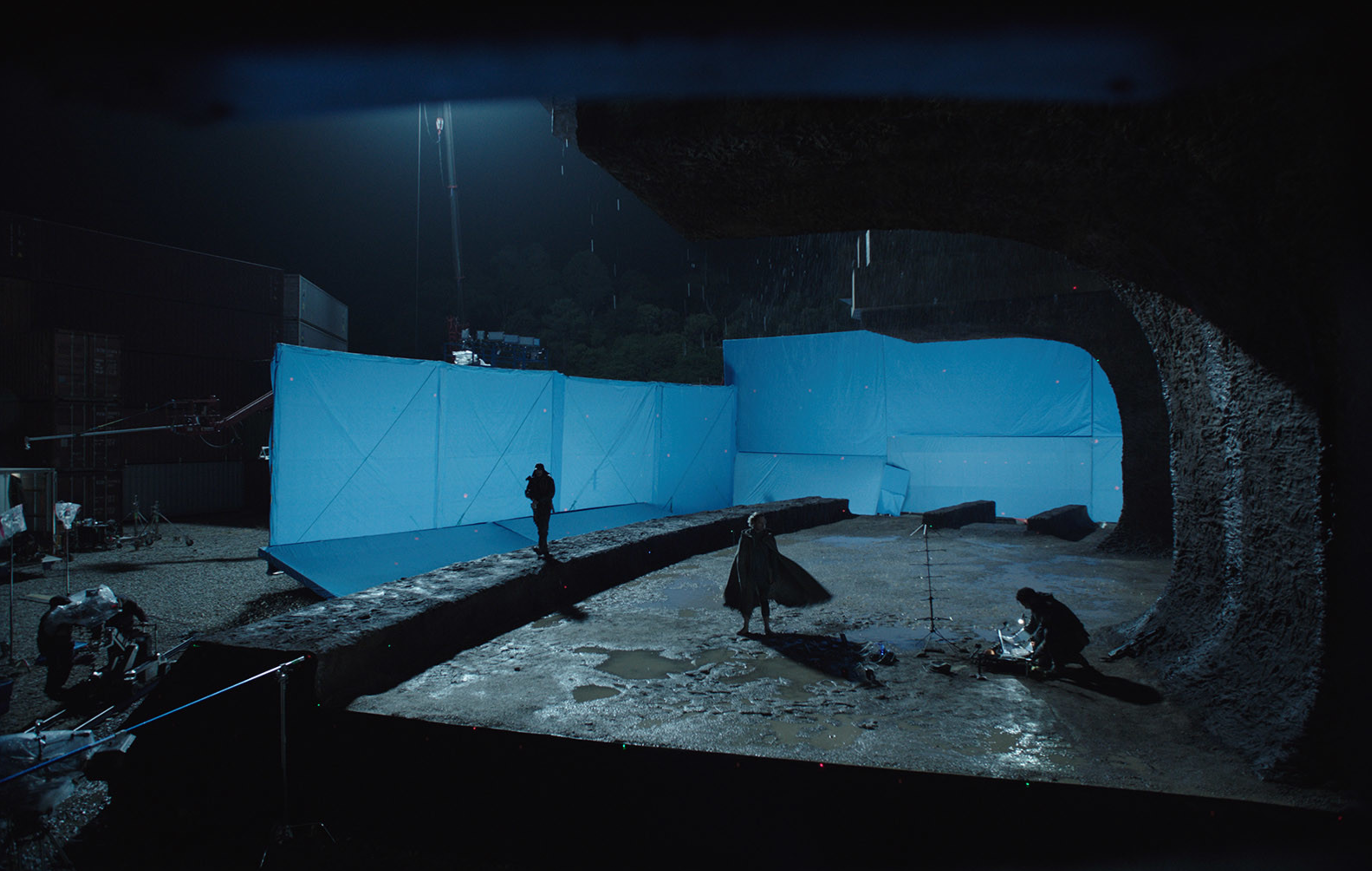 A rooftop scene on the sound stage, and then the same scene later after Haag’s added a background.

The lander touching down on a new world.

The best kind of ‘movie magic’ isn’t magic (aka CGI) at all – it’s something real you can hold, touch, and interact with that brings the film’s world into ours. And from massive sets to practical creature effects made with cutting edge (no pun intended) 3D printing technology, Covenant has its share of tangible effects. Mythbusters veteran Adam Savage went behind the scenes of Alien: Covenant on his YouTube show Tested (which is a must-check-out), and geeks out pretty much as hard as we would if we were in his shoes.

Touching up some of the creatures on set. 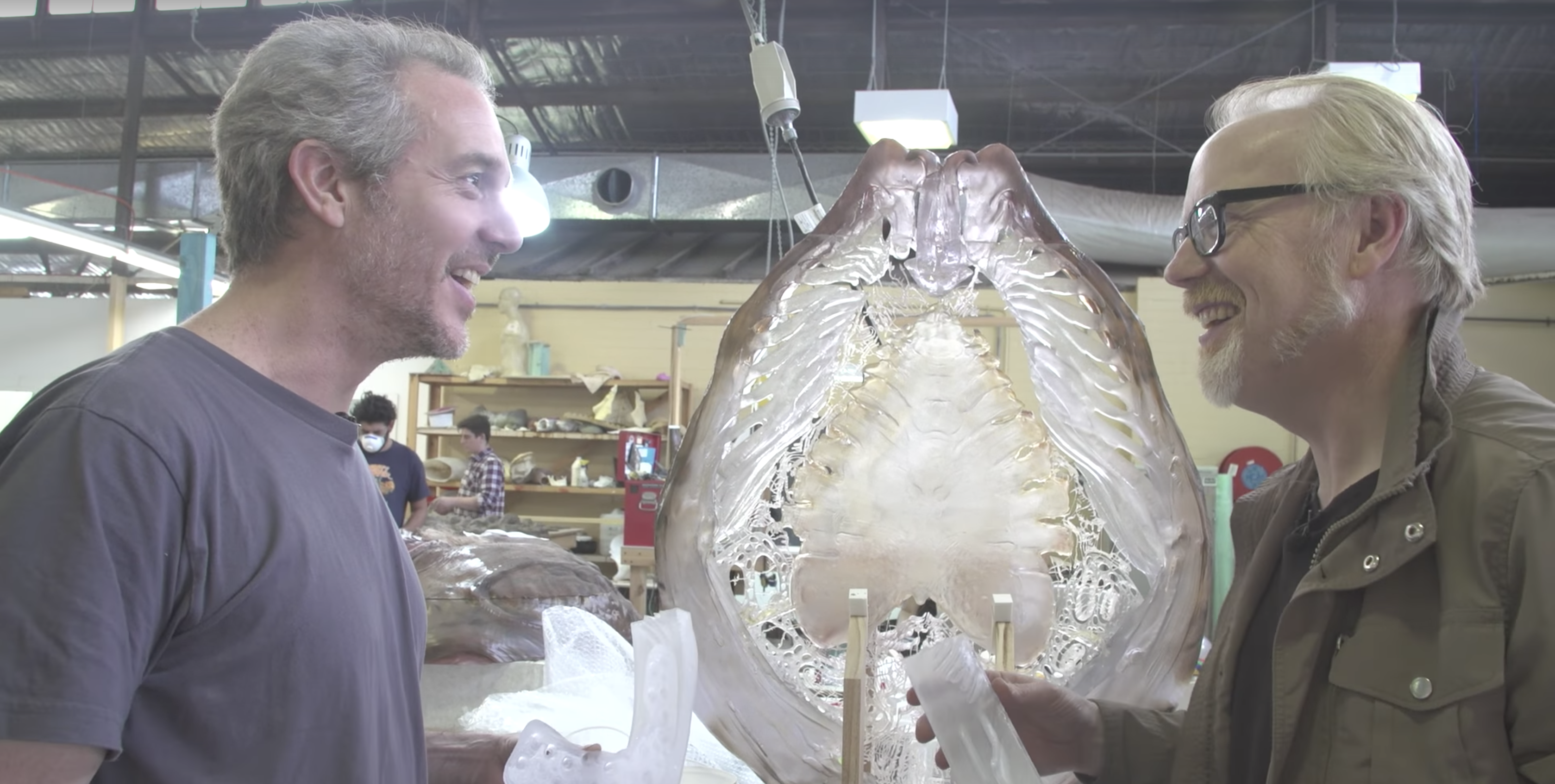 “That feel when you find someone who geeks out about the same things you do.” Adam Savage and Damian Martin – a creature effects workshop supervisor on Covenant (a.k.a coolest job title ever). 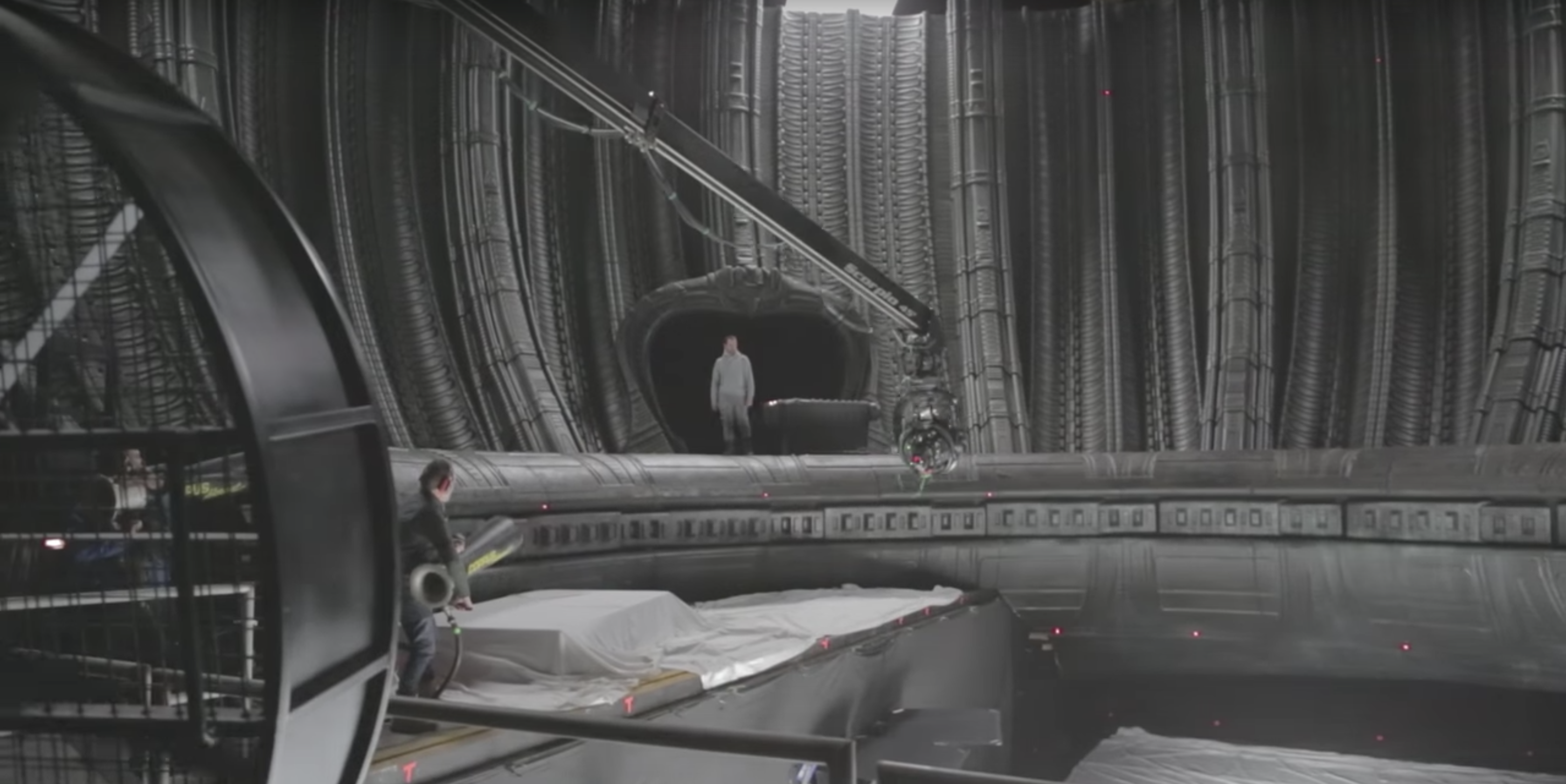 One of the massive sets created for Covenant. Ridley Scott is a fan of creating giant sets, like a 19 meter spaceship set also built for this film. 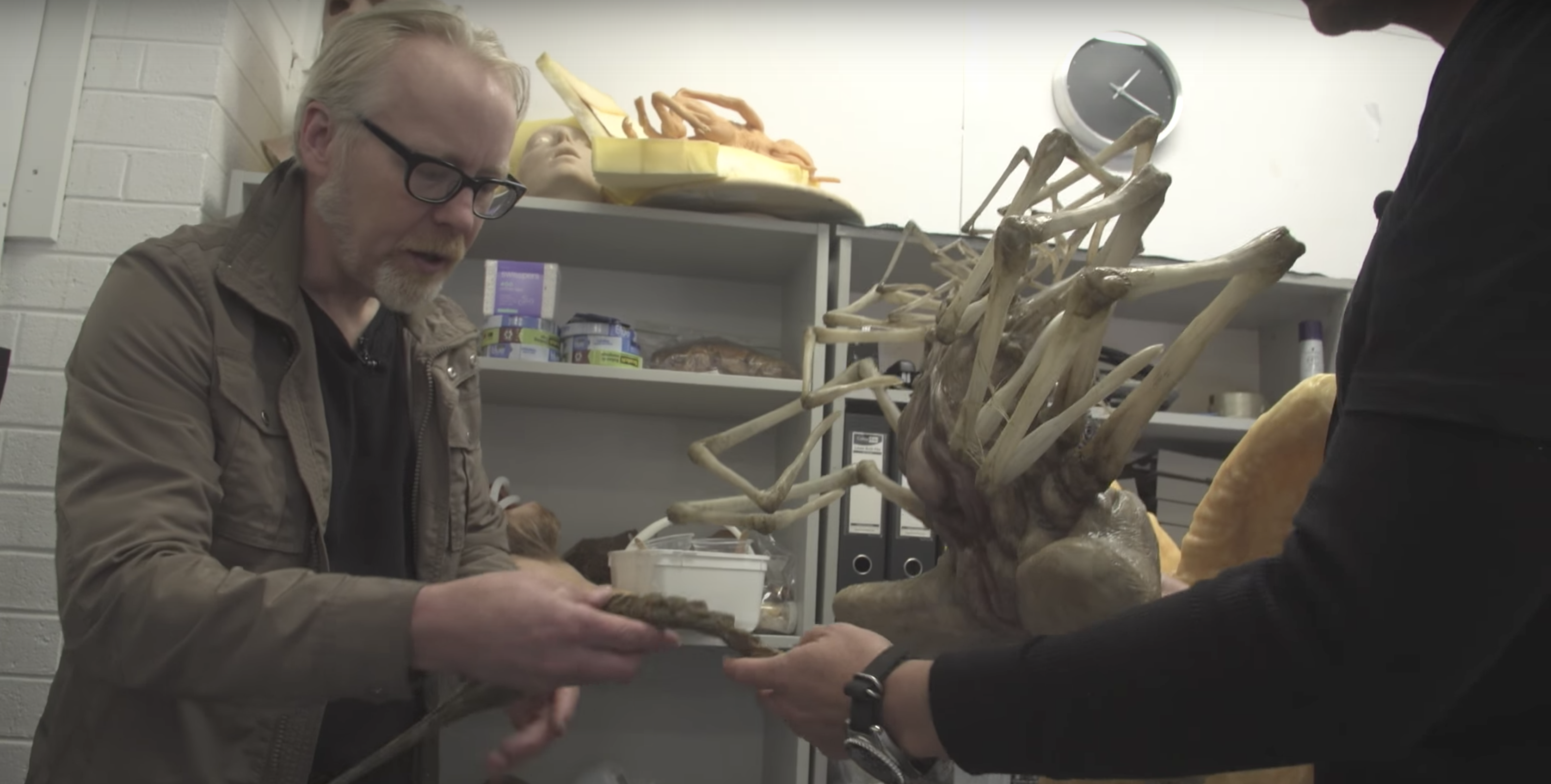 A facehugger with a tail that’s entirely made up out of 3D printed segments.