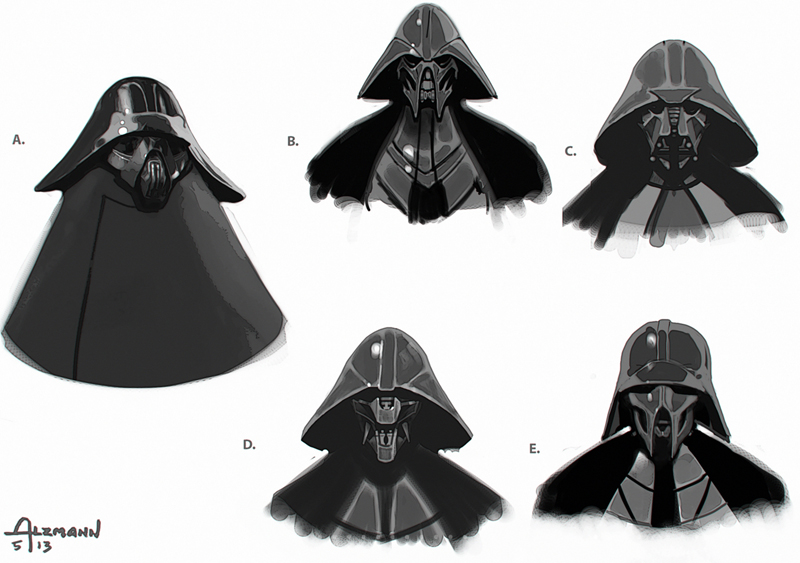 A movie is probably the biggest collaboration in the creative world. But the look of a world brought to life in a film is a burden arguably felt most by one group: the concept artists.

Bringing the futureverse of Star Wars: The Force Awakens to life wasn’t just copying and pasting original Star Wars imagery and making it look shiny and new. The creative team (Industrial Light & Magic, who also worked on movies like Pacific Rim and Avengers) behind The Force Awakens had to balance making awesome new stuff to look at with the classic images that we know and love from the original trilogy in a way that both pleased fans and surprised them (but not too much).

Not too big of a task, right?

Concept artists create worlds, bringing a concept in text on paper, to an image that effects artists bring to life on screen.

And it’s pretty dang amazing to see how different things can look from pre-production concept art to the final product. Not to mention, how the world on screen could have looked vs what audiences saw. Like these Star Wars: The Force Awakens concept pieces that we didn’t really get to see on screen.

But it’s also straight up mind-blowing to see the world on paper translated on-screen almost exactly as it was conceptualized. Kind of like when you read a book and the movie adaptation is exactly like what you saw in your head.

Check out this comparison between Star Wars: The Force Awakens concept art (top images) vs the way they looked in the film. Sometimes? You can’t even tell which is which:

Films are amazing. We watch them over and over, we obsess over them, we fall in love with them. But sometimes it’s nice just to step back and appreciate the artwork that helped flesh out that world and make it real.