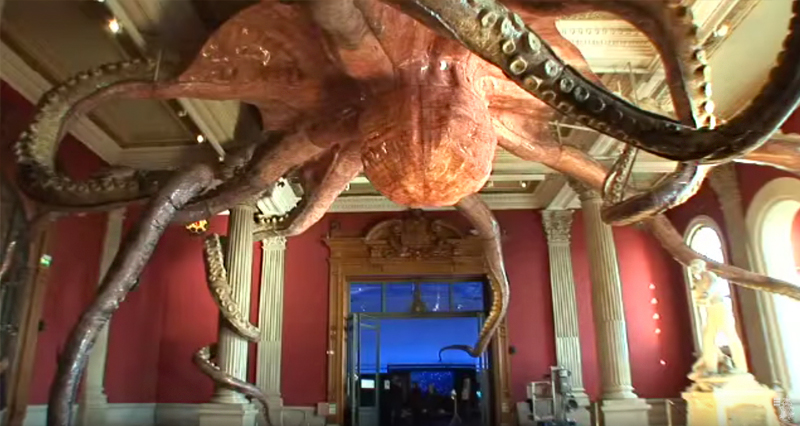 Note: If you’re greatest fear is giant sculpture octopi, look away. Look away so fast.

Designer Huang Yong Ping constructed this massive sculpture for the Oceanographic Museum of Monaco. And it’s a biggun.

This may have been a 2010 installation, but it resurfaced (no pun intended) online recently…and, I mean, who doesn’t want to see pictures of a giant octopus sculpture? Because octopi are awesome.

This creature – named “wu zei” – is supposed to be an octopus-cuttlefish hybrid meant to represent maritime disasters caused by man and their effect on the sea.

The “human footprint” is most clear at the tip of the creature’s tentacles, where there lies a pile of trash in what looks like oil (sadly not ink) surrounding other ocean creatures.

The installment was originally put together for the Oceanographic Museum of Monaco, and there’s a pretty rad construction video of it here where you can see how this big guy came together: