Roses are red
So is blood
So are brains
Be my Valentine?

With Deadpool last Friday and The Walking Dead triumphantly returning to us this past Sunday, this Valentine’s weekend was beautifully bookended with morbid goodness, for couple-y people and “forever a-loners” alike.

But of course, the one we’re most stoked about was seeing what “stuff and things” Rick and CORAL were doing. And so were you, beautiful fellow tweeters! Ahh yes, it’s good to be back! 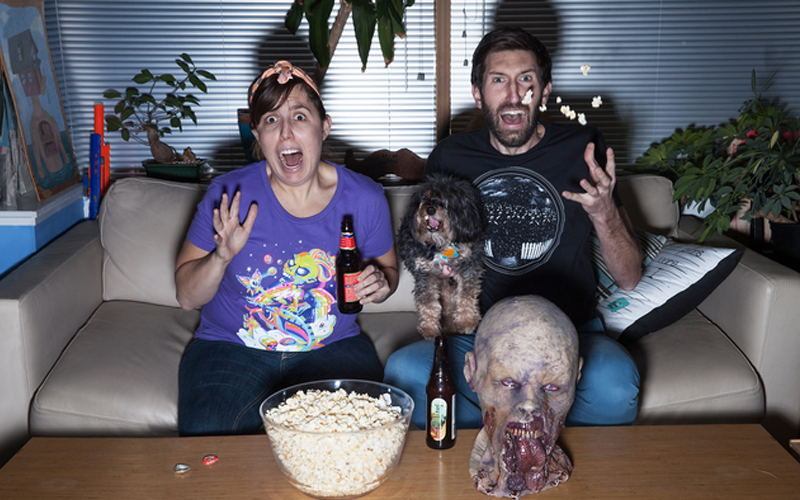 Check out the tweet recap below. And as always, if you wanna be antisocially social with us, live-tweet The Walking Dead every Sunday on Twitter (@Threadless) using #ThreadTWD. Because we love you. Not as much as zombies, though. I mean let’s be honest.

Puns about the show’s return…

Oh how I’ve missed you all! Been decomposing over here for weeks waiting for this night @threadless#threadTWD

No better way to say I love you. #EatYourHeartOut#Literally#IHeartTWD#threadTWD — Alex (@alleycat2007) February 15, 2016

“We are gonna build a wall. It’ll be yuuuuuge, and the zombies will pay for the construction.” #threadtwdhttps://t.co/0mOoExXUE7

But most of all…there were eye puns:

Carl should have kept a closer eye on that kid #ThreadTWD — Jamie Curran (@jambourgini) February 15, 2016

SO many eye puns…

I want to show you the new world Carl…but only the right side of it. #threadtwd — keith groshans (@keithgdesign) February 15, 2016

Eye puns further than the eye can…you get it.

I think that last one killed my ability to pun for awhile. #threadTWD

And of course, we had our two winners of the night – best tweet and best selfie!

I want to show you the new world Carl…but only the right side of it. #threadtwd — keith groshans (@keithgdesign) February 15, 2016