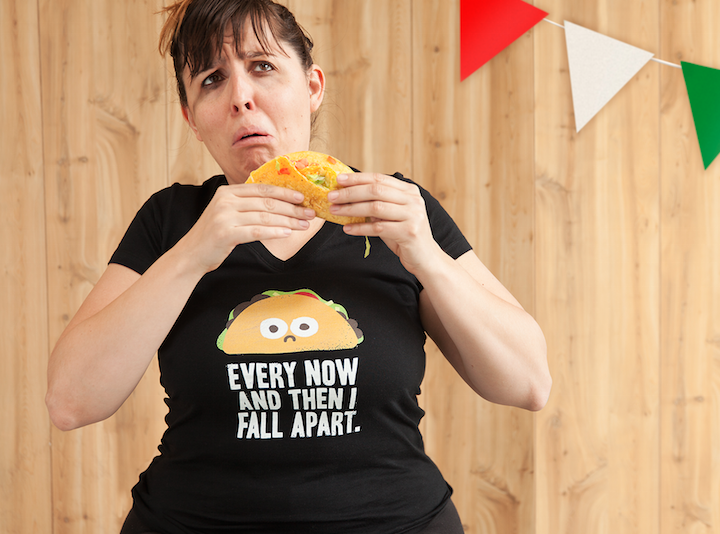 There’s no denying it: fast food is delicious. Yes, it’s delicious in all the bad ways that maybe aren’t doing great things for our health, but if we’re speaking factually, it’s simply delicious. Our Fast Food design

challenge proved that you guys hold a great love and respect for all the burgers, fries, shakes, and other tasty treats available when dining on-the-go, sending in a bevy of crave-inducing submissions that made us run immediately to the nearest drive-thru. Today, we announce the winning design (and perfect Cinco de Mayo tee!): “Taco Eclipse of the Heart”, by David Olenick! Read on to learn more about David and his design, and snag the new tee here!

Congrats on your winning “Taco Eclipse of the Heart” design for the Fast Food challenge! What have you been up to since we last spoke? 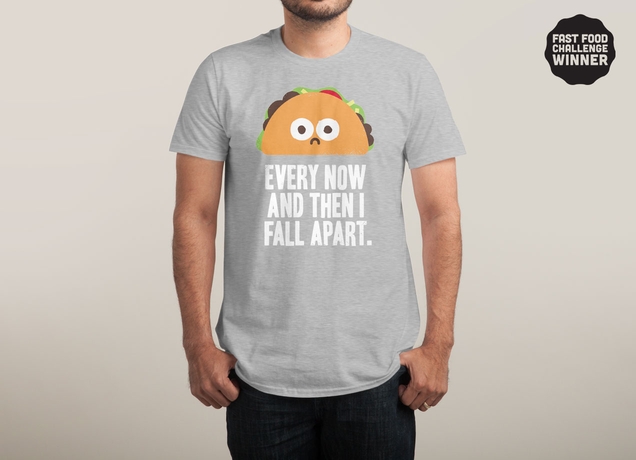 Thanks! Since we last spoke, I had a solo gallery show in New York, I’ve been working on expanding from the internet into retail stores, and I currently have a card that’s one punch away from a free frozen yogurt.

Why did you feel compelled to enter the Fast Food design challenge?

I don’t enter the themed challenges very often, probably because I spent so many years as a staff designer and I’ve pretty much had my fill of taking direction. This one was safely in my wheelhouse though, and it allowed me to do what I do, which is to draw the same pair of eyes on different things. 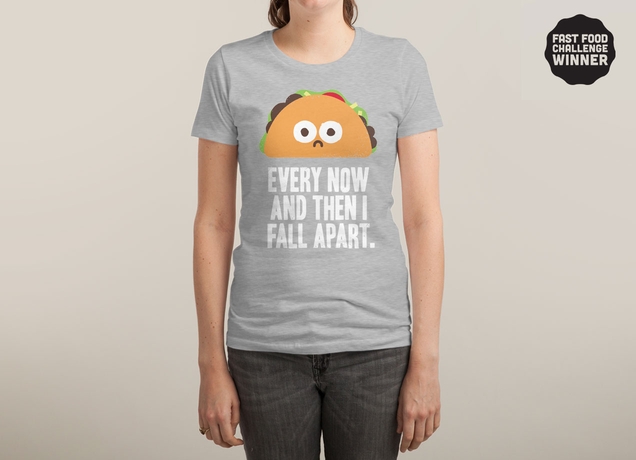 I have a Pavlovian response to McDonalds, but I approach Taco Bell in a cold, pre-meditated fashion. At McDonalds I like the meal with the two sad little cheeseburgers. At Taco Bell I favor the bean burrito for volume per dollar, and the Meximelt, a traditional dish whose origins can be traced back to the ancient Olmec civilization. True story: For both McDonalds and Taco Bell, my girlfriend and I researched the “fanciest” locations in Manhattan, smuggled in wine, and had fast food dinners in three separate courses.

Have you ever, in fact, been hit with a new design concept while eating fast food?

“Taco Eclipse of the Heart” is yet another ingenious, signature David Olenick creation. How did you come up with this one?

Well, first I walked the earth for nigh a twelvemonth, collecting the wisdom of the ages. Then, being come to my full might, and filled with a new thought, I set to work. What is the essence of a taco, and does its essence happen to be a lyric from my go-to karaoke jam? The fruit of my long and secret labour was approximately six terrible ideas and this one. 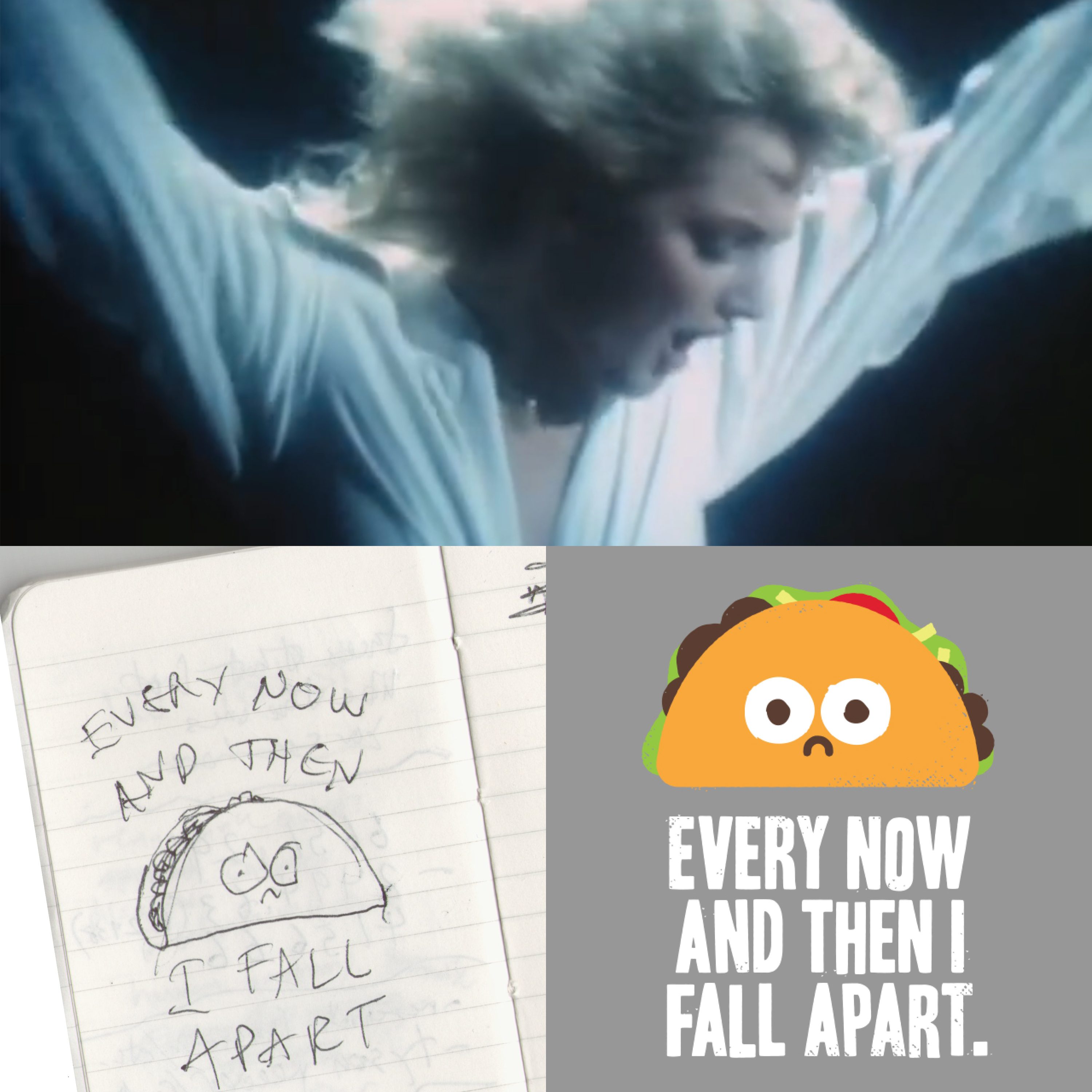 Tell us a bit about your personal relationship with tacos. Are you a meat or veggie guy? Soft or hard shell? Paint the picture for us. 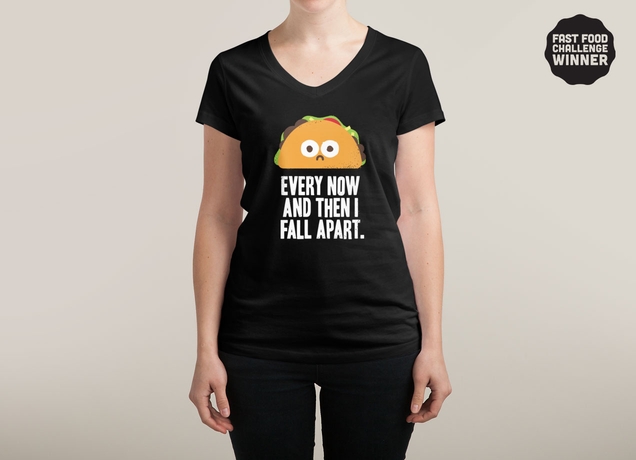 I prefer hard shell tacos. They’re very poorly designed, but the key is to order them at a cheap place where the ground beef is greasy and let them sit for a while so the shell becomes just damp enough not to explode in your hands the first time you take a bite.

Cinco de Mayo is coming up next week, and this design is the perfect fit. How do you plan to celebrate the holiday? 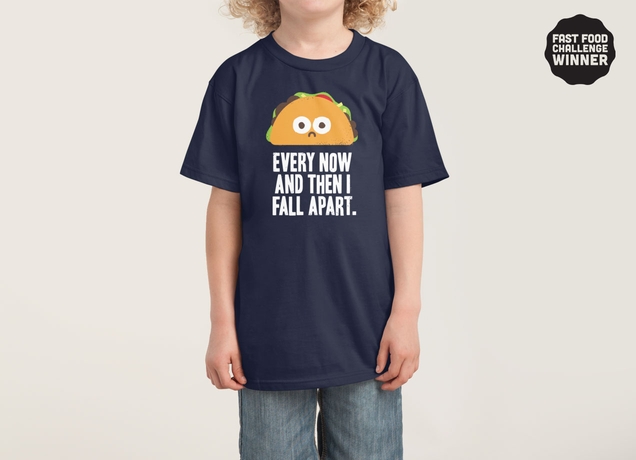 Do you think this tee will earn you an invitation by Bonnie Tylor for a “Taco Eclipse of the Heart” duet?

My people have already talked to her people, and apparently while she loves the taco, she’s holding out for a gyro. 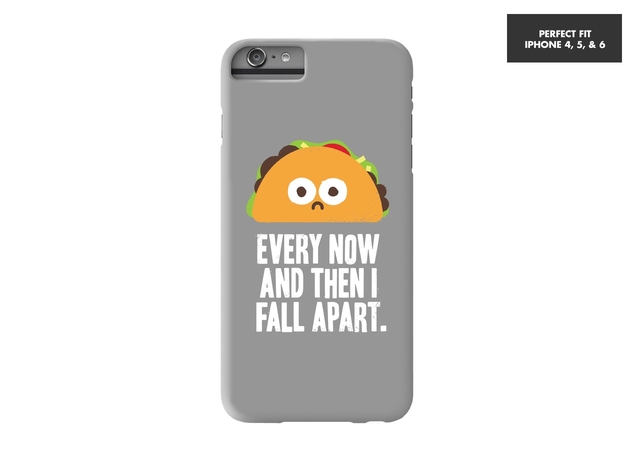 I’d like to give a shout-out to people who shout things out at movies.