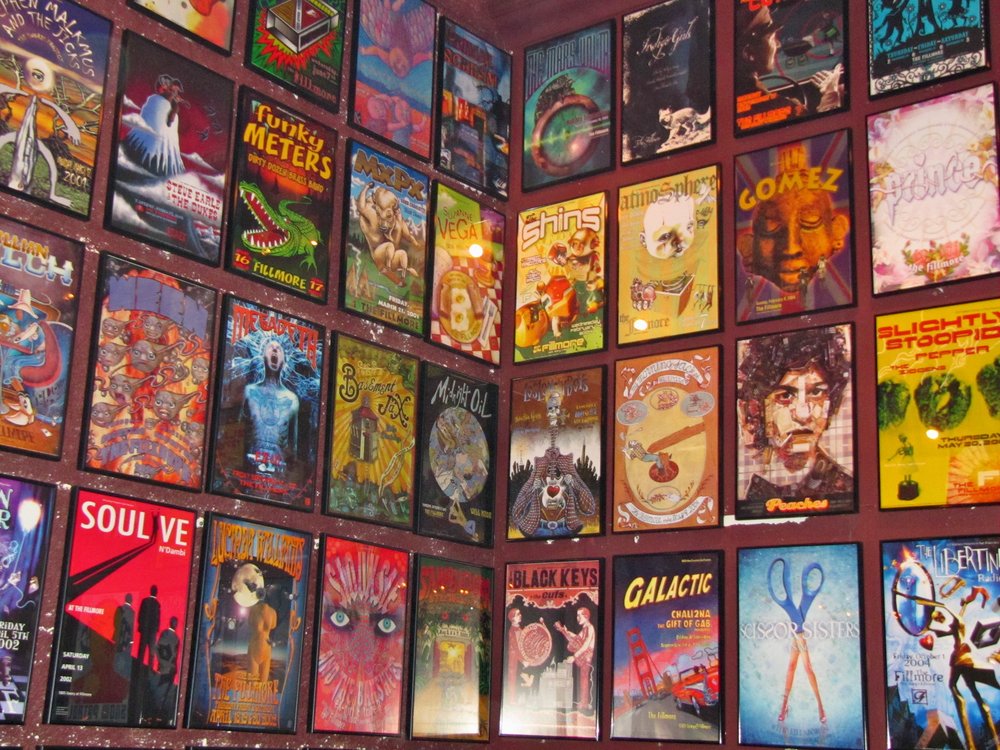 Welcome back to Tuned In – an ongoing series that highlights the best concert posters of the month. (If you missed March’s lineup, check it out here!) These limited edition posters are typically available for purchase at each band’s merchandise table during the show, with a smaller portion sold directly from the illustrator or design studio.

Whether you’re an art lover looking for something to decorate your home or a fan hoping to remember that perfect show, these are my picks for the best posters of April:

For the second year, Coachella Valley Music & Arts Festival recruited Tim Doyle to create their poster, and he did not disappoint. This poster is a sequel to last year’s, and features the same familiar panda in a new, extremely limited version. How limited? The poster has a minuscule edition of 100 worldwide; with 50 being sold through Tim’s store, only 25 were left to be sold each weekend. For an in depth look, including early sketches and design requirements (“No skulls, drugs, alcohol, or guns!”), head over to Nakatomi Incorporated.

Faith No More by John Howard

The return of Faith No More is long overdue, and honestly, I could have picked three posters from their current reunion tour from the barrage of eye-popping posters they keep releasing. John Howard’s poster for their show in Seattle is a 4-color print, limited to 115 with 3D graphics. On sale now, the poster includes custom Faith No More anaglyph 3D glasses.

Another group that is absolutely killing it with their posters is Primus. The California trio is currently on the road supporting their recent album, Primus & The Chocolate Factory, which reimagines the classic 1971 movie soundtrack from Willy Wonka & The Chocolate Factory. While most posters have relied heavily on Willy Wonka and psychedelia, PEZ’s poster is more storybook-inspired, and is available in three editions: Standard, Mono, and Pearl.

I’m not going to guarantee Wilco’s poster by Justin Helton will look as good on your wall as it does in this picture, but a solid A+ for presentation goes to Status Serigraph. The Knoxville-based design studio has worked with tour-heavy acts like My Morning Jacket and Phish, creating a very unique style that’s busy with design but softened by illustration and typography. This poster for Wilco’s show in Dallas on April 22 is one of his simplest designs, allowing the colors to pop against an impressive treehouse.

Last month we introduced you to Miles Tsang, a talented illustrator with a flair for detailed characters and glow-in-the-dark ink. His poster for The Avett Brothers’ show in Tallahassee was available in two editions. A standard edition of 200, titled Sunshine State, and a variant colorway, the gloomy, Cobalt Keys, limited to 75. Both prints glow in the dark, and sold out instantly. Congrats, Miles!

As the temperature rises, more and more bands will be hitting the road. Let us know who you’re seeing, and which posters you plan to display on your wall. I can’t go to every show, but I’m trying!