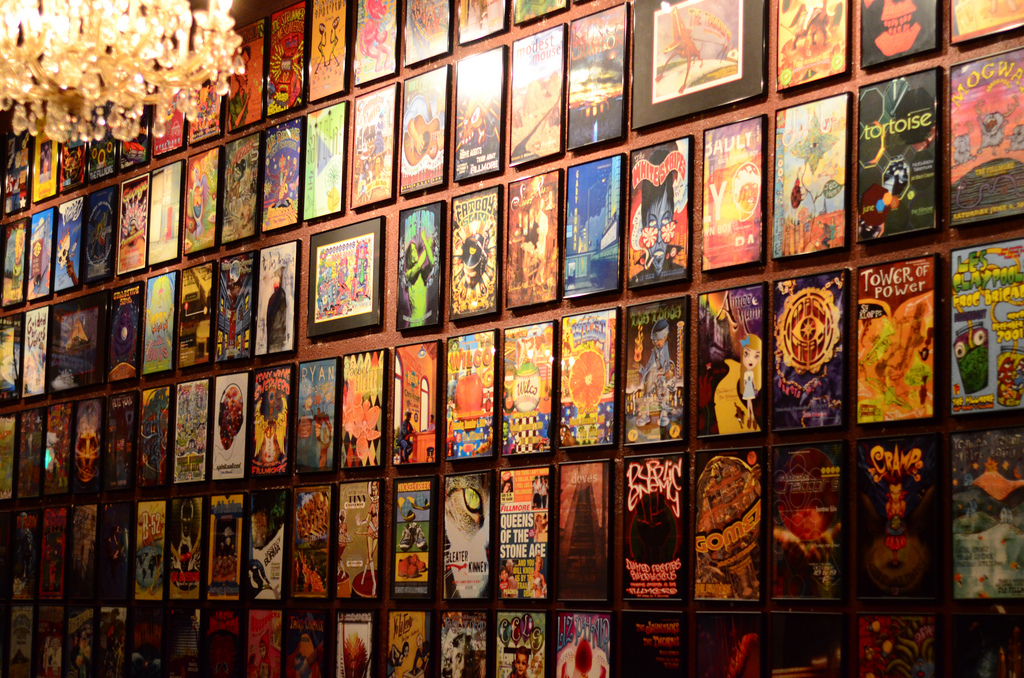 Welcome back to Tuned In – an ongoing series that highlights the best concert posters of the month (if you missed May’s roundup, check it out here!). These limited edition posters are typically available for purchase at each band’s merchandise table during the show, with a smaller portion sold directly from the illustrator or design studio.

This month finds us with a few familiar faces, but more importantly, four new artists to follow. I can’t tell you how much I enjoy digging through Instagram and Twitter feeds to bring this selection to you every month, and it’s only getting better. So let’s get to it and check out the best concert posters of June:

As if you needed another reason to visit New York City, Governors Ball Music Festival brought top-tier acts back to Randall’s Island Park for a weekend of non-stop music, and asked Tim Doyle to create the official poster. Similar to his Vietnam on Wheels series, the triptych poster brings together three individual posters to create one large scene. The 4-color print is limited to 400, and available in a few options. Governors Ball has all three posters for sale individually, and also as a set, while Nakatomi Incorporated is exclusively selling the complete poster as an uncut sheet, signed and numbered.

Hailing from Los Angeles, Danny Curnen aka Danny Excess, is an illustrator and designer that has produced a number of amazing posters over the last few years for notable acts such as The White Stripes, Nine Inch Nails, and Gary Clark Jr. His latest is a stunning 4-color print for the blistering U.K. duo, Royal Blood. The poster commemorates the second leg of their tour and is based on their song, Little Monsters. Limited to 250, the poster is currently available on Danny’s site.

The Alabama Shakes may have toned down the retro, Southern soul of their debut album for a little more bite and space on their latest album, Sound & Color. But the poster for their June 10 show in North Carolina is dripping with old-fashioned imagery. Vance Kelly’s poster, limited to 250, takes you on a trip courtesy of an antique flatbed truck and brilliant neon marquee. Pick this one up, exclusively at Beyond The Pale.

My Morning Jacket by James Flames

One of the year’s finest albums, My Morning Jacket’s The Waterfall, has led to one of the best tours in recent memory and a bevy of amazing posters. Following overwhelming support, the band has played multiple nights in a single city to meet demand, including three nights in Chicago, two in Las Vegas, and four in New York City. James Flames was asked to create a poster for the band’s two-night run in Detroit and totally knocked it out the park with three variants available: Green, Orange and Holofoil.

Simplicity at its best, the collaboration of Chris Everhart (of Silent Giants) and Rob Jones on this poster for Spoon is remarkable. If you’ve ever played the Mexican game Loteria, you will recognize that sinful devil stealing a bloody heart, and marvel at the fact that this poster was created with only two colors! Count yourself lucky if you attended Spoon’s show in Montreal, as this poster is currently not for sale anywhere else.

To be honest, I could write a thesis on the brilliance of cult-classic movie, The Warriors. Allowing me to see the 1979 film by Walter Hill before I could even ride a bike probably wasn’t the best choice by my parents, but I soaked that movie up like a sponge, and it seems I wasn’t the only one. Ian Williams’ poster for Bad Religion’s show at the Bowery Ballroom is heavily influenced by the film, and includes a member of the iconic/fictional gang, The Baseball Furies. The 5-color, artist edition is limited to 25, signed and numbered by Ian, and available now.

With June in the rear view mirror, we set our sights on July, and some monumental shows. As always, if we missed a killer poster, let us know, and as always, continue to support live music and local artists!