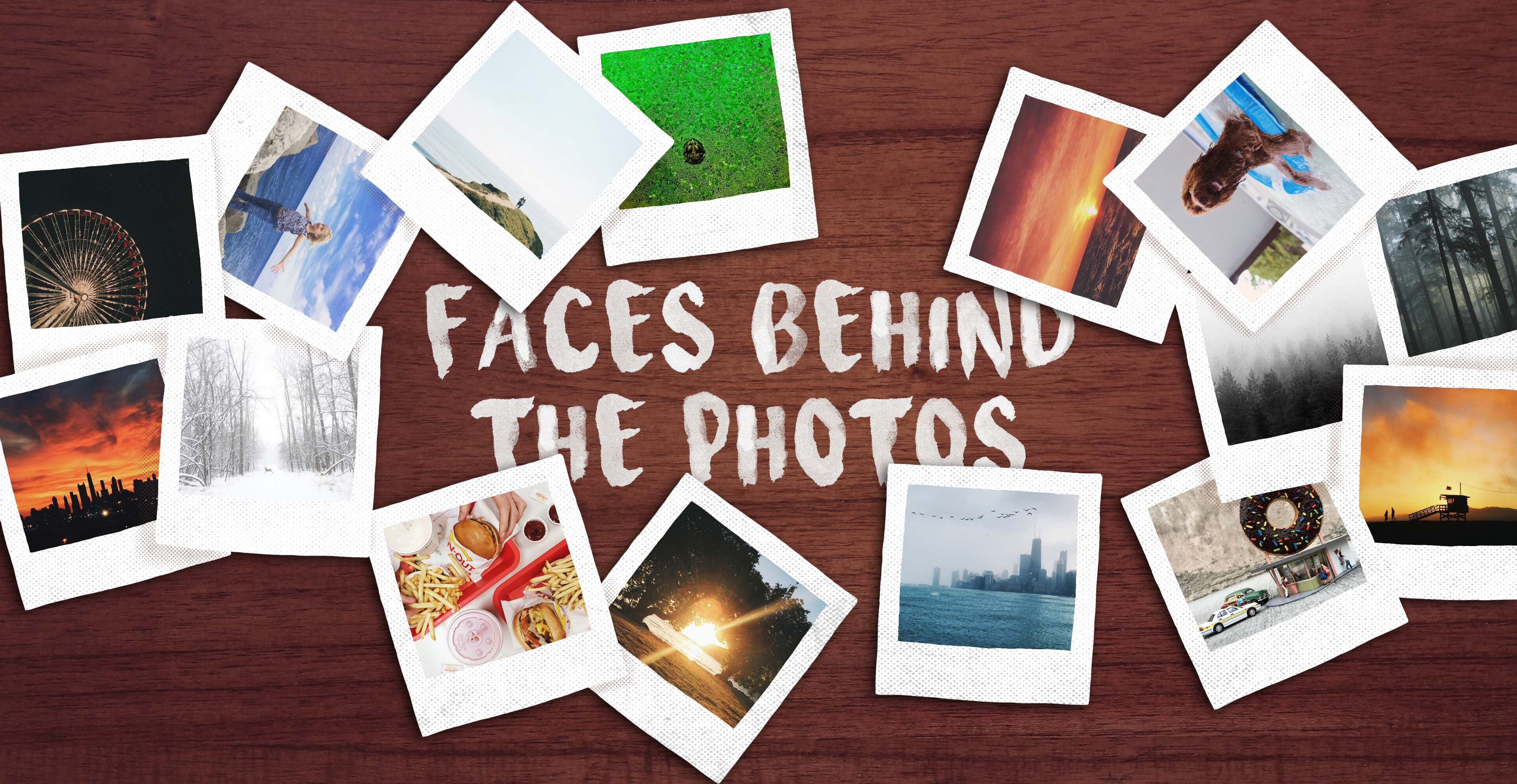 The Rep Your City Challenge has received over a hundred submissions in the first week, receiving scenes from downtown New York City to down under in the cities of Australia.

In celebration of the challenge, we reached out to some of our favorite photographers around the globe to curate a line of city tees to kick things off and get us inspired.

THE PHOTO |  This photo was taken on a beautiful summer night in Santa Monica while walking along the beach with some of my friends who were visiting. I set up this shot of the lifeguard stand with the sunset behind it and snapped a few photos. I felt it needed some human subjects, so I asked for a couple of my friends to go walk around in the frame to create these perfect little silhouettes.

ON LA | From urban DTLA, to a mountain adventure in the Angeles National Forest or a quick visit to the sunny desert, to a hike in Hollywood or to a sunset walk along a stunning beach in Malibu… There’s just so much to do, all of the time. The energy, the nature, the trees, the beaches – it’s just a photographer’s dream.

It doesn’t take much to get away from the crowds and discover the natural beauty of SoCal.

BEST NON-TOURISTY TIP | Get outside of the city and surround yourself in the luscious nature. Go on a hike near the coast in Santa Monica or Malibu… or escape to the mountains in the Angeles National Forest. It doesn’t take much to get away from the crowds and discover the natural beauty of SoCal.

ON PHOTOGRAPHY | I take photos to capture the scenes that surround me, in creative and unique ways. My favorite type of photography is forced perspective illusions that make you stop and think, “Woah! How’d he do that?” I want to inspire people to see in new ways…to think in new ways.

Check out more of Kyle’s photography!

THE PHOTO |  I was on a road trip and we were driving through the Marlborough region of the South Island. Despite the rain on this particular day, we were in awe of the valley. I grabbed a few frames from the window of our car as we drove along, and this one came out exactly how I wanted it to be.

ON AUCKLAND | I love the geographical landscape and compact size of Auckland. Since the city straddles the Auckland volcanic field, which is about 50 little volcanos, each of the city’s suburbs are sectioned and named after its nearest peak. Being so far removed from all the other major continents, Auckland is a city with an easy and laid back attitude.

I’m still trying to figure out what photography means to me. But I think it has to be very personal, like an extension of who you are.

BEST NON-TOURISTY TIP | Coffee Supreme is the best! People there know how to make a good cup of coffee and best of all, cafes with great food are the norm here.

ON PHOTOGRAPHY |  I’m still trying to figure out what photography means to me. But I think it has to be very personal, like an extension of who you are. And it would also be a tool for people to connect on a more intimate and emotional level. I think that’s the goal.

Check out more of Steven’s photography!

THE PHOTO | I was staying at my boyfriend’s apartment while he was out of town one weekend AKA bumming cable TV to watch horrible reality shows. His flight got in super early and he kept telling me to wake up for the sunrise. It was around 6am and cold out, so I wanted nothing to do with it, but I rubbed my eyes and couldn’t believe what I was seeing. It was incredible because the sky looked like it was on fire.

You can look at a photo and immediately remember that breeze of wind, what it smelled like, how you felt.

BEST NON-TOURISTY TIP | Pilsen. There’s so much culture, street art and yummy Mexican food. It’s only a 20 min train ride from the Loop and you can explore that place for hours! Also, I would check out the Maxwell Street Market. It’s basically a flea market in the city that happens every Sunday. Go and stop at the Rubi’s Tacos stand. You’ll thank me later because those are the best tacos in the city.

ON PHOTOGRAPHY | It allows you to document not only your life, but that specific moment. You can look at a photo and immediately remember that breeze of wind, what it smelled like, how you felt. It’s also wonderful to see how another person views the world through their eyes. You might think a pile of junk was just trash, but someone else can make it look like a work of art. So, in that sense, photography really helps you look at life differently.

Check out more of Crystal’s photography!

THE PHOTO | I shot this photo at Forest Park in Portland. I went out specifically to try to capture the fog and was so amazed when I got to the trail and witnessed this scenery. The fall leaves, tall pines, and fog rolling through was mind blowing!

ON PORTLAND | The balance of city living and nature. The mountains, forest, amazing waterfalls, high-desert, and ocean are all a short drive from Portland.

It gives me a chance to share how I see things and record moments or scenes that I want to remember.

ON PHOTOGRAPHY | It gives me a chance to share how I see things and record moments or scenes that I want to remember.

Check out more of Thomas’ photography!

I try to use my photography to tell a story.

THE PHOTO | Last winter my friend and fellow photographer Javi Gutierrez (@javi_gutierrez) and I wanted to get some good winter shots but all we were getting in Central Ohio was the wet, slushy kind of snow. We got some decent shots in the morning but as it got warmer, the snow started turning to rain. So rather than stick around and hope for the temperature to drop, we decided to just start driving north where the forecast was calling for 6-8 inches of snow.

Along the way we reached out to Eric Ward (@littlecoal) and Scott Summerville (@scott.free) and decided to meet up in Toledo, about two and a half hours away. By the time we got there, the snow had already exceeded the initial forecast and with the temperatures dropping it was now blowing and drifting too. Our friend Scott met us in the parking lot of Sidecut Metropark and told us that Eric had ventured into the woods and had spotted a deer along the trail.

Eric, always the consummate host, told us to take his spot in the center of the path as he carefully retraced our steps away from the deer. After he got a little ways down the path he entered the trees and flanked the herd of deer that were in the woods, just off the trail. When the deer figured it out they began streaming across the trail right in front of us. One after another, they hopped across the path as Javi, Scott, and I snapped away. I probably took almost 100 photos and I’m pretty sure this one was the 97th one I took.

BEST NON-TOURISTY TIP | Head to Oak Openings Preserve Metropark and find “The Spot.” The preserve protects an area that is both picturesque and geologically diverse. It is the home of more endangered plant species than any other place in Ohio and its been called “One of America’s Last Great Places” by the Nature Conservancy.

ON PHOTOGRAPHY |  I try to use my photography to tell a story. Often that story focuses on the incredible beauty I find in the people around me and places both obvious and overlooked. It’s really easy to be cynical given the countless the tragedies and injustices in the world. But despite those challenges, there are these incredible people and places that move and inspire me. My hope is that if I can share this inspiration with others, maybe I can make the world just a little bit better in the process.

Check out more of Brians’s photography!

Graphics Coordinator @ Threadless. I put bacon on everything.