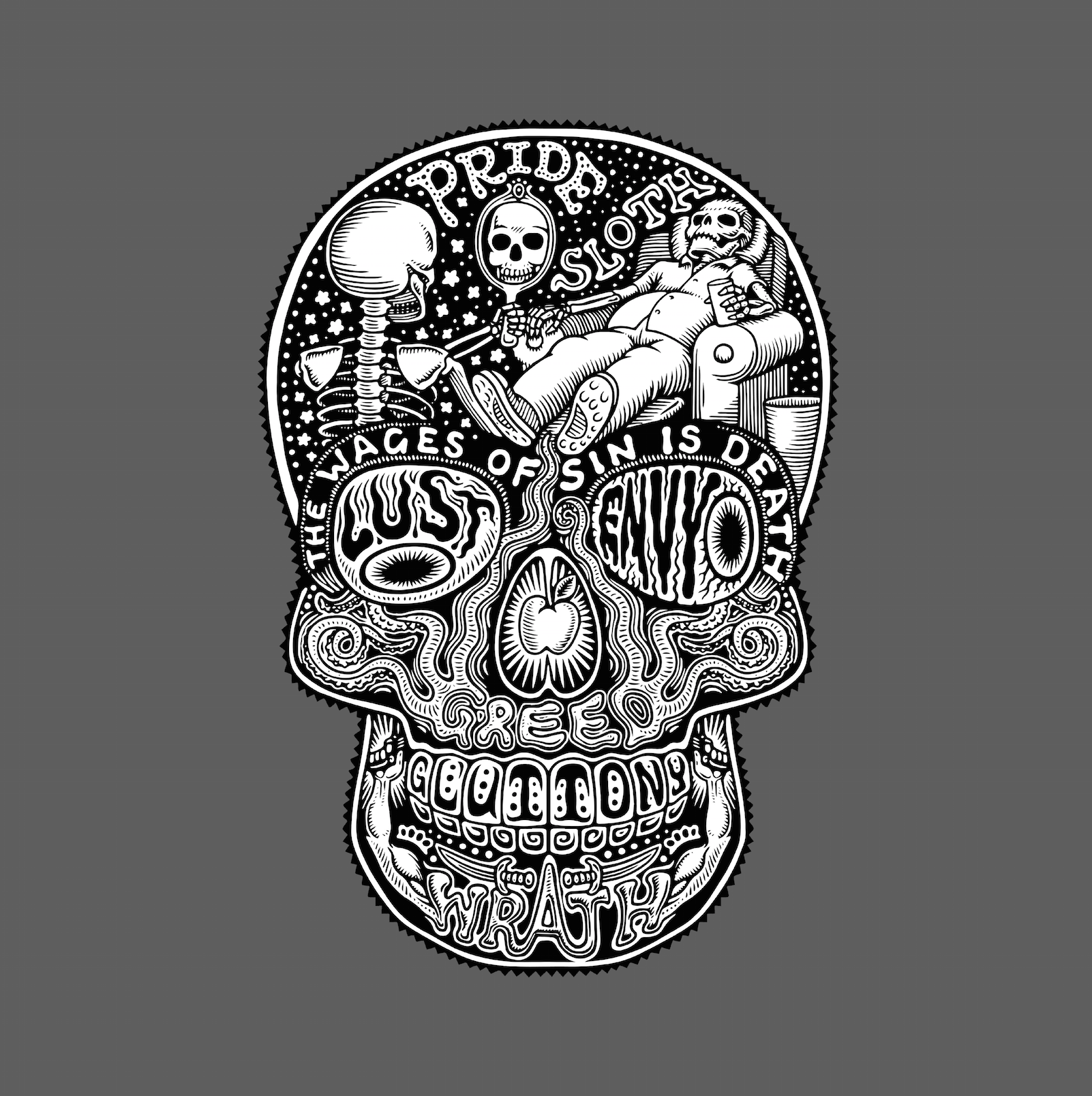 ‘Tis the season to be scary! And what better way to spread the heebie jeebies than with some good ‘ol fashion scary stories?

If you’ve run out of ghost stories or retellings of Scary Stories to Tell in the Dark to spook everyone out with around a fall bonfire, never fear! This week we asked our artists what their favorite scary story (or ghost story) was. Check out what they had to say!

I really love the classic scary story about the teens in a car who hear on the radio that a hook-handed killer is on the loose. After they hear a noise outside they quickly drive home, and then when they get home…THE HOOK HAND IS ATTACHED TO THE DOOR!! My main reason for loving it is the image of this poor psycho seeing his prized hook hand driving away from him and being left in the woods to figure stuff out.

Edgar Allen Poe stories are my favorite spooky tales. “The Black Cat”, “The Tell Tale Heart”, and “The Masque of the Red Death” are some of my favorites. He was a fascinating and amazing writer. Even the circumstances around his own death were eerie and mysterious!

I don’t know a lot of scary stories but there is this one I heard when I was a kid. Xuxa had a TV show and was very popular among kids back then and she had just launched her new doll. There was this little girl who really wanted the doll but her mother was very poor and couldn’t afford it. So the mother made a pact with the devil and then was able to buy it. She gave her daughter the doll and the girl was really happy. She loved it so much she would sleep with it every night. Then one morning the mother went into the girl’s bedroom and found her dead. Her body was covered in scratch marks and the doll’s hands were all bloody.

I can’t think of one straight off the bat, but I remember thinking my flat was haunted when I first moved in…maybe it was a sign that I should’ve made my own series of ghost stories. Maybe I’ll get possessed by a dead writer and gain those abilities, that would make a pretty cool story. Think I’m gonna write that one down…

As young kids, me and my cousins loved to romp & gambol under the big tables while adults had their famille-dinner-reunions. It was easy to hide under long white tablecloths. One evening, my grandfather started telling ghost stories. Music stopped, dimmed candles were lit, everybody silenced. The general mood was already giving us kids goosebumps. I remember especially one story of my grandfathers horses and the haunted place in the deep forest. Those horses were getting crazy nervous on approaching that one particular spot — and then completely froze by an old oak, unable to move forward. All the village people abandoned that spot already, while my grandfather was dubious on veracity of their stories. As a young man he feared nothing. But his neighbors obstinately have been warning him, reporting a silhouette of an errant soldier by the foggy days. Strange noises when no wind was blowing. A lantern glowing in between trees during the darkest nights. Grandfather himself never spotted anything strange there, but his horses did not want to pass by there each time he tried to. He also abandoned that path.