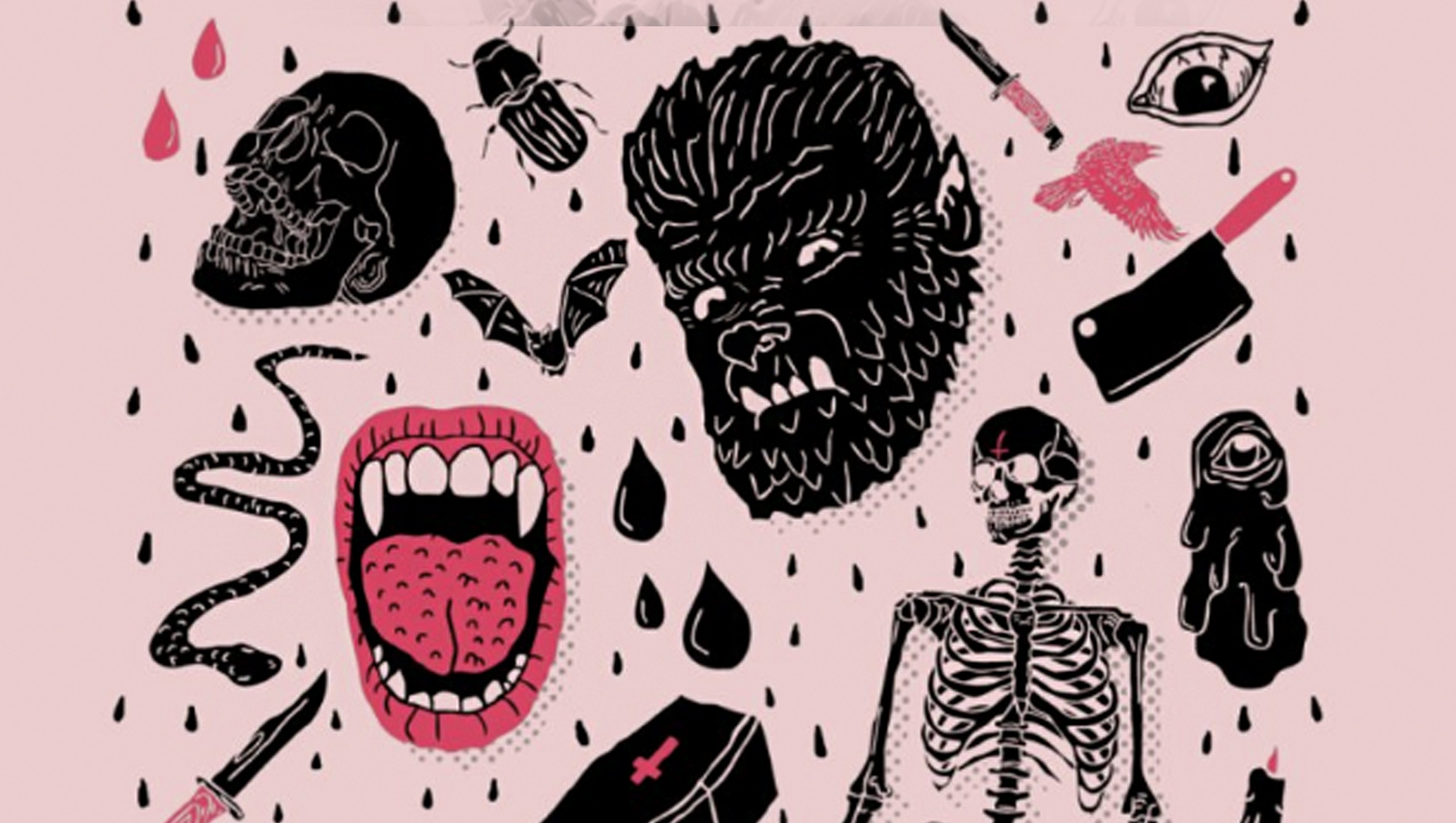 Got “Thriller” queued up on Spotify? Have you turned substantial pumpkins into Jack o Lanterns? Eating the obligatory candy corn (whether or not you actually like it)? Whether you’re throwing a Halloween party or just having a spooky Tuesday night, the most haunted of months is reaching a peak; time to cram in all of your October checklist activities before it’s over! And what better way of celebrating the season than with some good ol’ fashioned scary movies?

For a little inspiration, we asked some of our artists with spooky creative vision, what’s your favorite scary movie?

I thought It Follows was a really great throwback to classic ’80s horror, complete with a Halloween-esque synth soundtrack.

A Nightmare On Elm Street is the scariest movie I’ve ever seen. I watched it without permission at my neighbor’s house when I was eight years old and couldn’t tell my parents why I was having so much trouble sleeping for the next few weeks. Serves me right!

For intentional horror, I think REC2 gave me the most jumps. The idea of the living dead running around trying to take a bite out of you always gives me the creeps. As for unintentional scares, I think Jerry Lewis in Hardly Working left my jaw agape in pure terror. :-) And- just added these “Monster Cuties” for Halloween!-

My favorite scary movie(s) are a tie between Alien, Aliens, and Terminator/Terminator 2: Judgment Day. I’m also a big fan of The Thing (the John Carpenter version starring Kurt Russell).

That movie Creep with Mark Duplass…does that count as horror? Josef. What a spooky dude.

Bram Stoker’s Dracula is one of my faves. It’s totally over the top, and I defy you to show me anything scarier than Keanu Reeves’ English accent.

It’s not reeally scary, but my favorite spooky Halloween movie is definitely The Nightmare Before Christmas.

I’d say my favorite scary movie would have to be Thankskilling (gobble gobble). No, but in all seriousness, I think something along the lines of The Conjuring. Also maybe The Taking of Deborah Logan, just for the purely horrifying things that happen near the end.

I love watching scary movies, especially in the fall. My favorite to watch every year is John Carpenter’s Halloween from 1978. I love the music, the classic suspense, and the creepy, expressionless white mask of Michael Myers. Also, it’s brilliant in the way it achieves the scare factor without all the gore.

The Others, Chucky and Shaun of the Dead.

I’ll say The Evil Dead series by Sam Raimi. I’ve never been into scary just for the sake of it, but fun and scary – that’s a big yes! The Ash vs. Evil Dead TV series is a great follow up, btw. Laughs galore!

The Omen (1976). This movie has a super scary drama, which reflects the biblical and subliminal apocalyptic theme. It’s number one in my favorite terror movie.

Here in Ilustrata we’re three illustrators, and we have a very different opinion about this theme, but the scary movies have a great impact in our designs, mostly for Bruno and Victor:

I’m not a big fan f scary movies. But I love a sub genre of this, the trash movies. I love how this trash movies don’t gives a fuck to the logic, like the famous movie

“Attack of the Killer Tomatoes!”. I really appreciate this courage to someone makes a movie, a design or somenthing else no matter if it has sense or if people will think that you’re crazy.

And my favority thing on these trash movies is their posters, omg how it’s beautiful, this is so crazy that it’s became genious. I made the design serie of kaijus foods, and obviously I was inspired a lot by the kaiju movies, but is true to say that these thash movies posters had impacted me also almost as kaijus.

I don’t know that I could chosse a favorite, but the movie that make me lost sleep is ” Exorcist: The Beginning” I was 14 when I watch it and what a mistake!

I think i’m the one here who most like scary movies, i love to watch the classics, the old ones, the trashes and the new scary movies. I love the Jump scares, the stories and characters too. Actually i’m in love with the movie It (2017), but i have other favorites too, like Babadook (2014), Sinister (2012), Evil Dead (1981) and Blair Witch (1999), they are amazing masterpieces for me and a great inspiration too.

I hate scary movies, because in the school in a movie session it was exhibicioned the movie “the exorcist” and I’m traumatized by this until now . I remember that I couldn’t sleep for one week because of the nightmares with spinning heads.

My favorite scary movie is It Follows. It ruined the way I feel about strangers on the street.

I am not big fan of creepy media in general. The fact that my horror design was a cute kitty pretty much shows that I guess! But I am a big fan of Tarantino`s movies, and I really like Death Proof; it is one of his best pictures in my opinion, which you could call a scary movie, right?

Have a favorite scary movie of your own? Leave it in the comments and let’s geek out about it!

Check out even more horror designs!