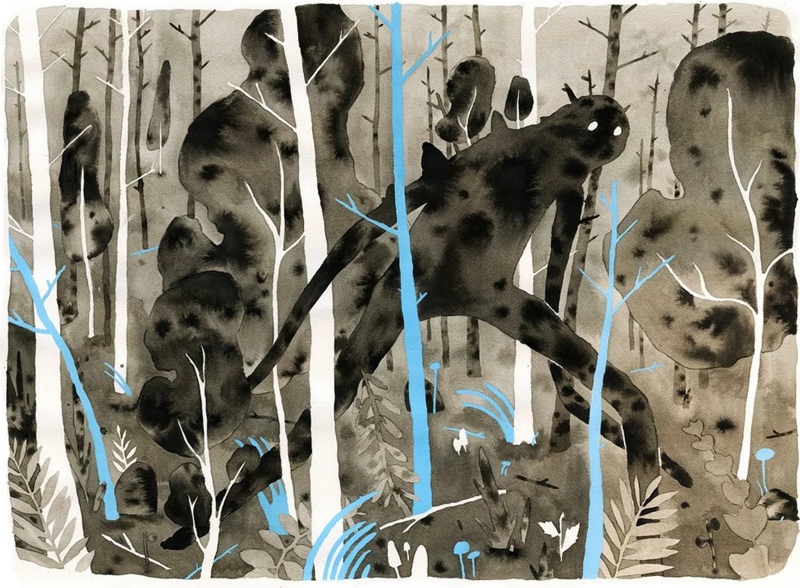 It’s nearly the eve of Friday the 13th – yesss, the darkness is almost upon us.

But rather than fear Friday the 13th, we want to celebrate it. And the shadowy, ethereally eerie art of Graham Yarrington seems like a worthy homage. 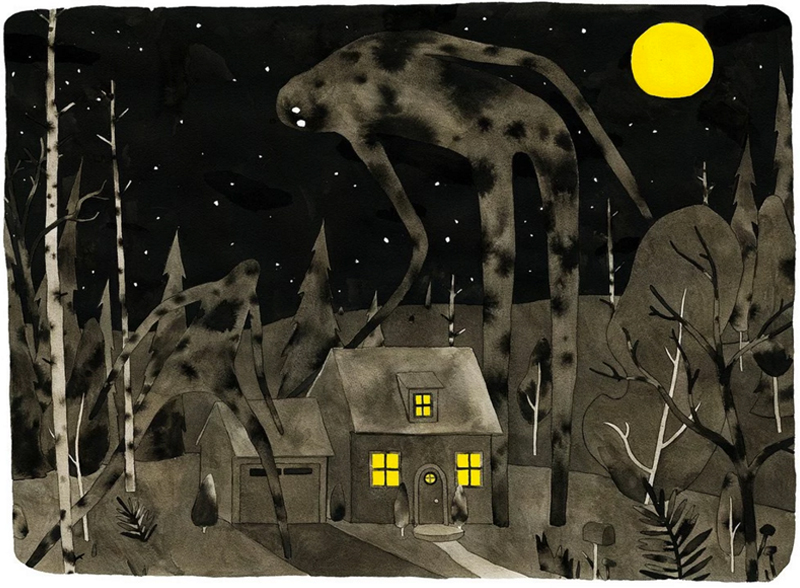 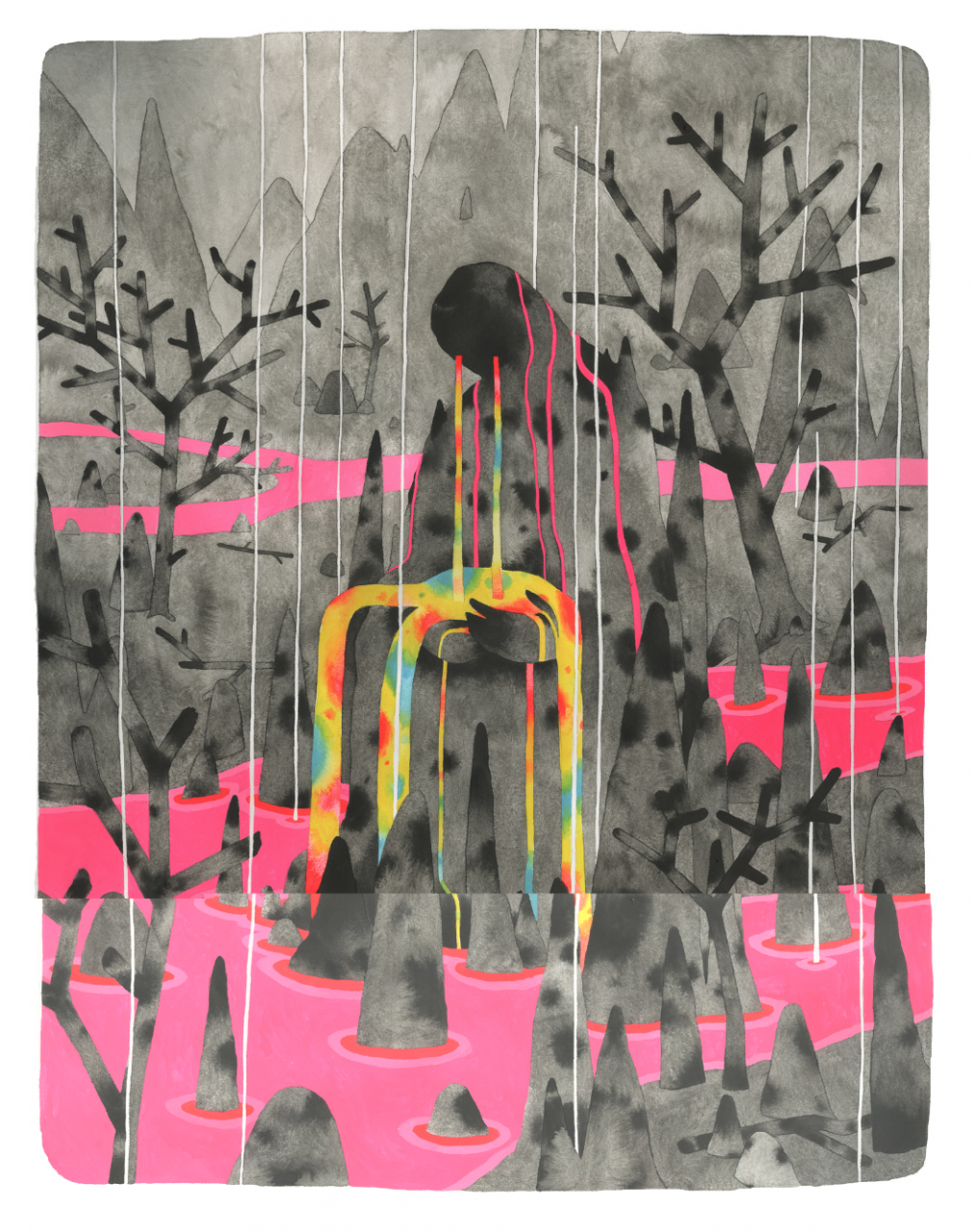 Some of the most intriguing art is that which combines the whimsical and cute with an unshakable edge of darkness that leaves you feeling inexplicably unsettled. Tara McPherson’s art, while cute and cotton candy colored, often delves into darkness. And Camille Chew – a.k.a LordofMasks – creates cute-yet-creepy patterns (that we’re a little obsessed with).

Yarrington does the same with his dark paintings. Bright pops of color in much of his work at first distract from the darkness of the atmosphere and melancholy vibe of his work.

His style has shifted quite a bit, as his earlier works were mainly made of up comic and human illustrations. 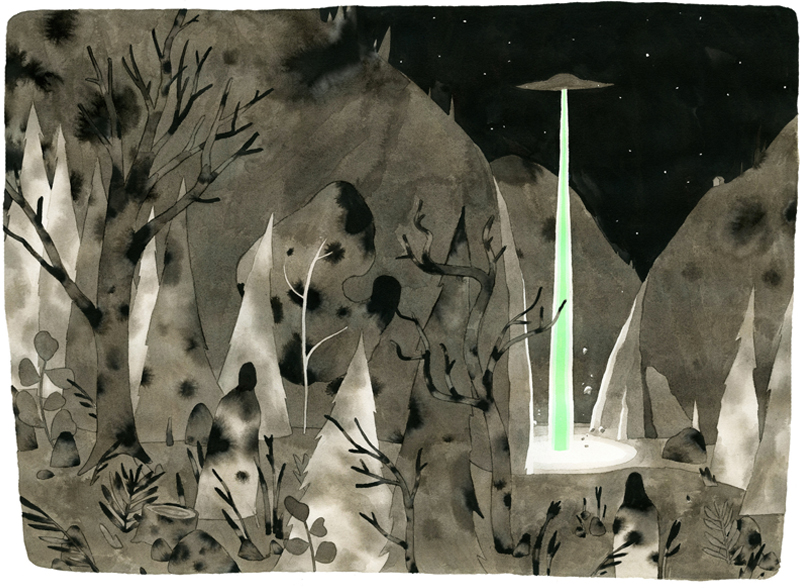 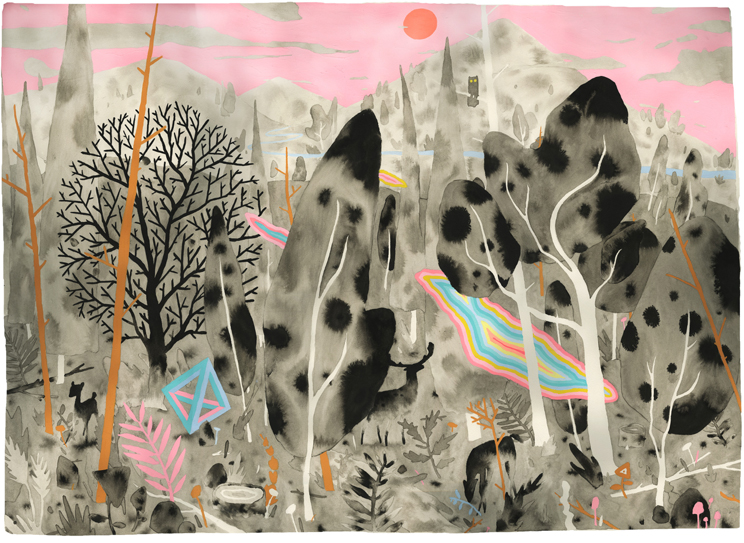 scenes plagued with dark shadows and figures, reminiscent of the shadowy spirits at the beginning of Hayao Miyazaki’s Spirited Away.

As he told hifructose, “I’ve always found that painting is the best therapy. I think that sadness and struggle will always play an important role in my growth as an artist.”

Perhaps that’s what makes them so utterly emotive and addictive – the emotion that gets put into his work is visible, tangible, and contagious.

Many of his works demand a second look, looking just like a normal forest scene until a closer look reveals the creepy figures hidden amongst the shadows. Kind of like one of our fave designs, “Larry the Fox Doesn’t Feel so Clever Anymore” below, which also requires a double-take:

It’s easy to get lost in Yarrington’s pieces, both his old illustrations and new dark art. And werecommend it, nay, encourage it. Check out his old and new work here on his tumblr, and check out his site to feed your dark little soul.

[Via hifructose and Graham Yarrington]