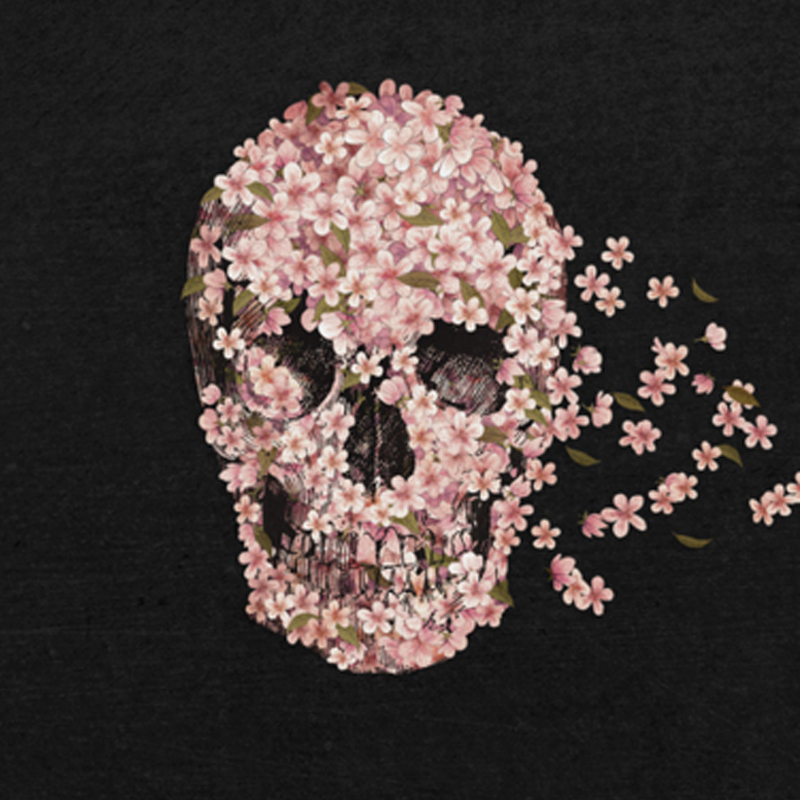 Terry Fan is like an actor you’ve seen a million times but still don’t know the name of. Because if you’ve ever set foot in an Urban Outfitters, there’s a 90% chance you’ve seen Terry Fan’s freakin’ amazing work.

The pieces most synonymous with this name-you-should-know are no doubt his “A Beautiful Death” (above) and his Moby Dick-esque painting, “The Whale” (below). And now that he’s opened a Threadless Artist Shop, we got to talk to the Ahab behind this this leviathan…well, Ahab minus the whole whaling part. 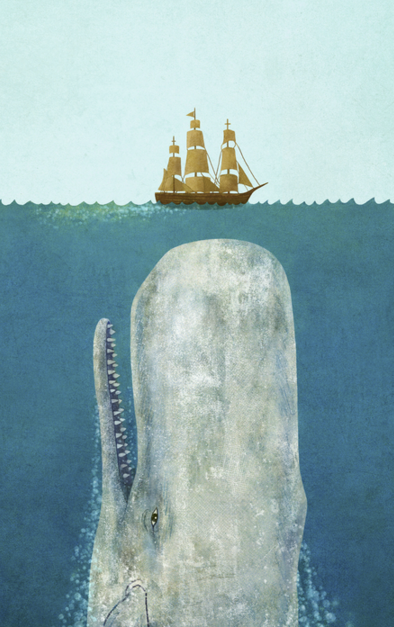 Your art is everywhere! I’ve always been a little obsessed with your piece “The Whale.” What’s it like seeing your designs out in the world!

It’s totally surreal! A lot of the times when I meet people, they have already seen “The Whale” somewhere and often seem a bit surprised when they find out that I’m the artist. I don’t often know who is buying my work, so it’s easy to forget how much of it is out there, I guess.

I noticed you have a bit of a whale theme going on – is this just for a series or do you just really like whales?

I do draw a lot of them, don’t I? I’ve always felt a deep connection to the ocean. Maybe it’s partly because I lived in Hawaii when I was a child. Later on we also used to take family vacations there and snorkeling among the reefs made a huge impression on me. It was like exploring another world, somehow both familiar and alien. For the longest time I wanted to be an oceanographer, just like Jacques Cousteau. Actually I still do! To quote the man himself – “The sea, once it casts it’s spell, holds one in it’s net of wonder forever.”

The ocean still holds so much mystery and wonder, the one place that is truly wild and, to a certain extent unexplored. Whales have come to represent something very primal to me, symbolizing a kind of rebellious spirit. I feel incredibly honoured to be sharing the planet with these unbelievable, magnificent creatures. This world would be such a sad, empty place without them and I fear that’s where we’re headed.

Would you rather travel through space or through the ocean in a steampunk world?

Haha, that’s a tough one. Both?

You have a very consistent style but you seem like you’re interested in so many different cool things from pop-culture to steampunkery. What inspires you most?

I keep a little dream journal on my nightstand because sometimes I’ll get great ideas that way. Other than that, there are so many things from the past, present and possible future that offer inspiration. It’s really endless and can come from some pretty strange places.

Your art has a unique texture to it – what medium do you use?

I mainly use a combination of graphite and ballpoint pen these days.

What project and/or piece are you most proud of?

My upcoming picture book in collaboration with my brother, Eric, entitled “The Night Gardener”.

I see you work with your brother on a lot of pieces – How do you balance it out with each other?

We do have quite a similar style. What I find really interesting though is the result of this blend of styles creates an altogether new style. There’s an unpredictable quality to it that I really love.

Who are your art heroes?

There are so many, too many to mention here. I would like to give a shout-out to a couple of them though – Joe Carr and Bianca Green (left); artist friends of mine, both of them incredibly inspiring as people and artists. I’ve done some exciting collaborations this year with Joe (right) through his printmaking website, Antiquated Press. He specializes in Intaglio printmaking, which is a very 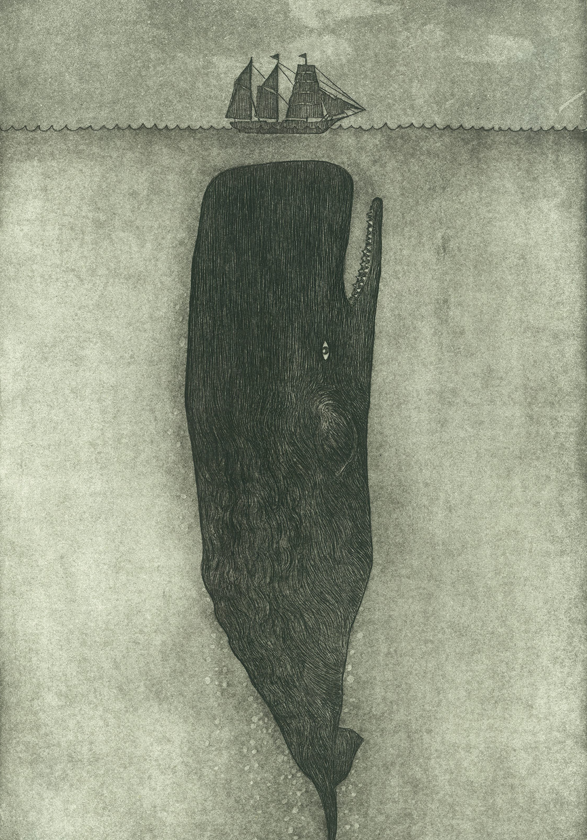 old-world, painstaking process, but the results
are absolutely stunning. Anyway, it’s been an honour being able to work with him. Bianca I’ve met a couple times in the past year and is just such a lovely person with infectious enthusiasm and boundless energy. I’m sure at some point I’ll be collaborating with her on a project as well.

Why do you do art? What’s your drive?

Well, I’m not even sure to be honest, but it’s just something that I love doing. It doesn’t really take any drive because I’m naturally inclined towards this kind of thing. I’ve actually tried a lot of different creative endeavours, but visual art is definitely what I’ve had the most success at. I really love music too and if I wasn’t an artist, I’d probably be a drummer or keyboardist in some obscure band. Anyway, as long as I’m doing something creative, I’m happy. 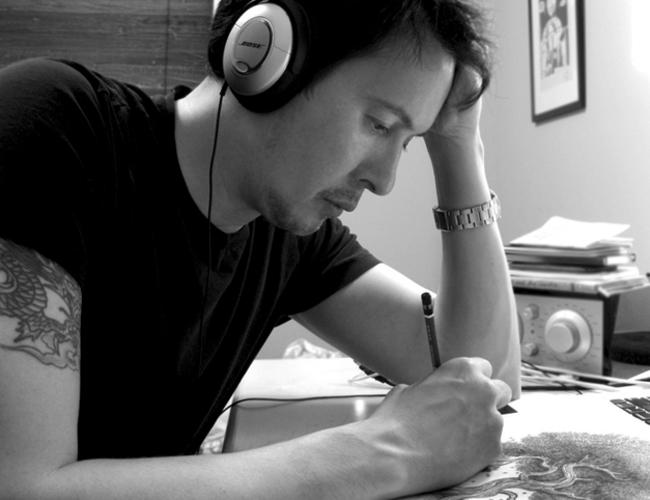 Usually I start with a hand drawn illustration which I then scan and import into Adobe Photoshop. In Photoshop I add colour, highlights and shading with digital brushes and also adjust the composition if needed. So my work is basically a blend of traditional and digital elements.

If you could travel to a time or place, real or fictional, where/when would it be?

I’d have to say the dinosaur age. To me, that would be cooler than anything I could imagine. Who wouldn’t want to see an actual Triceratops?

Featured image is “A Beautiful Death”