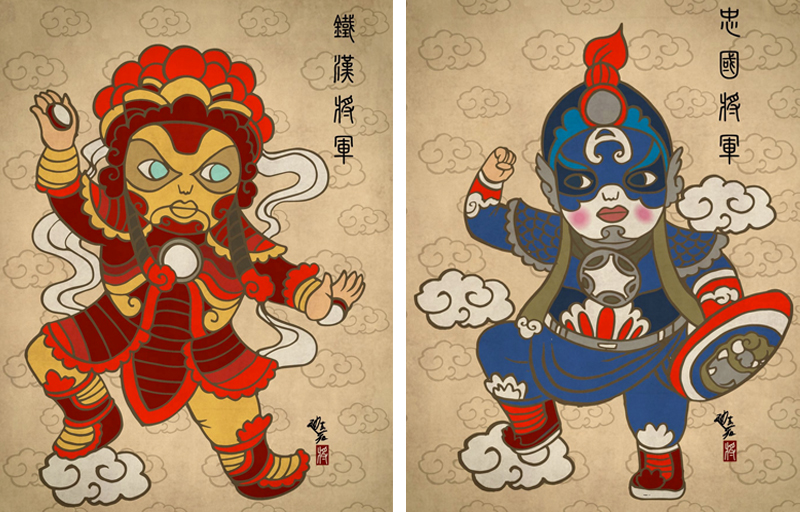 Fanart is always fun. But the best fanart is made when an artist takes two styles or franchises that would never mix and puts them in a metaphysical blender to make the perfect, style-mashup smoothie.

That’s exactly what Tik Ka did when he mashed up Marvel characters with ancient Chinese art, a.k.a the best crossover that we never thought of.

Perfectly timed to hold us over while we wait (im)patiently for Captain America: Civil War (44 days as of right now but who’s counting, right??) On his Facebook, he has each labeled with the hashtag #SuperHeroMeetChineseOpera.

A Chinese Opera made up of Marvel characters…yeah, that’d be awesome.

Ti Ka has Chinese Art-ized characters from Avengers, as well as the newbies on the team like Spiderman and Vision. He even threw in Deadpool, because why not?

Check out the rest of his creations here! He also did Star Wars characters in Chinese Art form – check those out right over here.

Want to make some Marvel Art of your own? Submit to our Marvel Challenge!