Craig Shimala is no stranger to adventure – especially when it means capturing the perfect shot. As Threadless’s resident Creative Director and an avid shutterbug, he has disrobed in freezing temperatures, storm-chased lightning, and showered in a glacier melt – all for the sake of documentation (and much to the delight of his Instagram followers). When a good friend asked if he’d like to spend two weeks visiting Alaska, it came to little surprise that he immediately jumped at the opportunity. “When you’re invited to Alaska, you say yes,” he says. Last June, Shimala set off for the trip of a lifetime, the only thing to stand between him and the Last Frontier a camera lens at the ready.

Shimala’s parents originally inspired his interest in photography. “My parents took photos of everything, and later my dad documented every family trip via camcorder,” he says, finally purchasing his own camera in 2002. “I ran with it at first, then fell in love with documenting everything myself.”

Documenting trips is nothing new for Shimala. He’s photographed destinations in 37 of the 50 states, including Yosemite and the Pacific Coast Highway. But Alaska felt like a totally new experience. “It’s impossible not to be surrounded by mountains, and the sun is up for 19+ hours a day,” he says. “It’s unlike any place I have ever encountered.”

Traveling with friends Ryan, Kathy, and Ken, the foursome decided to explore Alaska in an RV, their home for their two week visit. “We were able to easily do things on the fly; we never had to be anywhere at a particular time,” he says. Of course, roughing it always has it’s own unforeseen adventures. “One morning, as we were trying to access a lake to fish, we stumbled into the worst mosquito swarm of my life,” says Shimala. “We were fully clothed and armed with the most potent of bug spray, but this cloud of mosquitoes was seriously relentless!”

Besides mosquitoes, unexpected encounters with Alaskan wildlife greeted the group at every turn. “When visiting Alaska, always be ready for wild animals,” says Shimala. “I’m talking moose, bald eagles, and grizzly bears everywhere. At one point, were were on a beach with at least 20 bald eagles!”

Stumbling on a grizzly bear mid breakfast proved to be the group’s most unexpected meeting with the wild. Despite the bear’s hungry eyes, Shimala made sure to get the shot. “I was constantly on high alert, trying to spot the next animal,” he says.

As for Alaskan eats, Shimala experience reindeer sausage for the first time. “It’s everywhere,” he says. “I had it on pizza, as well as in standard hot dog style with crab on top. It’s really, really good.”

When not encountering (and, er, eating) the animals of Alaska, Shimala set out to see the sights. He names Mount McKinley, the tallest mountain in North America, and the Meares Glacier, featuring a front face a mile long, as two of the most inspiring things he’s ever seen.

Shimala also found time to visit fellow printed Threadless artist and Alaskan resident, Joe Car, who provided him with traveling tips, lent the group his Jeep for off-roading adventures, and invited them over for a family barbeque. “He gifted us home smoked meat and fish – it was perfect for the road,” says Shimala.

Without a doubt, travel plays a huge role in impacting Shimala’s creativity. “It’s so easy to get stuck in a cycle in our home bases,” he says. “Traveling allows you to break away from the norm, and explore unfamiliar places.” Next up for Shimala? “There’s been some chatter about Hawaii,” he says. “I’m crossing my fingers for that one.” 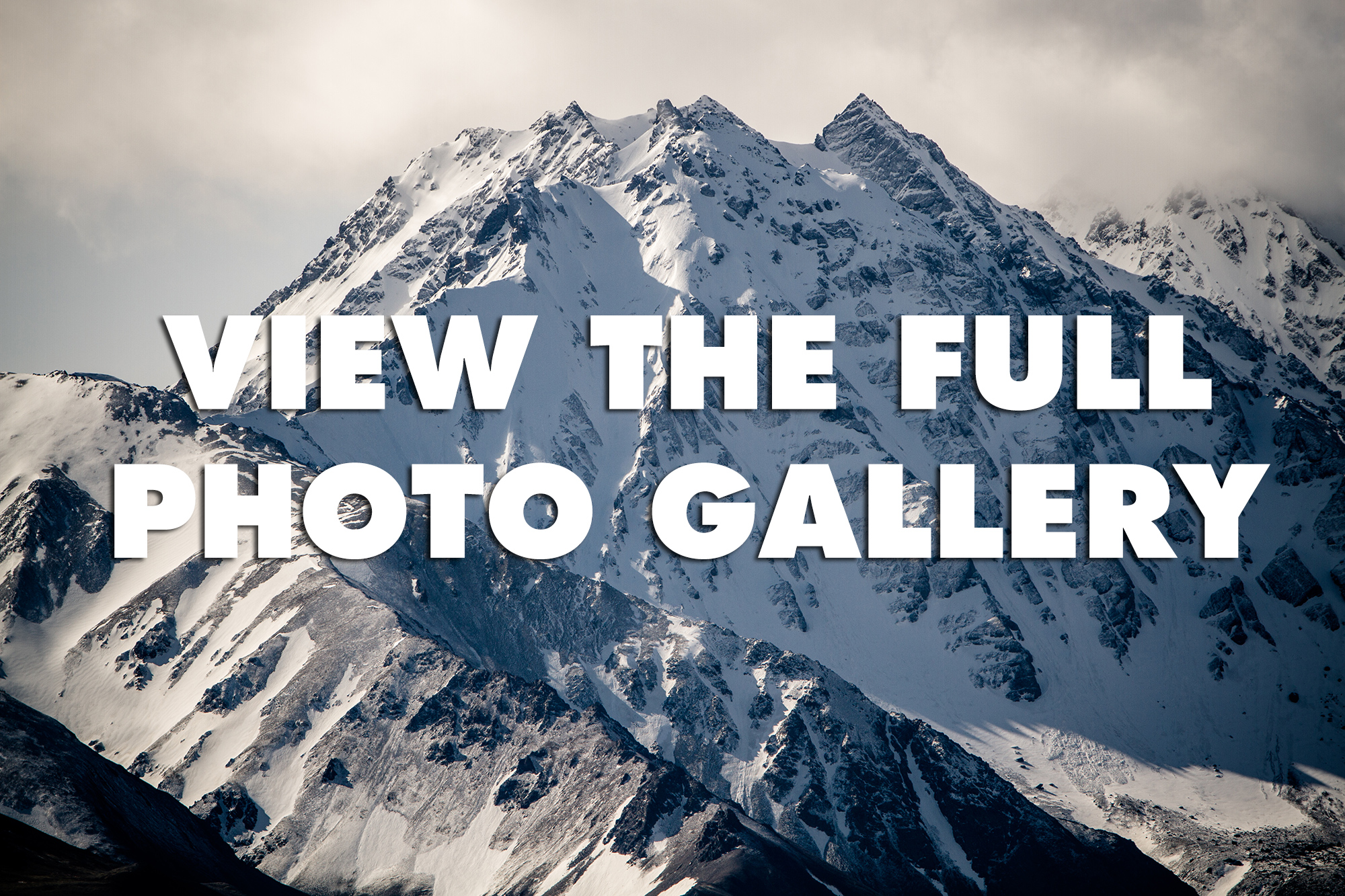 Eager to see more of Shimala’s trip? Check out his full collection of trip photos here!